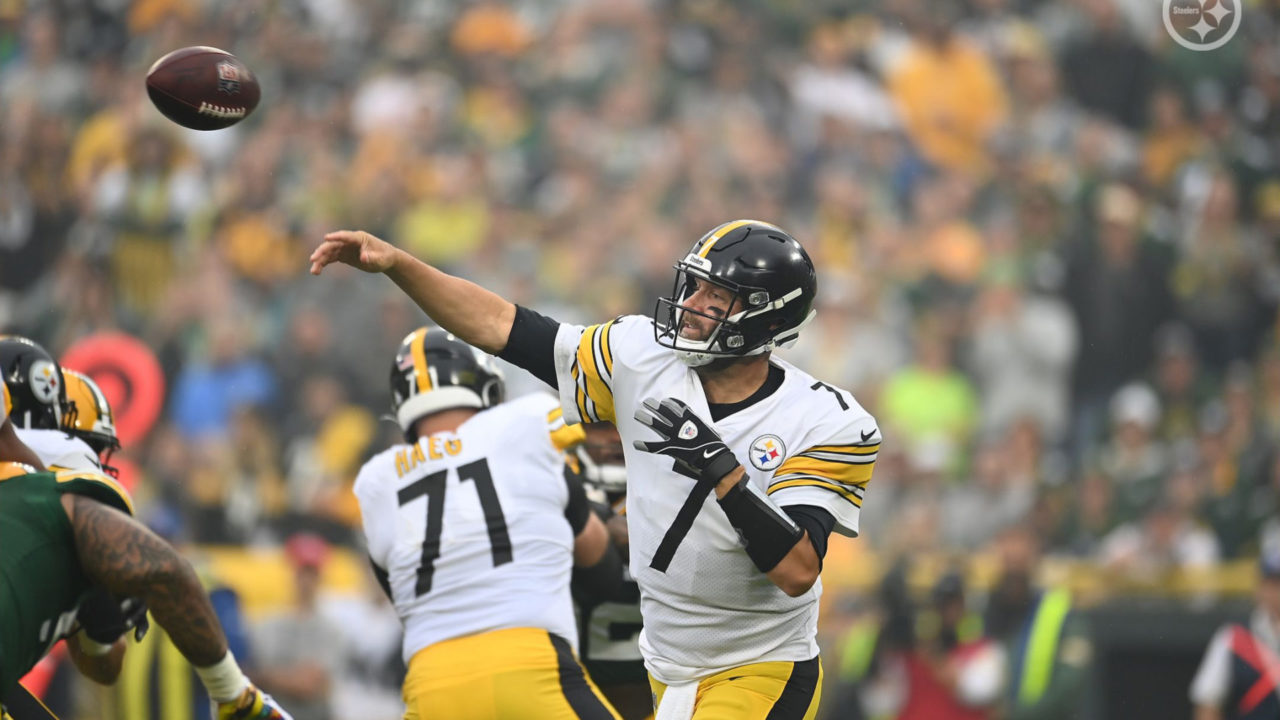 Steelers Scouting Report: What to Expect From the Denver Broncos

As we head into Week 5 of the regular season, it hasn’t been an easy one to watch for Steelers fans. Last week, they were handed their third straight loss on the road against the Green Bay Packers.

However, as we all know, it’s a new week and this has already been a crazy NFL season so far. This week, the Steelers return home to face a team that is coming off their first loss of the season and is looking to get back on track.

With that being said, let’s take a closer look at this week’s opponent, the Denver Broncos.

The Broncos are a team that has unfortunately already suffered several injuries to note at this point in the season. On offense, they will be without young star receiver Jerry Jeudy who was placed on the Injured Reserve due to an ankle injury. Fellow second-year receiver KJ Hamler is also on the IR with a knee injury.

The Broncos could also be without running back Melvin Gordon III (Leg), quarterback Teddy Bridgewater (Concussion), tight end Albert Okwuegbunam (Hamstring), and receiver Diontae Spencer (Chest) as they are all listed as questionable. Bridgewater, Gordon, and Spencer practice in limited fashion while Okwuegbunam was not able to participate. Both starting guards, Dalton Risner and Graham Glasgow are also listed as questionable for Sunday’s game.

Defensively, Denver will be without outside lineback Bradley Chubb (Ankle) and inside linebacker Josey Jewell (Pectoral) who were both placed on the IR. Linebacker Baron Browning, along with cornerbacks Pat Surtain II (Chest) and Ronald Darby (Hamstring) are also listed as questionable. Darby was designated to return from the IR on Wednesday and Surtain is looking like he will likely be able to go.

Denver’s Offense is Searching for Their Identity

While Denver has a promising record of 3-1 right now, it isn’t due to outstanding play from their offense. They brought in a new quarterback in Teddy Bridgewater this offseason and he was able to beat out Drew Lock for the starting job.

However, Bridgewater has struggled at times this season. So far, he has only thrown for 892 yards with five touchdowns but has yet to throw an interception. With him being in concussion protocol, it will be interesting to see if he makes the start or if Lock is called on.

Following the injury to Jeudy, Courtland Sutton has been the clear number one receiver with 18 receptions for 257 yards. He is joined in the passing game by an athletic tight end in Noah Fant, along with receivers Tim Patrick and Diontae Spencer.

They will be facing a Steelers secondary that has been up and down this season due to injuries at corner and in the pass rush.

Luckily, those injured players are back now and will be looking to make things miserable on whoever is under center. Pittsburgh currently sits at 19th in the league in passing yards allowed with 258.8 per game and has given up eight touchdowns while only coming away with one interception.

Star safety Minkah Fitzpatrick will be looking to change that as he has yet to make a big play like we are used to seeing this season.

On the ground, the Broncos haven’t been much better. Melvin Gordon III is their lead rusher with 51 carries for 248 yards and two touchdowns on the season. He has shared carries with rookie running back Javonte Williams who has rushed for 186 yards and a touchdown on 46 carries.

This duo will be facing a Steelers front seven that has continued to be solid against the run, even with the injuries they’ve had to overcome. Pittsburgh currently ranks 11th in the NFL in rushing defense, allowing 99 yards per game and only one rushing touchdown so far.

Broncos Defense Has Returned to Dominance

Even after suffering a huge loss with the injury to Bradley Chubb, Denver’s defense has returned to their old form so far this season. They are currently sitting at fourth in total defense, allowing 267.8 total yards per game and only 12.3 points per game on the season.

Their strength on defense this season if you had to pick one has been against the run. Denver ranks fifth in the league in rushing defense, allowing only 70 rushing yards per game and two rushing touchdowns this season. Their front seven is led by veteran, future Hall of Fame outside linebacker Von Miller. He will be joined in the starting lineup by Malik Reed at the other outside spot with Alexander Johnson and Justin Strnad at inside linebacker. Baron Browning and Micah Kiser will also rotate in at inside linebacker. In front of them, the defensive line will consist of Dre’Mont Jones and Shelby Harris at the ends with Mike Purcell at nose.

This group will be facing a Steelers run game that has struggled for most of the season. However, this is mainly due to struggles on the offensive line as rookie running back Najee Harris has showed the makings of a future star. He will look to improve on his numbers as he has 55 carries for 185 yards and a touchdown on the season.

Denver has also looked very good against the pass this season. Their secondary is at 6th in the NFL in passing defense, allowing 197.8 yards per game and only three passing touchdowns while coming away with four interceptions on the season.

This secondary is led by free safety Justin Simmons who is arguably a top 10 player in the NFL at his position. He will be joined in the secondary by Kareem Jackson at strong safety with Kyle Fuller and Pat Surtain II starting at the corners. Bryce Callahan will play the nickel and be used in the corner rotation.

They are going up against a Steelers team that has been ugly in the passing game this season.

Quarterback Ben Roethlisberger has been out of sorts this season, especially last weekend. This could be one of his final chances to keep his starting job and will be hoping to get back on track with his abundance of weapons, most notably re-establishing a connection with receiver JuJu Smith-Schuster who he missed on two touchdown opportunities last week.

This feels like an absolute must-win for the Steelers if they want any chance to revive their season. Luckily, it feels like a very winnable game. Both of these offenses have struggled so I see this being a low-scoring defensive battle.

As I already mentioned, this is a prove it game for Ben, so hopefully his offensive line can give to do just that. On the opposite side, I just don’t see either of these Denver quarterbacks having any luck against this Steelers defense. I think this is a very close game with Ben coming into his own and making some plays that we have missed all year to pull away with a 20-17 victory.