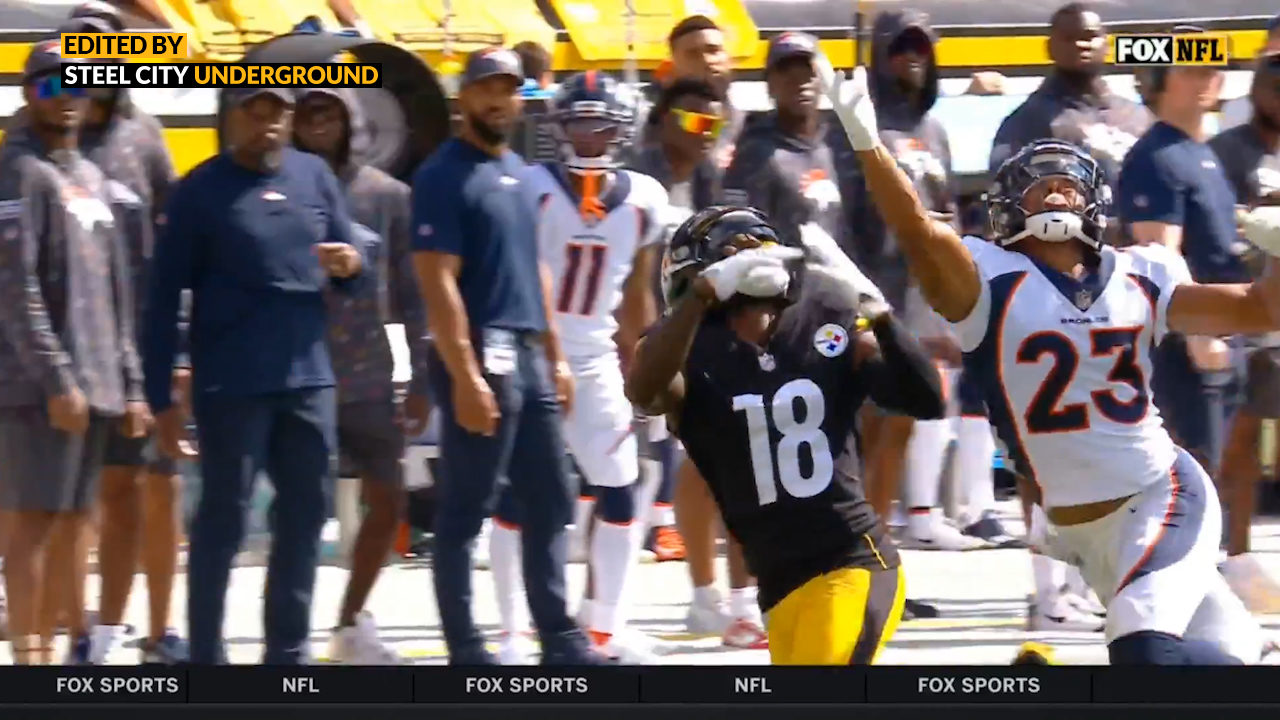 Once again, Ben Roethlisberger’s demise may have been greatly overexaggerated.

The Steelers franchise quarterback, and all but certain first ballot Hall of Famer, isn’t ready to let Father Time dictate the end of his career just yet!

Early in the first quarter, a period in which the Steelers offense has struggled mightily, Big Ben shows off his arm strength, finding WR Diontae Johnson on a deep pass, and touchdown reception, for a second straight week.

The ball would travel 35 yards in the air as Johnson walked untouched for the other 15 on the 50-yard connection.

The points would ensure that the Steelers would never look back from the early lead for the entire game, securing a 27-19 victory over the Denver Broncos. (Which would also break a three-game losing streak.)