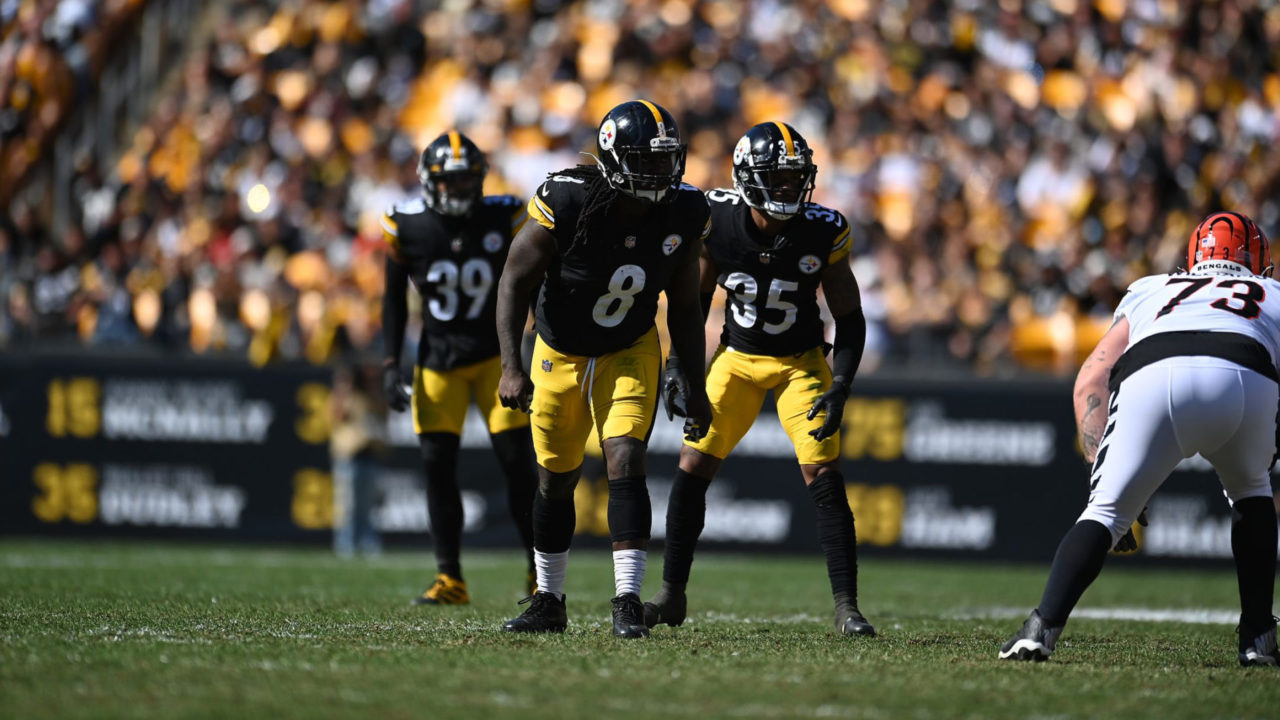 What a difference a week makes.

Somewhere during the Steelers bye week, a rumor leaked that there was trouble in paradise, as edge rusher Melvin Ingram, who was signed this offseason, wanted out of the Steel City.

The news made me do a double take: what?! Why?!

Let’s rewind. Ingram was signed to a one-year deal on July 20th. This was a day before players reported to camp on Wednesday and with Training Camp kicking off on Thursday.

The veteran was brought in after the team learned that guard David DeCastro wouldn’t be returning this year. That news freed up unavailable cap space that the cash-strapped Steelers didn’t have all offseason.

The shrewd move was a bit of a prove-it deal for Ingram. He finished the 2020 season appearing in only seven games, and had missed three the year before that. Teams were looking the other direction on the 32-year-old pass rusher, who had experience as both a 4-3 end and a 34- outside linebacker.

The Steelers needed depth. They also needed a veteran hand to help mold a new offensive line in camp, as T.J. Watt, one of the two starting outside linebackers, sat out of team drills all summer while negotiating a new contract.

It was almost understood by anyone that Ingram’s addition was as a backup. His role, to rotate with Watt and second-year linebacker Alex Highsmith, spelling them when necessary as well as filling in if either should get injured.

That plan worked to fruition beautifully in Week 1’s win against the Buffalo Bills, where the presence of a fresh Ingram overwhelmed the Bills. Preserving the older veteran player appeared to rejuvenate him but before you knew it, Ingram was done rotating and would start in place of both Watt and Highsmith, each dealing with groin injuries.

Playing 54, 57, 47, 35, and 36 snaps didn’t seem abnormal. Most of those numbers were at least half of all defensive plays, with the 47 being a full participation trophy in an injury-riddled game against the Bengals.

Ingram’s 17 snaps against Seattle didn’t seem awkward at all when the defender showed up on the injury report last week with a groin injury of his own. However, we have to question the legitimacy of that injury after the new surfaced of his agents seeking a trade out of Pittsburgh.

None of it makes sense. I don’t care what anyone thinks of older players wanting one last ride: this was the ride. Ingram was playing alongside a bonafide Defensive Player of the Year candidate, rotating in with a young stud in Highsmith, as well as some packages which saw all three on the field at the same time.

So what went South?

I don’t think we’ll ever know the full story, and if Ingram truly believes he was being mistreated, it’s probably best he isn’t in that locker room any longer.

Some fans and analysts have the story upside down of course. The player is in his right. The 32-year-old was being mishandled and needed a fresh start. Forget that start was with the Steelers this season, a team who took a chance on him over other prospects. (Notably Justin Houston claims he was courted by Pittsburgh, but the Steelers signed Ingram first, presumably over Houston.)

Others are blaming Kevin Colbert, who just turned a sour backup with half a season left on his contract into a future sixth round draft pick. Those late picks don’t always pan out, but don’t ask Tom Brady or Antonio Brown about that…

Yet, the General Manager found a way to get something out of the situation, while adding Derek Tsuzka and Taco Charlton to the mix. Each of the latter two showed enough poise in reserve roles Sunday at Cleveland to convince the Steelers to move on from Ingram.

While I felt Ingram was a great addition this summer, it’s not as if his contributions can’t be matched either. The Steelers won’t miss his lone sack or his ten total tackles over six games. His 7 QB hits are impressive, but Highsmith (who shared snaps with Ingram) isn’t far off with four.

It’s not hard to see that this situation mirrors the one with James Harrison years ago, but only in some ways. Unless Ingram was promised something other than he received, i.e. competing with Highsmith to start, then I don’t see what his complaint is. The Steelers took a chance on this aging, injured vet only to get burned by another outspoken “me” personality.

I’ll be keeping an eye on what he does with Andy Reid and the Kansas City Chiefs, but I don’t expect much. Proving once again that the team is much more important than then the individual.