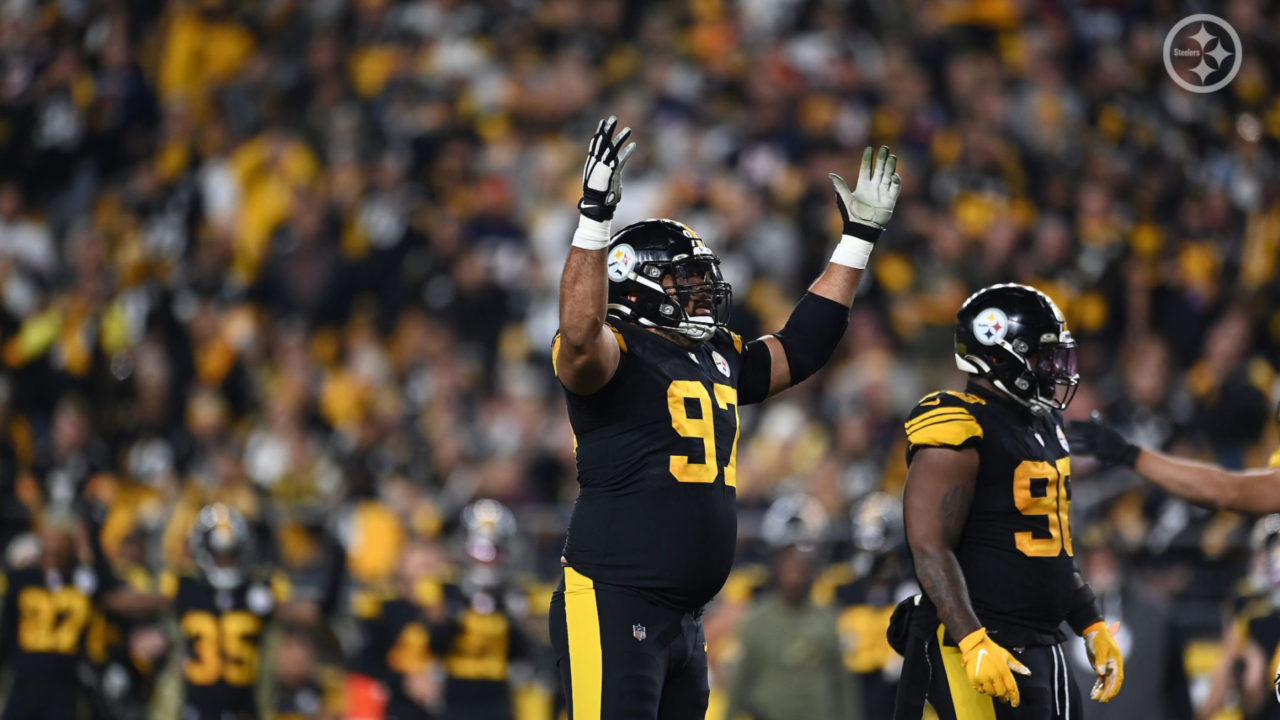 The 5: Steelers I’m looking at to have a big game against Detroit

The Pittsburgh Steelers head back to Heinz Field this Sunday to host the winless Detroit Lions.

While many fans may see this game as an “easy” win, there’s no such thing in the NFL! The Lions travel to Pittsburgh fresh off of a bye week, and looking to knock off the winners of four-straight for their first victory of the 2021 season.

To prevent that from happening, here are the Steelers I feel need to have a big game.

At the top of my list is Moore, who has been suspect in pass protection over the last several weeks.

Granted, Moore drew Myles Garrett two weeks ago, but he’s been the source of Ben Roethlisberger getting sacked or being hurried: most of which has led to turnovers.

The Lions have some solid pass rushers, but they have failed to get after the quarterback in recent weeks as well. I’m looking for Moore to have a bounce back game and continue to develop against Detroit.

The Lions are a really bad football team. Defensively, they’re among the worst against the run.

Unlike the Chicago Bears, they do not have a front seven that should be capable of holding back even a suspect Steelers offensive line.

I’m looking for the Steelers to hitch their wagon to Harris, who should have 100 yards of rushing this Sunday.

Harvin didn’t have one of his stronger games on Monday, and will be counted on to help keep the Lions league-worst offense in less than desirable field position.

Watt is always a default player to watch, as there’s a certain level of expectation on his play – and he somehow still exceeds those expectations.

The storyline Sunday will be Watt matched up against Lions rookie OT Penei Sewell, the seventh overall pick in this year’s draft. Let’s see how the newcomer handles a perennial DPOY candidate.

More low-hanging fruit, but Lions QB Jared Goff has struggled mightily against good interior defensive lines. The Bears and Vikings each got to Goff four times earlier this season, with the Eagles sacking him five times in their previous game.

Heyward has been a monster all season thus far and should feast. It may not show on the box score, but I’m willing to bet his disruptive actions open up more opportunities for his teammates, such as the aforementioned Watt as well as Alex Highsmith.