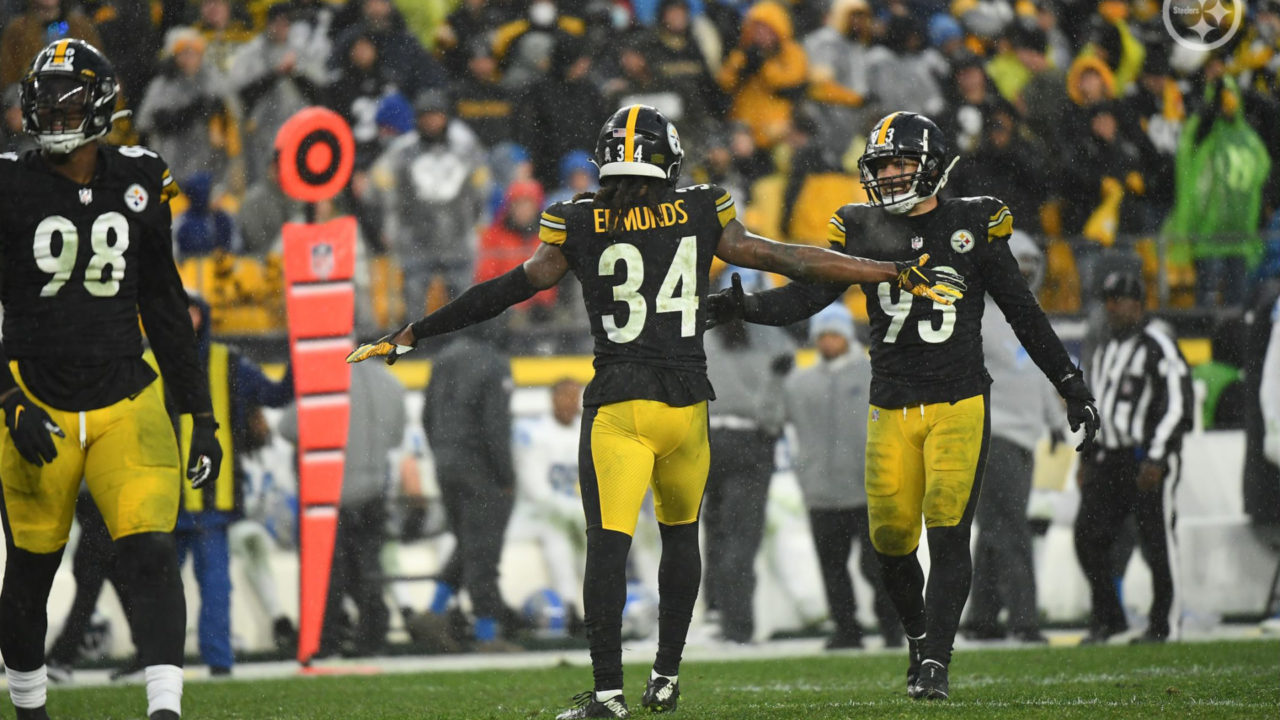 8 Steelers surprises in Sunday’s tie game with the Lions

The Pittsburgh Steelers drew the Detroit Lions on Sunday, as the AFC North team tied an 0-8 opponent.

Pleasant or not, the surprises kept coming during the game, but before the ball was kicked off, the biggest shocker rippled through Steelers Nation as well.

Here are my picks for some surprises from Sunday’s game.

Let’s start with the biggest surprise of the game: Ben Roethlisberger being ruled out, via testing positive for COVID, the night before the game.

This led to backup QB Mason Rudolph becoming the starter with less than 24 hours notice.

With the backup quarterback in, the Lions won the coin toss and immediately put the pressure on Mason Rudolph to get the ball first.

Rudolph responded, with a 10-play, 83-yard drive that ended with a touchdown pass to James Washington.

That proved to be short-lived, as the Steelers defense relinquished 114 rushing yards in the first, heading into halftime tied 10-all.

In the second half, the Steelers defense continued to get gashed. They couldn’t get off of blocks, failed to fill gaps, and couldn’t tackle to save their lives.

While the bleeding stopped as the game wore on, the defense still gave up an additional 105 yards in the second half, including a 42-yard touchdown run by backup RB Godwin Igwebuike.

Had they been able to stop the Lions run game earlier, perhaps the game would’ve never gotten to where it ended. (Color me very surprised by this development.)

Could we all have done without players leaving the game?

The Steelers were already down WR Chase Claypool and then starting QB Ben Roethlisberger. They would then lose Najee Harris (temporarily) as well as Cameron Sutton and Minkah Fitzpatrick at points throughout the game.

However, T.J. Watt, Joe Haden, Kevin Dotson and Trai Turner would all leave the game and not return.

The result was a bunch of backups filling the role of starters – the Steelers already had this on their defensive line with Stephon Tuitt and Tyson Alualu replaced by the likes of Chris Wormley, Isaiah Buggs, and Henry Mondeaux.

Taco Charlton and Derek Tuszka logged 44 snaps combined, more than half of the defensive plays total (71). That’s more than you care to see from players who joined the team in September and October.

Protecting the football and winning the turnover battle were not in the stars for the Steelers on Sunday.

They would lose the turnover battle 3-0, starting with a Mason Rudolph interception and ending with not one, but two untimely lost fumbles in overtime – each of which may have setup kicker Chris Boswell for a game-winning field goal.

Let’s focus on one positive: Edmunds.

The Steelers, maybe due to lack of other options, used the former first-round pick all over the field on Sunday. You could find Edmunds lined up deep, on the line of scrimmage, and even off of the edge, where CB Joe Haden may have been if not being sidelined.

Edmunds routinely lined up on TE T. J. Hockenson, the team’s leading receiver and top target, who was held without a catch.

Edmunds was also sent on a rare blitz, where he attacked Lions QB Jared Goff within moments and took him down for a huge 13-yard loss in OT.

Another positive was McCloud, whom I jokingly called “Antonio McCloud” with those sitting with me at the game.

McCloud finished the day with 7 receptions for 63 yards, and should’ve had a hero’s welcome of a wide-open touchdown too.

He also nearly broke a big return twice, and it almost felt like a splash play was surrounding him. However, his routine plays were surprising, as we had yet to see McCloud so involved in the Steelers passing game.

The end result was disappointing, but I’m not sure that some fans or even analysts “get it”.

Losing three possessions to any NFL team should end in a loss. Somehow the Steelers avoided that fate, which should be commended – not by much, because it’s not a win, but a tie is also not a loss.

I don’t fault the coaching staff in this game as much as the “Tomlin plays down to opponents” critics do. The mistakes, namely the turnovers, were on those individuals – Rudolph, Kallen Ballage, Diontae Johnson, and Pat Freiermuth.

The defense missing tackles or getting gashed by the Lions one-dimensional run game is on those players too, but I’ll at least acknowledge the missing players on that unit as part of the issue – but not an outright excuse.

The Steelers still had opportunities to win in regulation and OT:

Overall, I’m not anti-Rudolph in this game. I don’t think you want your backup quarterback attempting fifty passes against a bad run defense. That’s my major complaint, particularly when the McCloud missed opportunity was the third-straight pass attempt from five yards out.

However, what do you do when you have your backup thrown into action with less than a day’s notice? I’m not sure I have all of the answers – and on a short week against an opponent fresh off of a bye.

The result could’ve been worse – maybe much worse – when you see what other backups did around the league.

To note, I actually feel bad for Rudolph, as he’s taking the brunt of the public opinion, which would only be fair if you saw the box score out of context. For once, I wish this kid would get a full complement of the team to compete with. (That’s something I’ve been saying all season as well, including with Roethlisberger playing too. Injuries have sucked!)

I’ll disappointingly take the tie result if for anything but future standings, yet, I’ll remain frustrated that the Steelers missed a golden opportunity to gain in the AFC North standings.