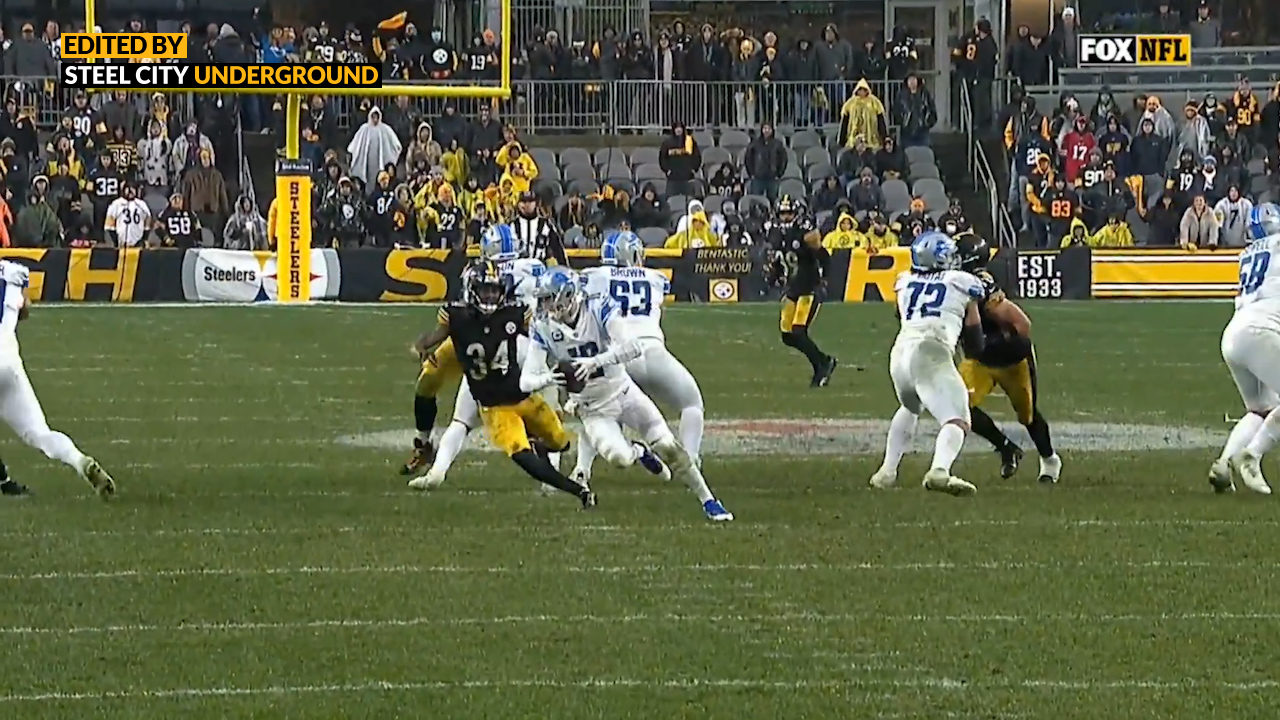 Nothing could better describe the miserable, ugly and otherwise uncanny occurrences of the matchup between the 0-8 Detroit Lions and the 4-3 Pittsburgh Steelers than what happened in overtime.

The fact that the weather, complete with an almost nonstop drizzly downpour since the second quarter, made the conditions even uglier was evident all around. Diontae Johnson fumbled a 39-yard completion on the Steelers first drive of OT, which could have gotten them into field goal range and a potential win.

Lions backup kicker Ryan Santoso missed a 48-yard field goal, as Pittsburgh got another chance at redemption. However, the Steelers second drive was aborted as quickly as it started, with backup QB Mason Rudolph seeing a shotgun snap fly over his head for a loss of 19 yards, setting up 3rd down and 25 to go – and a punt coming.

Right off of that punt, things were looking dismal. The Lions got possession at their own 45 and could potentially gain just enough yards for another Santoso sudden death victory field goal attempt.

Terrell Edmunds, however, had other plans.

The Steelers former first round pick has been something of a hot button topic the last few seasons, as his position doesn’t put up gaudy stats or flashy highlights to showcase his ability. He’s often lost in a sea of other superstar Steelers defenders, but on this play, Edmunds would have his highlight.

Edmunds would roam near the line of scrimmage, as he had most of the game, shutting down Lions TE T.J. Hockenson for no catches the entire game. The safety lines up over his mark once again, but this time, Steelers defensive coordinator Keith Butler dials up a blitz with Terrell’s name written all over it.

Edmunds surges through the Lions offensive line untouched, as the nearly immobile Goff tries, but is unable to evade his predator.

The 13-yard sack proved to be as detrimental to the Lions winning efforts as it was the for the Steelers a series earlier. Detroit would face 2nd-and-23 from their 32-yard-line, and would be unable to complete two passes, punting the ball away once again to the Steelers.

Unfortunately, Pittsburgh would move the ball near field goal range, but their attempt to break the tie would end with a Pat Freiermuth fumble, and a 16-16 draw with Detroit.