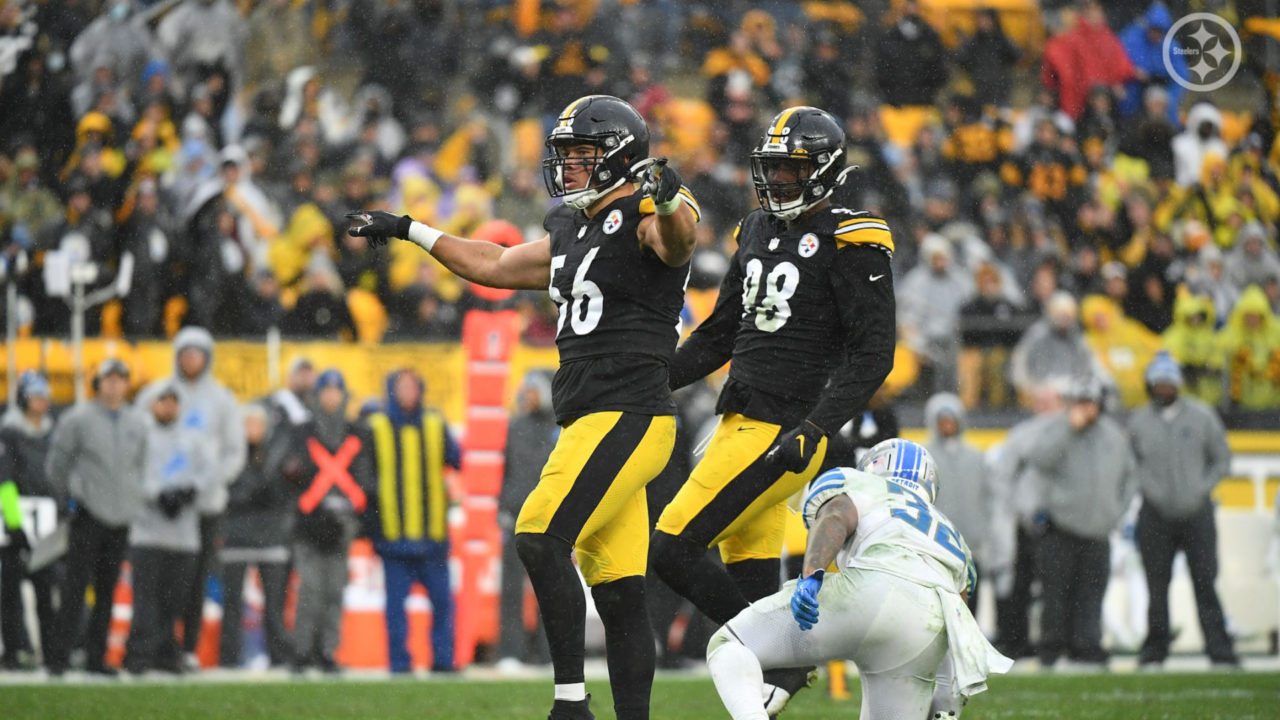 The 5: Steelers who will need to step up against Chargers

After a disappointing tie with the Detroit Lions at Heinz Field in Week 10 that led to several injuries, the Pittsburgh Steelers need to get back on track. That will require several players step up into expanded roles, execute the game plan much better, and keep their heads in the game against the Los Angeles Chargers. Here are five players that should be a focal point in Week 11 of the 2021 NFL regular season.

The veteran wide receiver has rapport with backup quarterback Mason Rudolph. Against the Lions, the duo hooked-up for their fist touchdown, apiece, of the season.

More is needed from Washington as far as effort, though. Yes, he had a touchdown catch last week, but he left a few receptions on the field, too.

“As far as everything with Mason, we just have to get him going,” Washington said this week after practice. “Every ball he throws to us we’ve got to make a great attempt on and just try to get the offense rolling and get him rolling. With him in there I feel like we can win every game. We just have to run with that.”

Pressure will be key for the Steelers defense if they hope to limit the Chargers offense in a much bigger fashion than they did the Lions. Highsmith may not have T.J. Watt opposite him on Sunday night, which will require him to continue to communicate with the other linebackers and defensive linemen.

Highsmith has the motor and ability. He’ll be asked to give a bit more.

Special teams, outside of Chris Boswell, were unimpressive in Week 10. Harvin, a rookie punter, has a big leg but has struggled of late with directional kicks and consistency.

The Steelers need Harvin to play an improved game. Field position is always important, but this week it would relieve pressure on both the Pittsburgh offense and defense if Harvin can get his swagger back.

As the starter in place of Ben Roethlisberger (COVID-19 protocol), Rudolph had an “ok” game in his first start this season. He was a bit off-target, rusty, and threw one interception. Despite that, he appeared to remain calm.

Rudolph had more opportunities to practice this week and get acclimated with Matt Canada’s offensive scheme. If he starts again this week, hopefully, Canada won’t ask Rudolph to avoid the run game and Najee Harris‘ skills if Harris is having success this week. That was a costly decision last week that the Steelers can’t afford to repeat.

With Minkah Fitzpatrick placed on the COVID-19 protocol, leadership will be required of Edmunds to assist both the personnel in the defensive backfield and the interior linebackers. Edmunds had a nice game against the Lions, but Detroit exploited gap errors and coverage issues in the run game.

If Edmunds can work with Joe Haden in helping direct Justin Layne and James Pierre, two young but emerging defensive backs, it provides more options for Keith Butler to adjust the what the Chargers offense presents the Steelers.