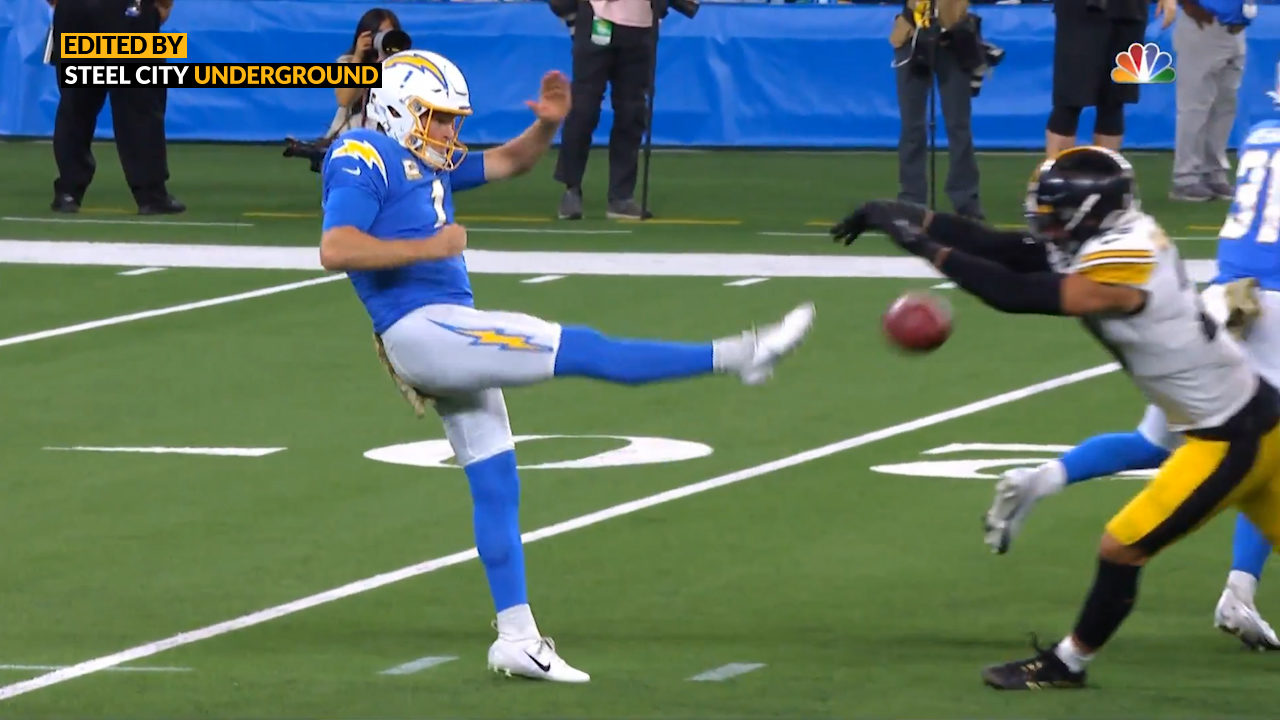 The Pittsburgh Steelers traveled on the road to Los Angeles to face the Chargers for a Sunday Night Football contest during Week 11. However, going in, Pittsburgh was so short-handed on defense that no one was giving them a chance.

The Los Angeles Chargers hosted the Pittsburgh Steelers during Week 11’s edition of Sunday Night Football, as the reeling visiting team sorely missed several key playmakers and fell behind big as the fourth quarter was under way.

Kicker Chris Boswell would finally get Pittsburgh back on the scoreboard, trailing 27-13. The defense, minus T.J. Watt, Minkah Fitzpatrick, and Joe Haden, had failed to come up with stops throughout the game, but on this particular drive, the Steelers would finally get their first three-and-out of the game, forcing the Chargers to punt.

Chargers punter Ty Long stepped back for his first boot of the evening, but wasn’t anticipating the heat that the Steelers special teams brought through the center of his protection.

Steelers DB Miles Killebrew, a hybrid linebacker, would break free and block Long’s punt. The ball would skip and hop its way down to the Chargers 3-yard-line, where the Steelers offense would go all-in on scoring a touchdown, which would come five plays later – following a penalty – with an Eric Ebron reception from Ben Roethlisberger, closing LA’s advantage to 27-20.

The Steelers would have more excitement, scoring 27 total points in the fourth quarter. However, it wouldn’t be enough as Chargers QB Justin Herbert connected with WR Mike Williams on a 53-yard touchdown connection that would prove to be the game winner. The Steelers would fall to 5-4-1 by a final score of 41-37.