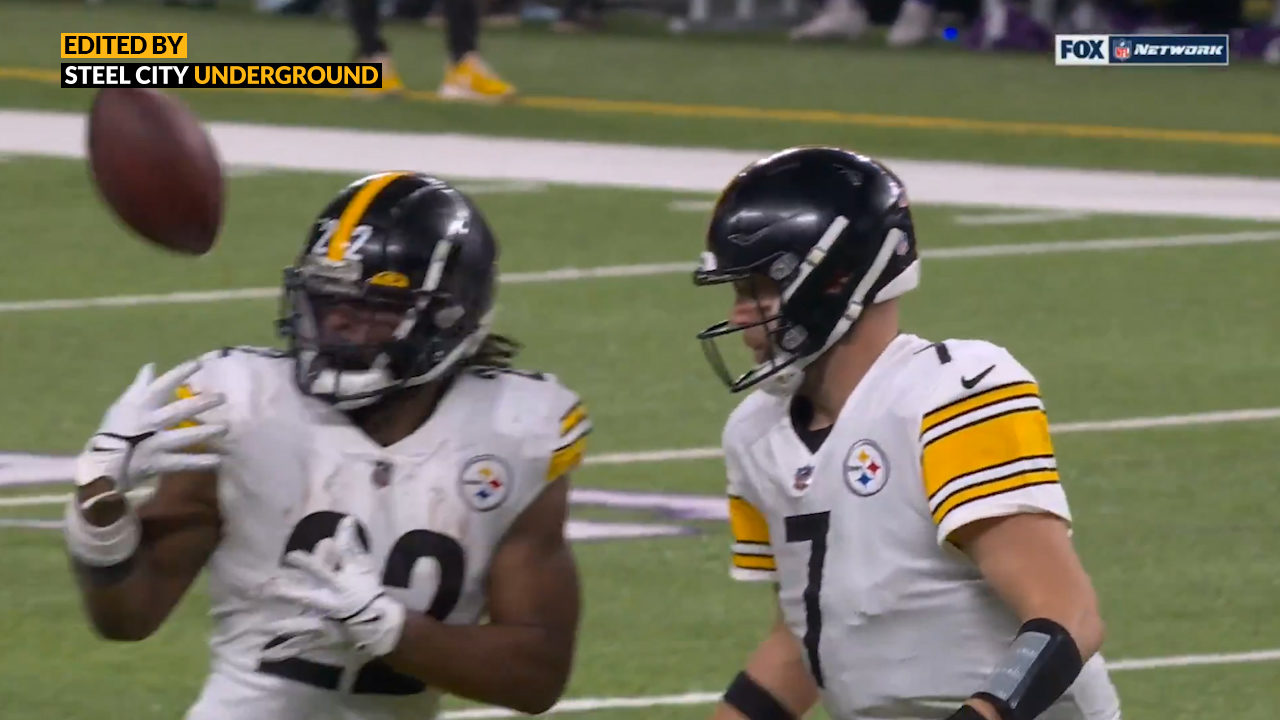 The Pittsburgh Steelers truly didn’t come together until the fourth quarter against the Minnesota Vikings in Week 14. It was too little, too late, when a truly crazy play took place on offense and is worth highlighting.

Although Kendrick Green has made several strange snaps as a rookie center this season, no one could have predicted how Ben Roethlisberger handled the snap in the following play that epitomized just how crazy the Steelers played the Vikings.

The fact that Roethlisberger was able to keep his eye on the ball despite all the bobbles, including one that involved Najee Harris, and secure it was a miracle in itself. That “Big Ben” extended the insane play into a completed pass was absolutely eye-opening.

Too bad that the play technically doesn’t count, as the Steelers were penalized for an illegal man downfield.

Whatever fans may say about Roethlisberger, his desire to extend the drive and keep trying to get the Steelers into the end zone for a potential tie with the Vikings was apparent. Unfortunately, Pittsburgh came up short, but this play may go down as the most-bizarre of the entire 2021 NFL regular season for Pittsburgh.