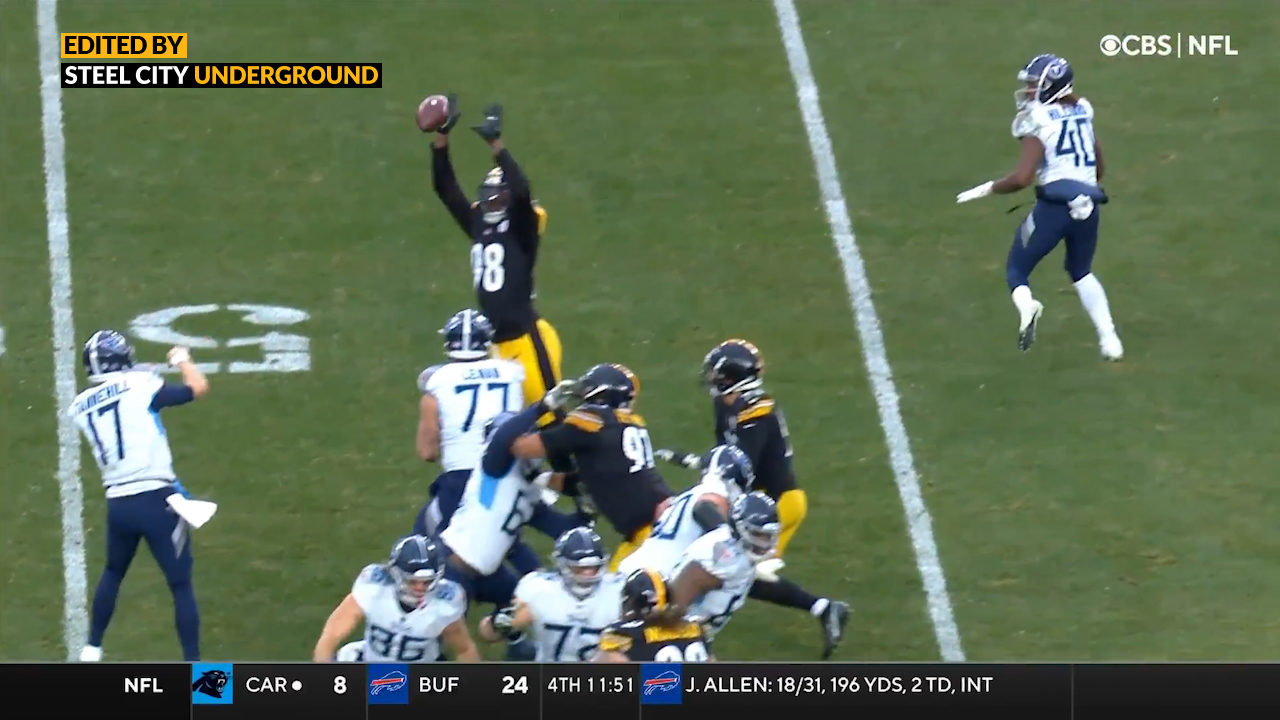 In Week 15 of the 2021 NFL regular season, the hosting Pittsburgh Steelers defeated the Tennessee Titans, 19-13, thanks to a defense that produced turnovers.

In the third quarter, the Titans lined up on a third-and-three that saw Ryan Tannehill attempt to convert a first down from the 42-yard line. Taco Charlton, having become a regular rotational player for the Steelers since joining the team, had other plans for the attempted pass.

With pressure coming, Cameron Sutton and Terrell Edmunds pressing the receivers to Tannehill’s left, and the Titans running back missing a blocking opportunity, Charlton was able to blast, unabated, towards the Titans quarterback. Tannehill, trying to get rid of the ball quickly to the back, watched as Charlton went high and tipped the ball.

Joe Schobert, who’d been pressuring the Titans’ offensive line to the inside of Charlton, was able to break off, get his eyes up, and snag the tipped pass.

Schobert’s 24-yard return gave the Steelers the ball at the Titans’ 31-yard line.

After a seven-yard pass to Diontae Johnson, Ben Roethlisberger and the Steelers offense took a loss on a run by Najee Harris, and then a sack by Denico Autry.

Chris Boswell‘s 46-yard field goal gave the Steelers a 16-13 lead with 7:20 remaining in the fourth quarter.

Charlton and Schobert executed the tip-drill to perfection, though, giving the Steelers the momentum they needed to grab one more takeaway that led to a Boswell field goal and the 19-13 game-winning score that would not be relinquished.