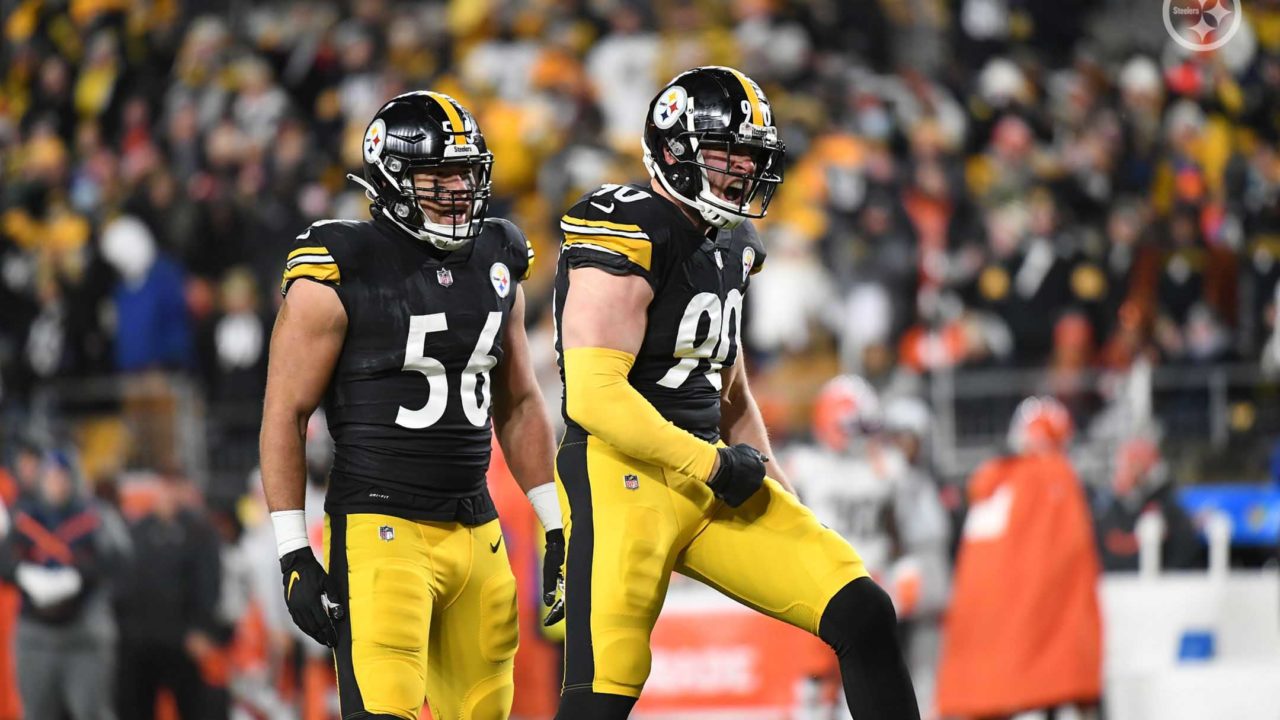 Although it feels like the season just started yesterday, we have arrived at Week 18 of the 2021-22 NFL regular season. After an emotional, hard fought victory on Monday night over the Cleveland Browns, the Pittsburgh Steelers are holding onto their last small glimmer of hope to make the playoffs. While they will still need some extra help to get in, the Steelers have to take care of business and win their game first. That will be a daunting task as they will be on the road against their AFC North rival, the Baltimore Ravens, who are also trying to sneak into the playoffs. With the season on the line for both teams this weekend, let’s take a deeper look at Sunday’s opponent.

The Baltimore Ravens are a team that has been hit hard by the injury bug this season. On defense, the Ravens will already be without starting corner backs Marcus Peters (ACL) and Marlon Humphrey (pectoral), along with inside linebacker L.J. Fort (ACL), defensive end Derek Wolfe (back), and free safety DeShon Elliott (pectoral), as they were all placed on the Injured Reserve list earlier this season. In addition, they will be without safety Ar’Darius Washington (foot),  and could be without corner back Anthony Averett (ribs) and outside linebacker Odafe Oweh (foot). Averett and Oweh both were absent from Thursday’s practice but are both still listed as questionable.

Offensively, they lost their two top running backs in J.K. Dobbins and Gus Edwards to season-ending ACL injuries at the beginning of the year and also lost starting tackle Ronnie Stanley to an ankle injury. The availability of their starting quarterback, Lamar Jackson, is also up in the air as he continues to miss practice with an ankle injury. They also could be missing wide receiver Marquise Brown (ankle), tackle Patrick Mekari (hand), and guards Ben Cleveland (head) and Ben Powers (foot). Mekari and Powers were limited in Thursday’s practice while Cleveland and Brown did not participate. Tight end Nick Boyle and full back Patrick Ricard look like they will likely miss Sunday’s game as they are on the COVID-19 list.

As has been the case the past few seasons, the offense of the Baltimore Ravens revolves around star dual-threat quarterback Lamar Jackson. He is one of the best offensive weapons on the league when on the field but unfortunately for the Ravens, he has missed the last four games due to injury.

In his absence, backup Tyler Huntley has stepped up as the starter in three games, throwing for 940 yards, three touchdowns, and two interceptions. Huntley also has some dual-threat ability, rushing for 222 yards and two touchdowns so far.

Whoever is at quarterback will be looking to Pro Bowl tight end Mark Andrews as their top target, who has 99 catches for 1,276 yards and nine touchdowns on the year. If wide receiver Marquise Brown is unable to go, Andrews will be joined in the passing attack by receivers Sammy Watkins, Rashod Bateman, and Devin Duvernay.

Whoever is under center will be facing a Steelers secondary that has had a lot of ups and downs this season. Luckily, the stepped it up last week, forcing Baker Mayfield to throw two interceptions. One of those interceptions was made by corner back Ahkello Witherspoon, who has proven himself to be a great addition to this defense in the second half of the season. It also helps that the Steelers have one of the best pass rushes in the league, led by Defensive Player of the Year front runner T.J. Watt who just needs 1.5 more sacks to break the NFL single-season sack record.

As I mentioned in the injury report, the Ravens’ backfield was hit hard by injuries before the season started. While Jackson has established himself as their leading rusher, they have had a revolving door of veteran running backs taking handoffs this year. Devonta Freeman has earned the job as their lead back with 128 carries for 555 yards and five touchdowns this season. Latavius Murray should see some carries as well.

They will be facing a Steelers front seven that has been horrible against the run for the most part this season. However, Monday night served as hopefully a sign of change and potential as they held Browns’  star running back Nick Chubb to 58 rushing yards. It will also help to have defensive end Chris Wormley back in the mix up front as he missed the last game due to COVID-19.

This is not the same Ravens defense

Throughout most of my lifetime, the Baltimore Ravens have been known for being a very good defensive football team. While it has been mainly due to injures, that has not been the case this season. The Ravens are currently 25th in the league in total defense, allowing 366.5 total yards per game and 23.5 points per game.

While their overall defense hasn’t been great, they actually have the top run stopping defense in the NFL. The Ravens have only allowed 84.8 rushing yards per game and 13 rushing touchdowns this season. Their front seven is led by arguably the best inside linebacker in the AFC North in Patrick Queen who leads the team with 94 tackles. Queen will be joined at linebacker by Josh Bynes on the inside with Justin Houston and Tyus Bowser on the outside. Chris Board and Malik Harrison will rotate in at inside linebacker with Odafe Oweh (if healthy), Pernell McPhee, and Jaylon Ferguson in the outside linebacker rotation. In front of them, defensive tackle Calais Campbell headlines the defensive line, along with Brandon Williams at nose, and Justin Madubuike at end.

They will be facing a rising star in rookie running back Najee Harris who is progressing each week. Harris had his best game of the season against the Browns on Monday night, rushing for 188 yards and a touchdown. Hopefully the offensive line will show up like they did last game so that Harris can keep going.

As good as they have been against the run, the Ravens secondary has struggled tremendously this year. Baltimore is dead last in the NFL in passing defense, allowing 281.7 passing yards per game and 30 passing touchdowns while coming away with eight interceptions.

With their two All Pro corners out, Anthony Averett (if healthy) and Tavon Young will start in their place. If Averett can’t go, Jimmy Smith will replace him with Chris Westry also seeing some time in the rotation. On the back end, Brandon Stephens will be the starter at free safety with Chuck Clark at strong safety.

This group will be facing a quarterback in Ben Roethlisberger who could be looking at the final game of his Hall of Fame career. With that being said, he will be looking to go out with a great performance. Unfortunately, things will be a little harder for him as star receiver Diontae Johnson will likely be out due to COVID-19. In his absence, the Steelers will look to receivers Chase Claypool, James Washington, and Ray Ray McCloud to step up to contribute alongside their reliable rookie tight end Pat Freiermuth.

As I have already mentioned, a lot is on the line in this game. Both teams have to win to even have a slim chance at the playoffs. To add to the pressure for the Steelers, they don’t want to send Roethlisberger with a loss to his biggest rival. This will be a tough, physical game and the crowd in Baltimore will definitely play a factor.

I’m not sure what Lamar Jackson’s status will look like but I do think it makes a big difference. While the Steelers have always done a good job of containing him, he still adds an extra element to their offense. I think that whoever is back there will find Mark Andrews to make some key plays to keep them in this game. However, their offensive line has been hurting lately and T.J. Watt has that record in his sights. Watt will be a huge factor in this game and will break the record.

On the other side of the ball, the Steelers must have another game like Monday out of their offensive line.

Roethlisberger should be motivated in his last game against the Ravens and this limited secondary will give him opportunities to exploit them. This could also be a great opportunity for Chase Claypool to get back on track and I think he does that with at least one touchdown in this game.

At the end of the day, this game is going to be close. I think it comes down to the final minutes with Roethlisberger getting one more chance to take over and lead his team to victory in crunch time. I see him leading them down the field at the end for a game-winning drive capped off by a Chris Boswell field goal in a 24-21 victory. With the win, we will all then become Jacksonville Jaguars fans as we will need them to beat the Indianapolis Colts and for the Las Vegas Raiders and Los Angeles Chargers to NOT tie in order for the Steelers to get in to the playoffs. Buckle up Steelers fans, Sunday is set to be very, very interesting.