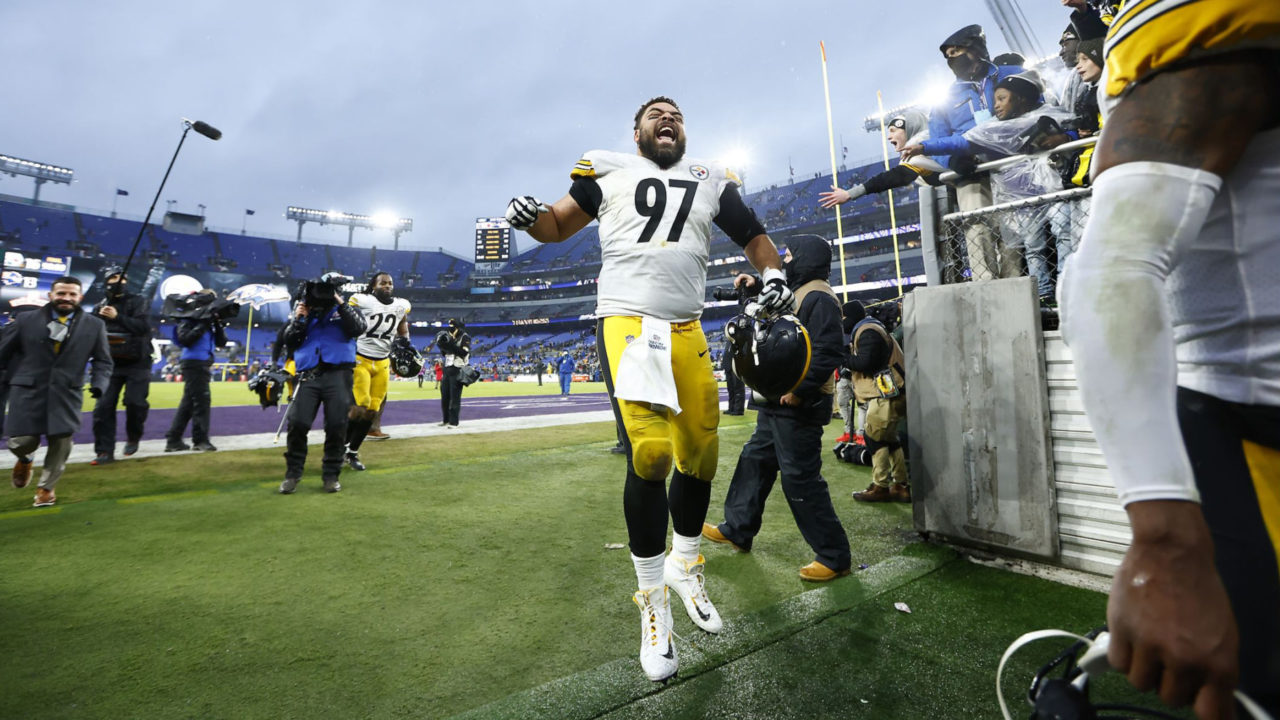 3Rivers’ Takeaways: Win over the Ravens must carry Steelers over into playoffs

The fact that the Pittsburgh Steelers were able to hang on for an overtime win in Week 18 of the 2021 NFL regular season over the Baltimore Ravens in an AFC North rivalry game was cause for celebration among the organization and Steelers Nation. To have the Jacksonville Jaguars stun the Indianapolis Colts, then watch a near-tie turn into an overtime win by the Las Vegas Raiders over the Los Angeles Chargers, was near as angina-inducing as the final regular-season game for Pittsburgh. Although the Steelers earned the win in Baltimore and had the help they needed to get into the NFL postseason in the Wild Card round, where they’ll face the Kansas City Chiefs, Pittsburgh must find a way to carry the energy, emotion, and play that helped them defeat Baltimore with them into the playoffs.

Turnover advantage has always been an integral part of being more dominant over an opponent, and the Steelers have been taking advantage as of late. Over their last four regular-season games, Pittsburgh earned nine takeaways. They weren’t always able to take advantage by putting points on the scoreboard, but the moral victory earned turnovers gave the team helped to win three of four games during that same time period.

Where this becomes even more important as the Steelers prepare to go head-to-head with the Chiefs once again, is in preparation and execution. In their Week 16 loss to Kansas City, Pittsburgh earned zero turnovers in their favor. In the three regular-season games that saw the Steelers defense earn zero turnovers, the team lost twice and tied with the abysmal Detroit Lions in the third.

Patrick Mahomes hasn’t thrown an interception in the Chiefs’ last three games. He’s been sacked just three times in that same period. Getting to Mahomes with pressure may not be the key to creating turnovers, in this case. Solid execution and play against the Kansas City receivers and rushers are more likely to provide the results the Steelers want and need.

It’s time for the Steelers receivers and tight ends to build on the rapport they’ve had with Ben Roethlisberger and dedicate themselves to running better routes, bringing in passes and controlling the ball, and helping open up opportunities when the Chiefs defense is lined up in a mismatch.

The Cincinnati Bengals were able to keep pace, and then finally defeat the Chiefs, by not being afraid to get the ball to their most competent receiver in Ja’Marr Chase. Joe Burrow admittedly got into a shootout with Mahomes, forced to throw 39 times, take four sacks, and a few hits. The secret was that Burrow was accurate and paid attention to when Kansas City’s defense matched up, one on one.

Roethlisberger hasn’t necessarily been on-point in the accuracy department game-in and game-out this season, but he has extra motivation to get on the same page with his targets. If Chase Claypool, Diontae Johnson, and Ray-Ray McCloud can get back into a rhythm with Big Ben, the Steelers – behind an offensive line that has looked improved – have a shot to give the Chiefs a run for their money in the passing game.

Add in Najee Harris‘ special abilities and the playmaking abilities of Pat Freiermuth and Zach Gentry, and the Steelers offense just needs to settle in for a gunfight.