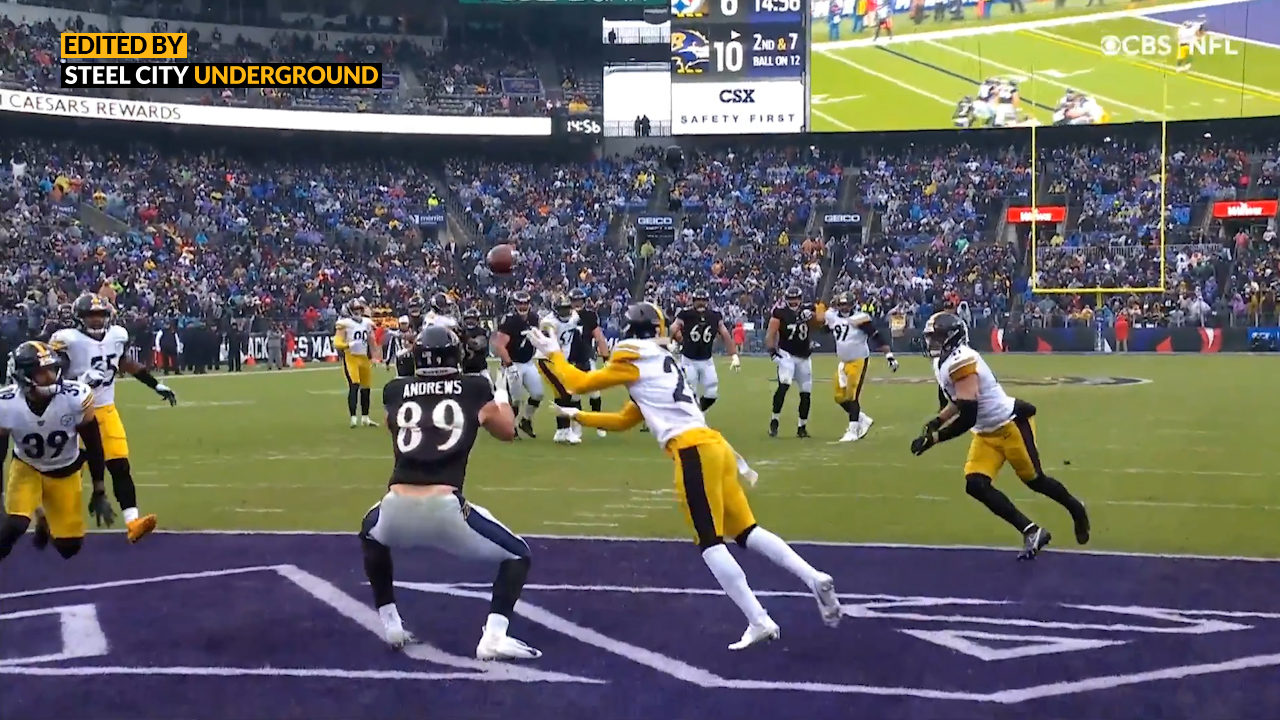 In their final 2021 NFL regular-season game, the Pittsburgh Steelers were underdogs to their AFC North rival Baltimore Ravens. Even without Lamar Jackson at quarterback, most experts felt that the Steelers would struggle to find enough offense to keep up with backup Tyler Huntley.

Thankfully, the Steelers’ defensive backfield held up in key moments, including a big-time play by Cameron Sutton that completely shut down a Baltimore drive that had begun on the Ravens’ 25-yard line and had marched to second-and-seven at the Steelers’ 12-yard line.

Tyler Huntley relied on his running backs play after play throughout the drive. It was working well. The Steelers defense was caught flat-footed on several runs and was looking at a potential Baltimore touchdown and PAT to go up 17-6 in the opening of the final quarter of regulation.

Fortunately, Huntley’s pass into the end zone was late, over the middle, and Sutton read it perfectly to grab the interception for a touchback.