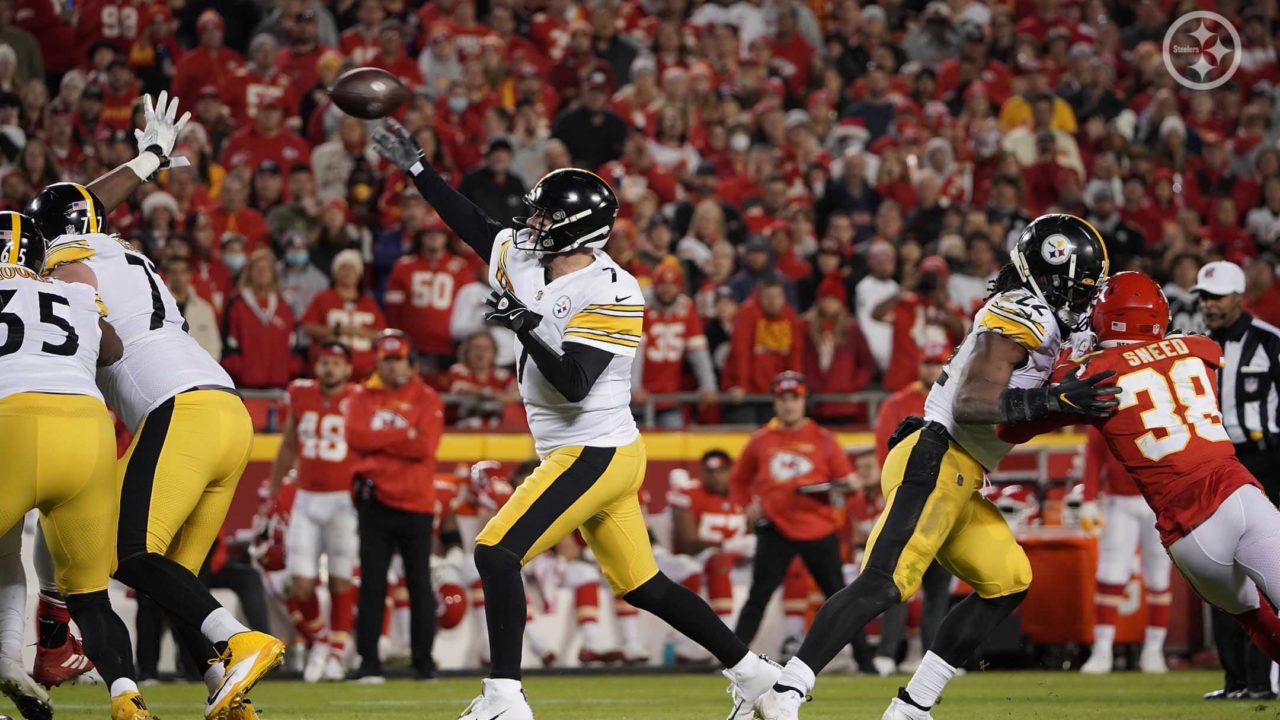 Steelers Scouting Report: What to expect from the Kansas City Chiefs

Well, to be completely honest with you, I thought the chances were very slim that I would be writing this article this week.

However, the football gods answered all of the prayers of Pittsburgh Steelers fans as they beat the Baltimore Ravens and had everything else fall into place to make the playoffs.

Now the fun begins as the Steelers will have a very tough first round match up on the road against the Kansas City Chiefs. Before you check out Fanduel’s NFL expert picks, we thought we would discuss our predictions on what to expect from the Pittsburgh Steelers and the Kansas City Chiefs in the NFL playoffs.

The Chiefs are looking to defend their AFC title while Pittsburgh is simply trying to play underdog and keep both their season and the career of their future Hall of Fame quarterback Ben Roethlisberger alive. With that in mind, let’s take a look at this weekend’s playoff opponent.

While the Chiefs have a loaded roster and will have their core star players for Sunday’s game, they do still have some injuries to be aware of. On offense, they will be without running back Clyde Edwards-Helaire (shoulder) along with offensive tackles Lucas Niang (kneecap) and Mike Remmers (knee).

Niang and Remmers were both placed on the Injured Reserve list last week.

Running back Darrel Williams is listed as questionable with a toe injury and was limited in Thursday’s practice.

As anyone who watches the NFL knows, the dominant run that the Kansas City Chiefs have been on in the past few years, especially in the playoffs is due in large part to the play of their superstar quarterback Patrick Mahomes.

While he has had his low points this season and hasn’t been as unstoppable as expected, Mahomes still finished fourth in the NFL in passing with 4,839 yards for 37 touchdowns and 13 interceptions.

His two go-to weapons in the passing game continue to be tight end Travis Kelce and wide receiver Tyreek Hill. Hill is their leading receiver with 111 catches for 1,239 yards and nine touchdowns while Kelce has 92 receptions for 1,25 yards and nine scores of his own.

They will be joined in the passing attack by wide receivers Mecole Hardman, Byron Pringle, and Demarcus Robinson.

Mahomes will be facing a Steelers secondary that has stepped up big time over the last two games but struggled when these two teams met in Week 16. Pittsburgh let Mahomes go 23/30 with 258 yards and three touchdowns with zero interceptions in a very ugly loss. Hopefully they can get some help from their dangerous pass rush, led by Defensive Player of the Year front runner T.J. Watt, to make Mahomes uncomfortable and make quicker decisions.

While their passing game is elite, the Chiefs haven’t been outstanding running the football. They have been without lead back Clyde Edwards-Helaire for a big chunk of the season so they have gone with a more committee style approach in their backfield and will have to continue to do so this weekend.

If healthy, Darrell Williams will likely get the start. Williams leads the Chiefs with 558 rushing yards and six touchdowns on 144 carries. Jerick McKinnon and Derrick Gore will also see some carries.

This backfield will be facing a Steelers defense that finished dead last in the league against the run. Pittsburgh allowed 146.1 rushing yards per game and 17 total rushing touchdowns in the regular season. In Week 16, the Chiefs rushed for 127 yards and a touchdown, led by 55 yards from Williams.

Hopefully this weekend, First Team All-Pro defensive lineman Cameron Heyward will dominate the interior and get some help from his teammates on the front seven.

Chiefs defense must step up

As great as the Chiefs continue to be on the offensive side of the ball, the same cannot be said about their defense. They finished 27th in the league in total defense, allowing 368.9 total yards per game and 21.4 points per game.

If you had to choose a strength of this defense it would be against the run. The Chiefs finished the regular season ranked 21st in the NFL in run defense, allowing 117.6 rushing yards per game and 15 total rushing touchdowns.

Their front seven is led by one of the best interior defensive linemen in the league in defensive end Chris Jones. He will be joined on the line by Frank Clark at the other end with Jarran Reed and Derrick Nnadi at the tackles. Former Steeler Melvin Ingram will also be in the defensive end rotation. Behind them, the linebacker group is led by rookie Nick Bolton who leads the team with 112 total tackles. He will be joined in the linebacker rotation by Anthony Hitchens, Ben Niemann, and Willie Gay.

They will be facing a Steelers run game that has had a very up and down season, mainly due to poor offensive line play.

However, rookie running back Najee Harris still found a way to finish fourth in the NFL with 1,200 rushing yards and seven touchdowns on 307 carries.

The offensive line has improved lately with some lineup changes which is a good sign for Harris. Last time these two teams played, Harris finished with 93 yards on 19 carries but wasn’t able to find the end zone. I have a feeling that will have to change if they want a chance to win on Sunday.

Against the pass, things have not looked good at all for the Chiefs so far this season. They finished the regular season ranked 27th in the league in passing defense, allowing 251.4 passing yards per game and 27 total passing touchdowns while coming away with 15 interceptions.

Their secondary is led by veteran strong safety Tyrann Mathieu who leads the team with three interceptions. He will be joined in the starting lineup by Juan Thornhill at free safety with L’Jarius Sneed and Charvarius Ward at the corners. Mike Hughes will play the nickel while DeAndre Baker and Rashad Fenton will also be in the corner rotation.

This secondary will face a Steelers passing game led by quarterback Ben Roethlisberger who is looking to keep his career alive. Roethlisberger has played very well down the stretch in big moments to push the Steelers to the playoffs.

Another interesting storyline to watch in the possibility of him getting one of his favorite targets back in wide receiver Juju Smith-Schuster who returned to practice after missing the majority of the regular season with a shoulder injury.

The Chiefs will be looking for another game like Week 16 in which they held Roethlisberger to 159 yards with a touchdown and an interception.

With how the 2021-22 season has gone and what happened the last time these two teams played, no one is really giving the Steelers a chance in this game. Not to mention, the Chiefs are at home and Arrowhead Stadium is a very tough place to play.

However, the Steelers have a dangerous advantage where they don’t have many expectations and can play loose.

Also, they will be fighting to keep Big Ben’s last ride going. They are a two touchdown underdog which was expected but I see this game being a lot closer than people think.

In order to stay close, they have to put pressure on Mahomes. He will make some big plays and find his playmakers, it’s almost a given. However, it is how the defense will respond. I think Watt can have a big game off the edge and will make some key plays in big moments.

Although they have been horrible against the run, if they can make them try to keep the ball on the ground, I like the Steelers chances against a not so impressive Chiefs backfield.

On the other side of the ball, I think this is an opportunity for a solid showing for Ben if his offensive line can keep him protected. Right tackle Chukwuma Okorafor and right guard Trai Turner must work together to keep Chris Jones out of the backfield.

If Smith-Schuster can play, that will also be huge as it will take some attention away from Diontae Johnson. I see Roethlisberger realistically throwing for over 200 with a pair of touchdowns. I also think we see one Najee Harris rushing touchdown.

At the end of the day, I’m staying away from a score prediction in this one as things could go in many different directions when playing this Chiefs team.

However, I do think the Steelers cover the 12.5 point spread and make this a game down to the wire. Sunday night could be yet another very interesting, late night for Steelers fans and I personally can’t wait!