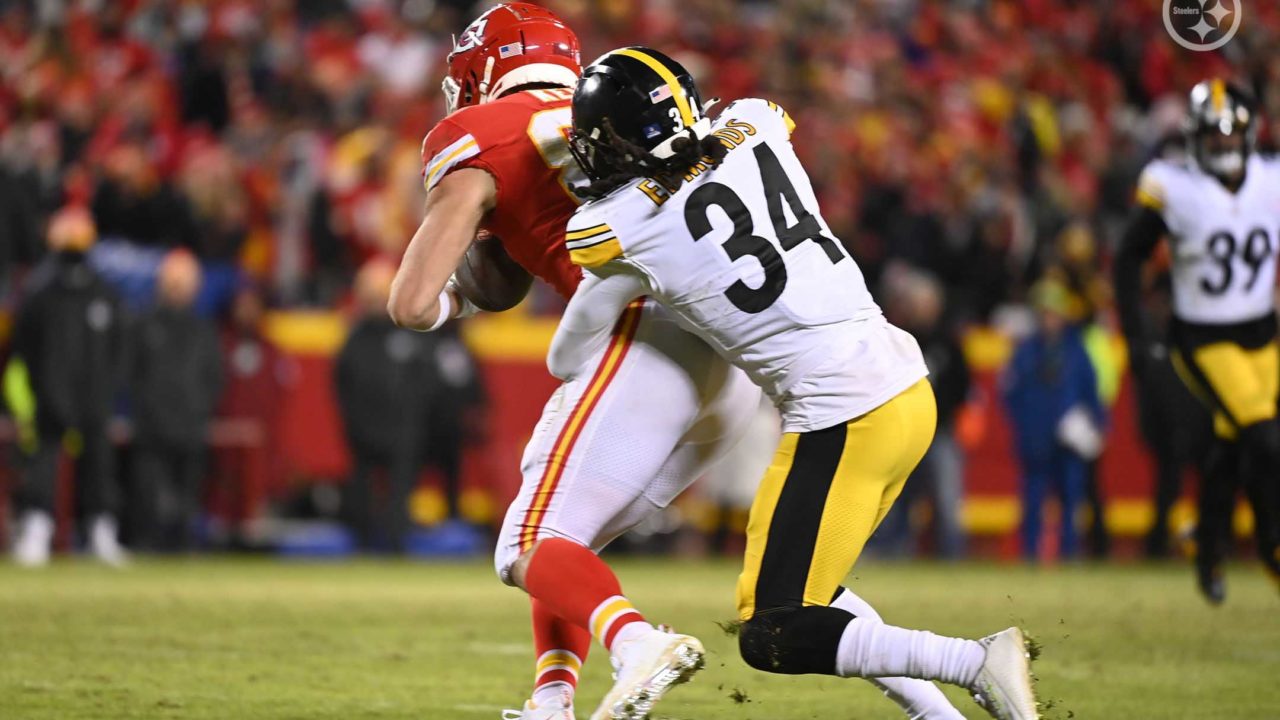 With the Pittsburgh Steelers early exist from the 2021 NFL Playoffs, we have officially entered offseason talk and speculation.

At the top of this list is every rumor imaginable about the Steelers plans at quarterback, pending the impending retirement of Ben Roethlisberger. But there are other moves which, in my opinion, are as or even more important, to keep Pittsburgh competitive within the AFC North.

Here are some of my early thoughts on what I’d like to see the Steelers do this offseason.

Two names sit atop my top priorities to bring back for the 2022 season: Terrell Edmunds and Ahkello Witherspoon.

The only people who feel Terrell Edmunds hasn’t gotten better each season are those who are still trying to sound intelligent about him being a “reach” or a “bust” in the draft. The former first round pick roamed around the field all season, shutting down opposing tight ends, and allowing for his counterpart, Minkah Fitzpatrick, to better freelance.

The speculation on Edmunds is he’ll be gone because the Steelers didn’t pick up the fifth-year option on his rookie contract. However, and unlike some other sound bites that are lifted from press conferences, Steelers GM Kevin Colbert went on record stating that wasn’t indicative of their desire to keep Edmunds. Instead, the safety’s option would’ve put him in the same salary category as his counterpart, Fitzpatrick.

It doesn’t take a genius to understand that those two players are on different salary levels, and play two entirely different roles.

I don’t know that the Steelers will be able to find a better free agent option, and for the cost, to replace Edmunds. And they certainly can’t afford to use a high draft pick on a comparable safety either.

That’s why I feel Edmunds is a top priority to bring back… as is Ahkello Witherspoon.

For the longest time this season, I felt the Steelers traded for Witherspoon to redshirt him for one year before having him replace soon to be 33-year-old CB Joe Haden.

Injuries to the latter helped the former finally get on the field, as CB Jame Pierre burned out his shortly shining star. Witherspoon proved to be a find, and opposite Cameron Sutton, as well as paired with Edmunds and Fitzpatrick, would lockup the Steelers secondary with dependable starters, leaving fewer holes to patch on the defense.

I’m listing this here just to make it clear that the Steelers will do business with Minkah Fitzpatrick on a long-term deal this offseason. However, I don’t anticipate that move coming until training camp, as it did with T.J. Watt last year. (But it will get done!)

I know people think I’m crazy, but there’s no reason for the Steelers to blow their draft capital on an uncertain quarterback prospect who likely won’t see the field in 2022.

If I’m the front office, I want to know that Mason Rudolph (who they drafted and developed) or Dwayne Haskins (a former high first round pick with Washington) aren’t capable NFL starting quarterbacks first.

This enables the Steelers to pocket their draft picks and use them to surround either of these quarterbacks, or a future pick in 2023 and beyond, with quality talent.

The skill positions are largely there already, but we saw that future Hall of Famer Ben Roethlisberger struggled mightily behind a bad offensive line. Just think what will happen to any of these younger quarterbacks if that position group isn’t improved.

Use the picks elsewhere, please and thank you.

Figure out the defensive line

The Steelers had a huge problem on their defensive line this season, when Stephon Tuitt started, and finished, the year on IR, and Tyson Alualu joined him after playing three snaps into the second game of the season.

This hurt the defense upfront and made them suspect against the run game.

The Steelers have to figure out if one or both of those players come back – I’d be satisfied with at least one, because Chris Wormley played well enough to at least be in a rotation, and rookie Isaiahh Loudermilk was equally impressive. However, both players wound up off of the field due to injuries and Covid, so the Steelers need depth at the least.

That’s where my other wish list item kicks in: re-signing Montravius Adams.

The Steelers had gotten so desperate along the line at one point that they snagged Adams from the New Orleans Saints practice squad: and firmly put him into the starting lineup within days.

Adams was an impressive of enough stop-gap that I believe can offer even more. If you add him to the names above, along with Cameron Heyward, the defensive line is fixed before a single draft selection is named. That would enable the Steelers a lot of flexibility there, and also prior during free agency, in addressing other areas of concern.

I’ve shared this one before, but Ben Roethlisberger can help the Steelers one more time by accepting a post-June 1st designation when he retires. As noted by Over The Cap founder Jason Fitzgerald below, this could give the Steelers even greater flexibility with how they approach free agency, as well as their impending extension for Minkah Fitzpatrick.

Once Roethlisberger makes it official I would expect the #Steelers to rework his contract for salary cap purposes. They can lower his cap number from $10.34M to $3.705M and defer $7.75M to 2023 by having him wait until June to officially retire.