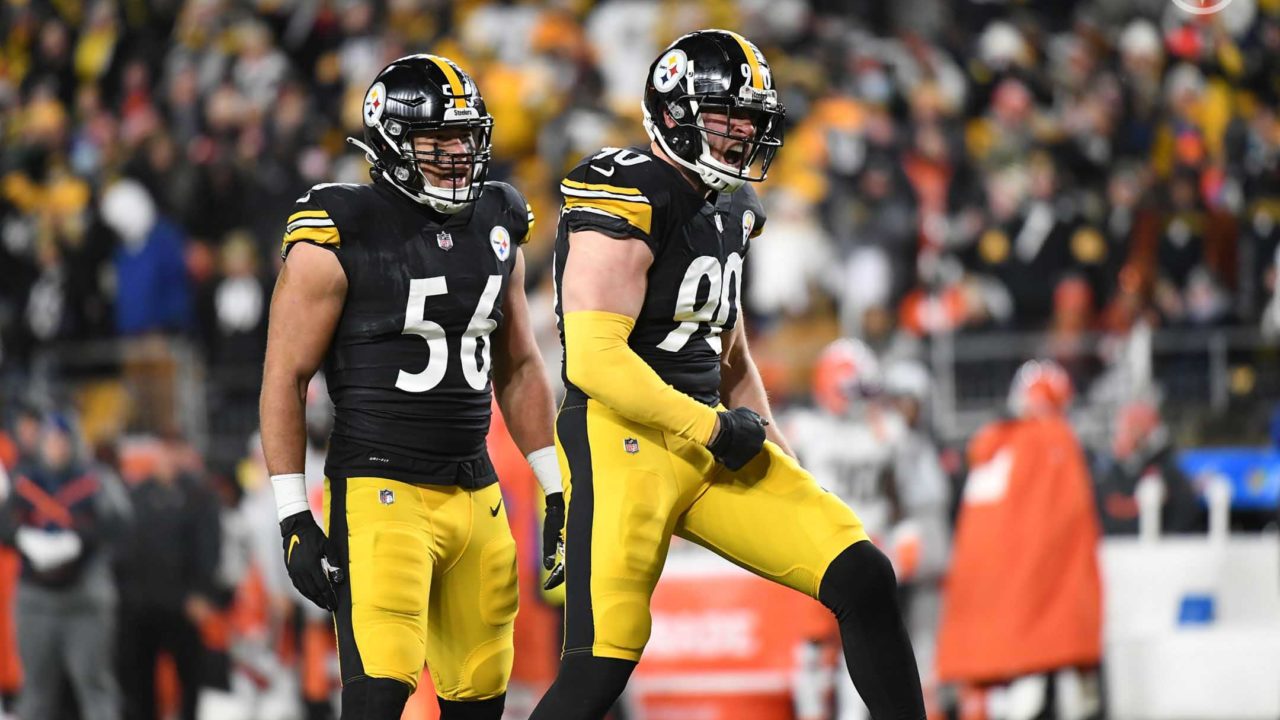 With Valentine’s Day conveniently falling one day after the Super Bowl, we thought it would be a good time to revisit one of our favorite annual collaborations: our favorite Steelers!

Below, the SCU team gives their thoughts on their current crushes, often picking players who are crushing it on the field.

There are a lot of Steelers players I love this year but I think I’m going to go with Pat Freiermuth. After years of inconsistent tight end play it was refreshing to see Freiermuth, even as a rookie, emerging as one of the more reliable and dynamic options for Ben Roethlisberger.

My current favorite Steeler is JuJu Smith-Schuster. He may not be a Steeler after free agency, but his commitment not only to the city of Pittsburgh but to his team shows his character.

JuJu worked his butt off to get back early and risk injury for the playoffs. He didn’t have to do that and many players would not risk their careers over the team’s needs, but JuJu did.

With Ben Roethlisberger gone, T.J. Watt is the obvious answer for me. His numbers this year speak for themselves but his impact on the Steelers says even more.

Without him on the team, I’d be willing to say there are multiple games this year the Steelers lose and they don’t make the playoffs. He’s worth every single dime and then some that the organization paid him at the start of the season.

He will be a Steeler for life and be mentioned with the franchise greats when it’s all said and done.

My guy is T.J. Watt because he is the best defensive player in the league period. He is the true key to the team’s ability to win last season.

Also because he reminds me of the old Steel Curtain days.

Everyone seems to focus on Najee Harris’s tough childhood but he’s endured himself to me, not for his overall play but for two specific reasons: his sense of humor and his stiff-arm abilities.

Harris has a great personality, and a lot of fans will groan that I brought it up at all. “How is that football?” some yinzer will likely comment. A positive attitude kept Harris’s legs moving after the initial hit on any number of plays in a rookie season he could have just eased into.

Instead, Harris adapted to a struggling offense and offensive line to be the Steelers’  lead back. That he’s able to mash defensive backs and opposing defenders to the turf with a power-packed stiff-arm just makes him that much more fun to watch … and love.

I don’t know what the future holds for JuJu Smith-Schuster, but I do know this: I love that guy, and you should, too. Players like him don’t come around too often. I could care less about the TikTok videos or the dancing or anything else people complain about.

Because JuJu is selfless at an age when everyone expects him not to be.

We all expected him to leave the Pittsburgh Steelers via free agency during the 2021 offseason. Before we knew it, JuJu was returning to the team on a cheap, one-year deal. Reports came out soon after that JuJu turned down offers to play with the Baltimore Ravens and the Kansas City Chiefs. Both offers gave him more years and more money.

At 24 years old (at the time), JuJu turned down more years and more money to come back to the Steelers. That kind of loyalty and maturity is very rare for a man at his age. I hope to see JuJu in a Steelers uniform for the rest of his career.

I have to be the contrarian here and go with my gut, er, my heart on this one… while there are plenty of Steelers players that I loved this season, from Ben Roethlisberger’s goodbye to T.J. Watt’s DPOY award and Najee Harris’ infectious smile, I enter this offseason totally infatuated with one player: Mason Rudolph.

Who even knows what becomes of Rudolph’s future with an uncertain offseason lacking Big Ben for the first time? But it’s that unknown, combined with the sheer amount of hate that Rudolph is receiving (for practically no reason) that makes me feel some love needs to be thrown his way.

No matter who is in and out on the defense, Cam Heyward is always there to set the tone. He only gets better too.

As he gets older, he continues to improve despite his age. He is the definition of giving his all, no matter what.