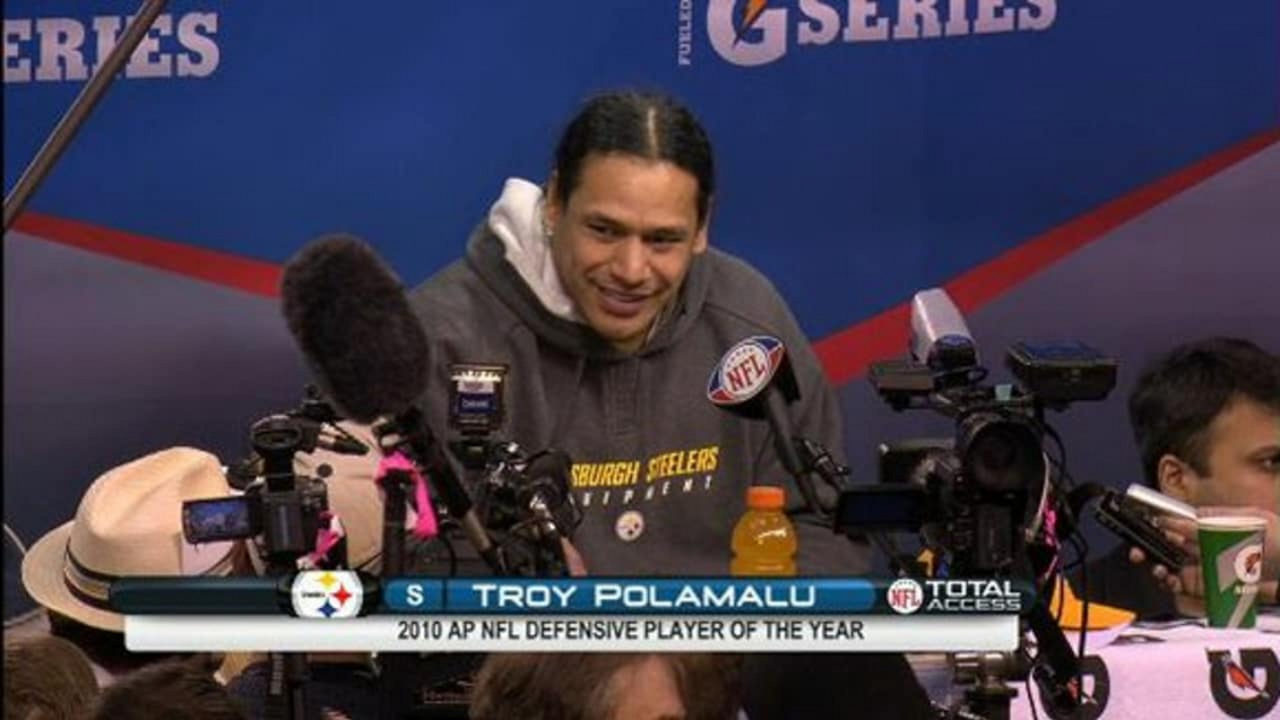 That season, Troy recorded seven interceptions with one touchdown, a total of 101 yards returned off of interceptions, a forced fumble and fumble recovery, 63 tackles, and six tackles for loss on one sack. Those statistics might not be that impressive when only looking at the numbers, but Polamalu had a bigger impact on the Steelers’ season that year, despite missing a couple of games, than just statistics.

In the 2010-11 season opener, Polamalu made a game-saving interception of a Matt Ryan pass. He ramped up his performance throughout the rest of the season. Against the Cleveland Browns, Polamalu recorded seven combined tackles (a season high). He deflected two passes and grabbed an interception on a pass attempt by Carson Palmer (Cincinnati Bengals) and returned it for a 45-yard touchdown.

In addition, the Steelers were not the same team in the two games Troy did not play in due to an ankle injury. They weren’t able to create or force turnovers at the rate just one special player was. The Steelers did finish first in the AFC North (12-4 record).

Polamalu was the second Pittsburgh Steeler to win the AP NFL Defensive Player of the Year award; his teammate, James Harrison, won the award two years prior. 11 years later, the award comes back to Pittsburgh with T.J. Watt finally getting the recognition he deserved.