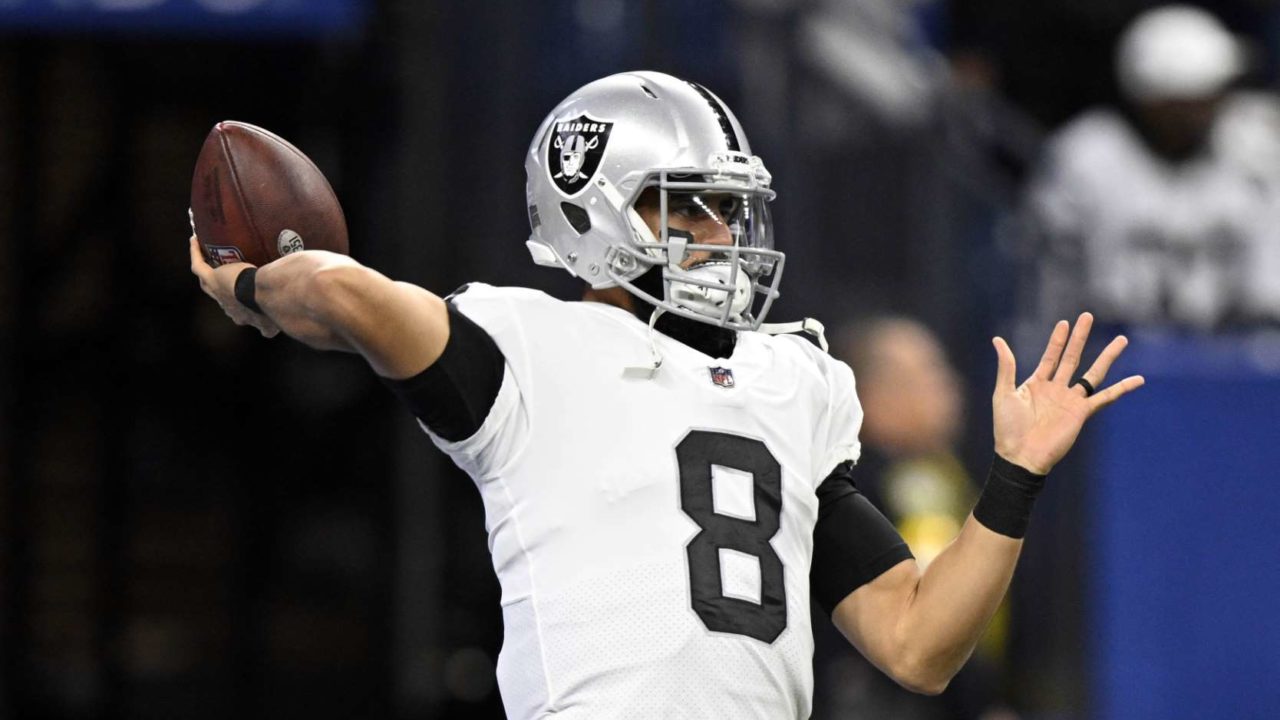 The list of quarterbacks who may actually be available in free agency, pending if they re-sign with their current teams rather than hit the open market, reads like the Land of Misfit Toys from Rudolph the Red Nosed Reindeer. (No pun intended!)

Of course, that hasn’t stopped the Steelers fan base from including a bunch of names who aren’t currently set to hit free agency, and may not even be available come the start of this upcoming offseason. (You may read about those here.)

The nonsense isn’t likely to die down anytime soon, with the quarterback discussions dominating not only our written platform here at SCU, but also our podcast, where several episodes go into much more detail than what can be jotted down in these articles. (If you haven’t listened before, tune in for free by starting here.)

Continuing with adding a veteran quarterback, we have to ask some questions. First, if any free agent quarterback can be an upgrade for the franchise, we have to examine who the Steelers currently have as their top two options: incumbent backups Mason Rudolph and Dwayne Haskins.

There’s a segment of Steelers fans who want to draft a quarterback. Some want a first round pick. Some want a “value pick” who can be chosen in the middle rounds.

Mason Rudolph represents both of those things, as the sixth QB taken in the 2018 NFL Draft, but the first one selected outside of the first round, as the 76th overall choice taken in round three that year.

I wrote a fairly detailed article recently on why the Steelers should give Rudolph a shot at being the starter in 2022. You may read it here.

A lot of fans also clamor for first round pick who has fallen out of favor, or already failed with another team.

Sometimes this “reclamation” project can rejuvenate a young talent who was in a bad situation with their prior team(s).

Haskins represents this same line of thought, as he was the 15th overall pick in the 2019 NFL Draft by the Washington Football Team.

I wrote about why the Steelers should run with Rudolph and Haskins as potential starters in this article (which unlike the link above, includes scenarios if Rudolph doesn’t succeed.)

Now let’s compare those two with some of the available free agents on the market.

The very first name to add to this “short list” is one that seems to be available every offseason these days.

Bridgewater would be calling Pittsburgh his fifth team in six years. While he may not have always been in stable situations, and had to recover from a horrific knee injury to once again compete for a starting spot in the NFL, the former first round pick has struggled to stick in the situations he’s been placed.

The New Orleans Saints moved on in favor of Jameis Winston and Taysom Hill as their future following Drew Brees. The Carolina Panthers traded for Sam Darnold after a one-year experiment with Bridgewater as their starter, and the Denver Broncos will likely stay away from him as well, and not re-sign their starter from last season too.

This amount of coaching staffs and front offices choosing to move on from Bridgewater is the only red flag I need. His stats look better than most on this list, but his erratic play and penchant for missing games is enough for me to say he would not be a verifiable upgrade in Pittsburgh over their current crop of QBs.

Is team number ten the charm for this sometimes exciting but entirely inconsistent quarterback?

Plus the Steelers already had a 39-year-old passer on their roster in 2021. Why would they want that again?

I’d like to do more than comedy hour with some of these choices, but Newton was a popular name who Bill Belichick and Josh McDaniels could get anything out of in New England.

Sure, he can run for some touchdowns, but Newton has never been known for his consistency, and has more interceptions than touchdowns (15:12) in his last two seasons.

Mariota is too much fun for fans who think former first round picks are just in a “bad situation”.

Mariota represents yet another QB who has often struggled to stay healthy, and then started seeing ghosts as his maturation process didn’t materialize.

Stranded as the Las Vegas Raiders backup for the last two seasons, everyone feels he’s set to have a market in free agency this offseason… except me. What I see is the Raiders using Mariota for specialized situations, of which they didn’t trust him to throw the football.

He had all of two attempts in ten games with the Raiders – he also missed several games, injured. As a backup. Yep.

In his last meaningful NFL playing time, over his last two seasons with the Titans, Mariota’s stats are pretty rotten. With 491 pass attempts over 21 games, he completed 65.8% of his throws but for only 3,731 yards and 18 touchdowns. He also threw 10 interceptions and had 12 fumbles.

But that’s not the most alarming statistics: Mariota took 67 sacks… yes… 67 sacks over those 491 attempts. To put that into context, Ben Roethlisberger took 51 over his last 1,213 attempts in two seasons. That’s behind what was considered a bad offensive line!

Furthermore, Mariota fumbled the ball a dozen times over those same attempts, including 34 total in 61 starts with Tennessee.

Good luck to whichever team thinks they can win with Captain Turnover on their roster.

Winston’s 2021 stats with the New Orleans Saints may give him a second shot somewhere, but I still can’t get over how much he handicapped the Tampa Bay Buccaneers prior to Tom Brady replacing him – and taking most of the same roster to the Super Bowl the very next season.

In 70 games with the Bucs, Winston asked Mariota to “hold his beer”, as he fumbled 52 times and became the only quarterback in NFL history to throw at least 30 touchdowns and 30 interceptions in the same season.

His interception rate went down with the Saints, but he only appeared in seven games: and still fumbled twice in those appearances.

There’s more than one reason Sean Payton retired as the Saints head coach, but Winston as one of his potential post-Drew Brees options is likely one of them!

I will put both of these quarterbacks into the “mostly good in a pinch” category.

Neither has truly shined when the spotlight has been placed on them as starters, and for Taylor, he’s especially had terrible luck injuries (nearly all of them no fault of his own).

I don’t think adding either of these mobile passers at this stage of their game is particularly wise for the Steelers. Taylor hasn’t played a full season in his last four (with three different teams) while Brissett had a worse YPA than even Rudolph’s 2019 “dink and dunk” offense. (Brissett has also been sacked a whopping 106 times in 727 attempts, or 1:7 times he drops back to pass.)

Pittsburgh would be better served not stealing valuable camp and practice reps from Rudolph and Haskins, plus they could easily sign Joshua Dobbs back for far less to get the same type of upside. (If you would call it that.)

You didn’t think I’d actually spend time writing about Glennon other than list his name here, did you? (You are correct. Pass!)

Trubisky is the most intriguing player on this list and the one I saved last for a reason.

Statistically, it’s hard to find fault in his game. He may have truly been a product of a bad Chicago Bears coaching staff, and despite that his efforts earned him a postseason appearance and Pro Bowl nod in 2018.

The issue is his ceiling. There’s a chance that we’ve seen what players like Rudolph and Haskins already are, but with far fewer starts I’m not certain we can be… certain.

Trubisky is about a 2:1 TD:INT type of player. Like Mariota, he struggles to hold onto the ball too, fumbling 27 times over 51 total games with Chicago.

Personally, I feel he’s going to field a better offer than the one he received in a post-pandemic reduced salary cap in 2021, and likely fetch a solid deal to compete elsewhere: namely with the New York Giants, where Trubisky’s 2021 offensive coordinator Brian Daboll just took over as head coach. (And is far from settled with current QB Daniel Jones.)

Sorry folks, but I’ve seen this movie before: and it wasn’t good.

None of these quarterbacks present a realized upgrade over Mason Rudolph or Dwayne Haskins at this time. To think otherwise is to discount Rudolph and Haskins, and the Steelers efforts already put into them, for a random journeyman passer or failed picks from other teams: many of whom would call Pittsburgh their fourth, fifth, or sixth home.

Is it really worth it over the players already on the roster?

That’s why the Steelers will likely go with who they have now – or draft someone in the near future. None of these quarterbacks or their contracts are worth the value of a cheaper Rudolph/Haskins or draft pick. A draft pick also won’t be so inclined to vulture reps from the current quarterbacks, likely redshirting their rookie season.

And that’s if the Steelers think a pick is worth using on a passer in the 2020 NFL Draft.

Otherwise, if I’m in a position of authority, I’m going to roll with the two QBs who were already on the roster last season, and see if that’s not a better investment instead.