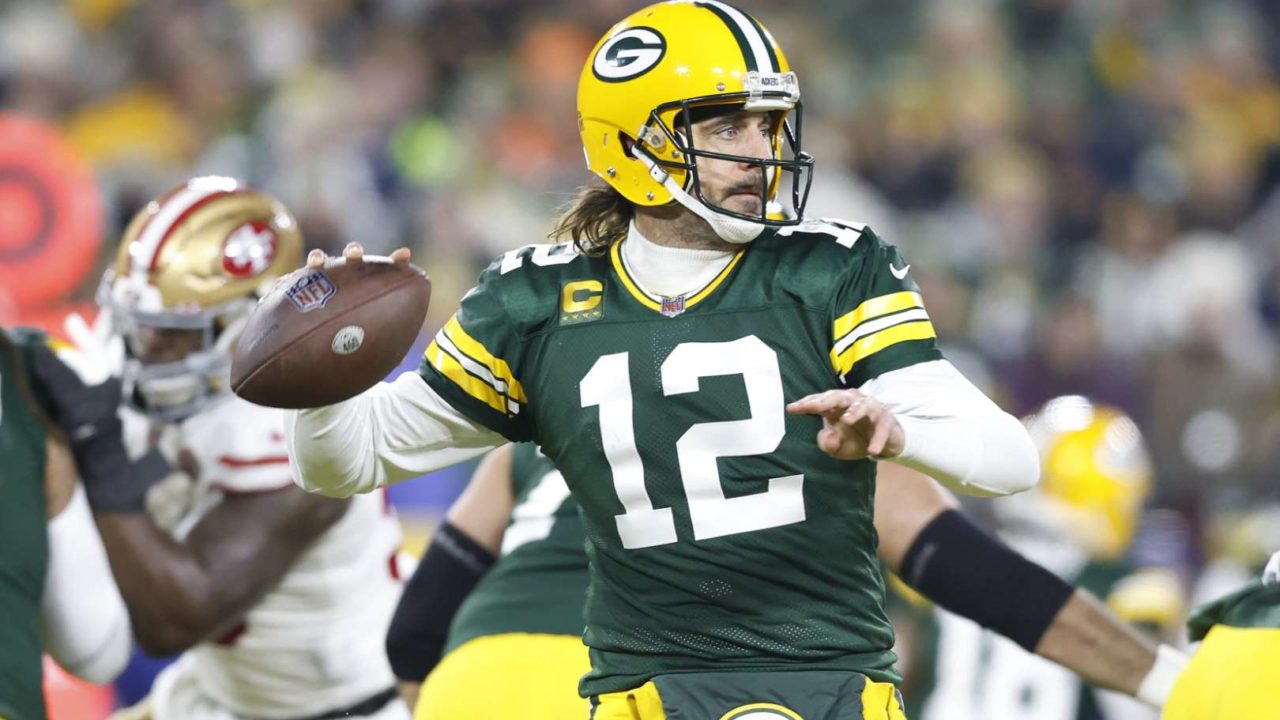 Anywhere you look this offseason, someone is always scrambling to put a new franchise quarterback on the Pittsburgh Steelers roster.

From NFL Insiders to clickbait bloggers, the gamut has run every name through the wringer at least once, if not multiple times. Player quotes have been taken out of context, or completely misrepresented, to speculate that names such as Aaron Rodgers, Russell Wilson, or Jimmy Garroppolo are headed to the Steel City.

While those players may be out of favor with their current teams, there’s little movement thus far on them leaving their situation. And depending on what it will take to acquire that signal-caller could be a big mistake for the Pittsburgh Steelers.

Currently, the Steelers are sitting with a projected $28.7 million in cap space according to OverTheCap.com. That number could fluctuate and should rise a bit, depending on what the announced salary cap figure ends up being.

The $28.7 million in space doesn’t make the Steelers the richest team to splurge in free agency, but it sets them up in a position they haven’t been in in many years with extra cash to spare and among the top ten teams with cap room heading into the offseason.

Undoubtedly some of that money will be needed to re-sign or extend their free agents, a list which includes WR JuJu Smith-Schuster, S Terrell Edmunds, CBs Joe Haden, and Ahkello Witherspoon, and a handful of other role players such as J.C. Hassenauer and Robert Spillane.

A looming big-money deal for Minkah Fitzpatrick is a certainty as well, with the Steelers starting free safety entering the fifth-year option on his original rookie contract.

With some of that money eaten away by doing what Pittsburgh always does (and that’s retain their own players) it would be hard to fathom how they’d manage prying away some of the highest-paid quarterbacks from other teams.

Aaron Rodgers, for example, was paid in the neighborhood of $27.5 million in 2021, after restructuring his deal to lower his cap liability with Green Bay: who now stares in the face of a $46.6 million cap hit in 2022, along with still owing Rodgers an additional $7.6 million for a void year in 2023.

Russell Wilson, who had the league’s highest cap number at the quarterback position in 2021 with $32 million, will see that figure rise to $37 million and $40 million over the next two seasons. Seattle will still be on the hook for nearly half of that money, however, Wilson’s agents will definitely be seeking another large deal beyond that.

Among the league’s other high earners for the upcoming season include Matt Ryan ($48.6m), Kirk Cousins ($45m), and Deshaun Watson, who has a cap number of $40.4 million.

Watson represents the most ridiculous of scenarios, with Houston seeking large compensation to offset the $51.2 million in dead cap room they’d swallow if they find a trade partner for the troubled player. The asking price is reportedly three first-round picks, of which, would do irreparable damage to any team – but especially so with the Steelers.

The Steelers haven’t sniffed a top ten draft pick without trading since Plaxico Burress was selected in 2000. A handful of times they’ve gotten closer, drafting Ben Roethlisberger (11th overall) in 2004 and Devin Bush (10th overall) in 2019.

Due to always remaining competitive and near playoff contention, the Steelers rarely choose in the top 15. However, some of their picks in the first 20 have netted great players such as Casey Hampton (19th), Troy Polamalu (16th), Lawrence Timmons (15th), Maurkice Pouncey (18th) and Ryan Shazier (15th).

Could you imagine trading away any number of those players for the unknown prospect of an aging QB (Rodgers), an injury-plagued QB (Garroppolo), or one who’s current legal situation may prevent him from suiting up due to a suspension (Watson)?

It also stands to reason that a team with fewer draft picks heading into the 2022 NFL Draft, and one which traditionally builds their team through that event in lieu of spending big bucks in free agency, would be crippled by a big trade – especially one for Watson, but any of the other big names as well.

While Garroppolo and Rodgers each have a season remaining on their current contracts (with the former likely candidate to be traded, or even released) they could be had for a lesser draft choice, but that’s no guarantee.

When the San Francisco 49ers took a risk by trading with the New England Patriots for Garroppolo (who at the time had only 94 career pass attempts to his name) they were able to acquire him for only a second-round pick.

That’s a far cry from the first-round collateral being mentioned with his and others’ names at this present date.

Regardless, adding even Jimmy Garroppolo to the fold presents a challenge where the Steelers end up with about as much post offseason maneuvering money to spend, after being north of $30 million over the cap last season. They could potentially move on from a few players to save money, such as Joe Schobert, who’s name floats around often in this regard: but then you have to replace him with another player as well as pay any remaining dead cap hits.

It’s a Catch-22 at its finest and one where I don’t see the Steelers able to trade draft choices and unwilling to potentially pay a premium for what might not be much of an upgrade over their current in-house options of Mason Rudolph and Dwayne Haskins. (Read more on that here.)

Therefore, I’d be very surprised if the Steelers made a big splash at the quarterback position this offseason. For a team that has a lot of other areas of concern as the offseason gets underway, spending the money and picks necessary to reshape their roster in order to obtain a single player doesn’t seem prudent.

I know this idea will rile up a great number of fans, but not addressing a quarterback via trade – or maybe even free agency – is probably the best way that the Steelers remain a competitive squad in 2022.