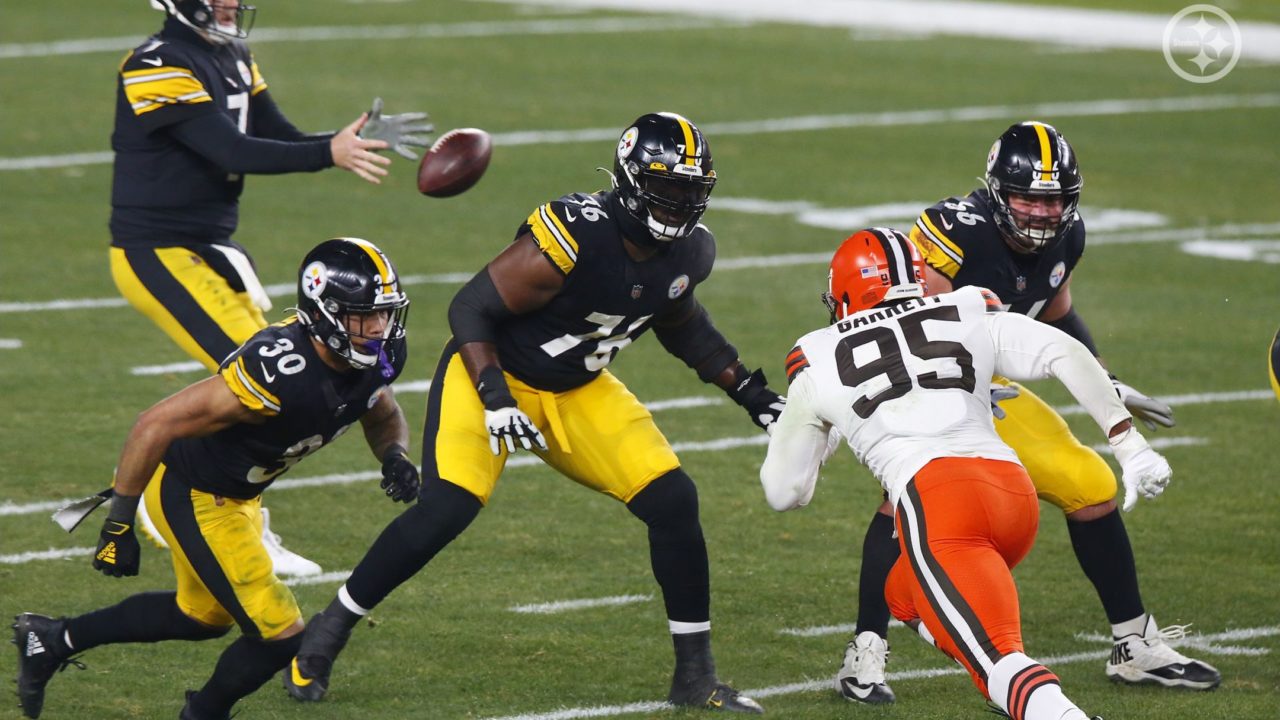 Steel City Underground presents the 2022 NFL free agents tracker for the Pittsburgh Steelers. This page will be updated as free agents are added by the team. Please check back as free agency is often a flurry of quick-releasing news and reports.

Arthur Maulet (cornerback): Maulet, originally signed by the Steelers in May 2021, was signed to a two-year contract on Monday, March 14. Maulet played in 16 games and finished the 2021 season with 46 tackles (five for a loss), and two quarterback hits.

Chukwuma Okorafor (offensive tackle): Okorafor, the Steelers’ third-round selection in the 2018 NFL Draft, signed a three-year contract to remain with the team on Monday, March 14. Okorafor started 16-of-17 games in 2021. He has started in both postseason contests he had played in.

Dwayne Haskins (quarterback): After a tumultuous time as a first-round pick in Washington, Haskins has only seen time on the field with the Steelers during the preseason.

Note: These reports are all verified by the Pittsburgh Steelers’ official site.

Mitchell “Mitch” Trubisky (quarterback): Per Albert Breer of SI.com and other reports, the Steelers have offered the former Chicago Bears and Buffalo Bills quarterback a two-year contract with a base value of $14 million. Believed by many to be a bridge quarterback between retired Ben Roethlisberger and a potential draft signee in 2023, Trubisky will get the opportunity to compete with Mason Rudolph and Haskins in training camp if he signs the deal with Pittsburgh.

James Daniels (offensive line): Daniels, a second-round selection in 2018 (Iowa), played with the Chicago Bears over the last four seasons. NFL Media reports indicate that Daniels has agreed to terms with the Steelers that would include a three-year deal for $26.5 million if he were to sign it on Wednesday, March 16.

Mason Cole (offensive guard/center): Cole, formerly with the Minnesota Vikings, has reportedly also agreed to terms on a deal with the Steelers that would keep him in Pittsburgh for three years for around $15 million.

Former Jaguars’ LB Myles Jack is expected to sign a two-year, $16 million deal with the Pittsburgh Steelers, per source.

Marcus Allen (hybrid defensive back/linebacker): WTAE reported on Tuesday, March 15, that the Steelers have reportedly placed a restricted free agent tender on Allen. The Steelers would have a right to match any offer another team would make.

Robert Spillane (linebacker): The Steelers have reportedly given Spillane a right of first refusal tender with the right for Pittsburgh to match any offer.

The following players are free agents who have yet to sign a new deal with the Steelers.

We have terminated the contract of OT Zach Banner. @BordasLaw https://t.co/KHqH0BYWiV

The addition of Myles Jack means the Steelers will release Joe Schobert, who was scheduled to count $9.7 million against the salary cap in 2022.