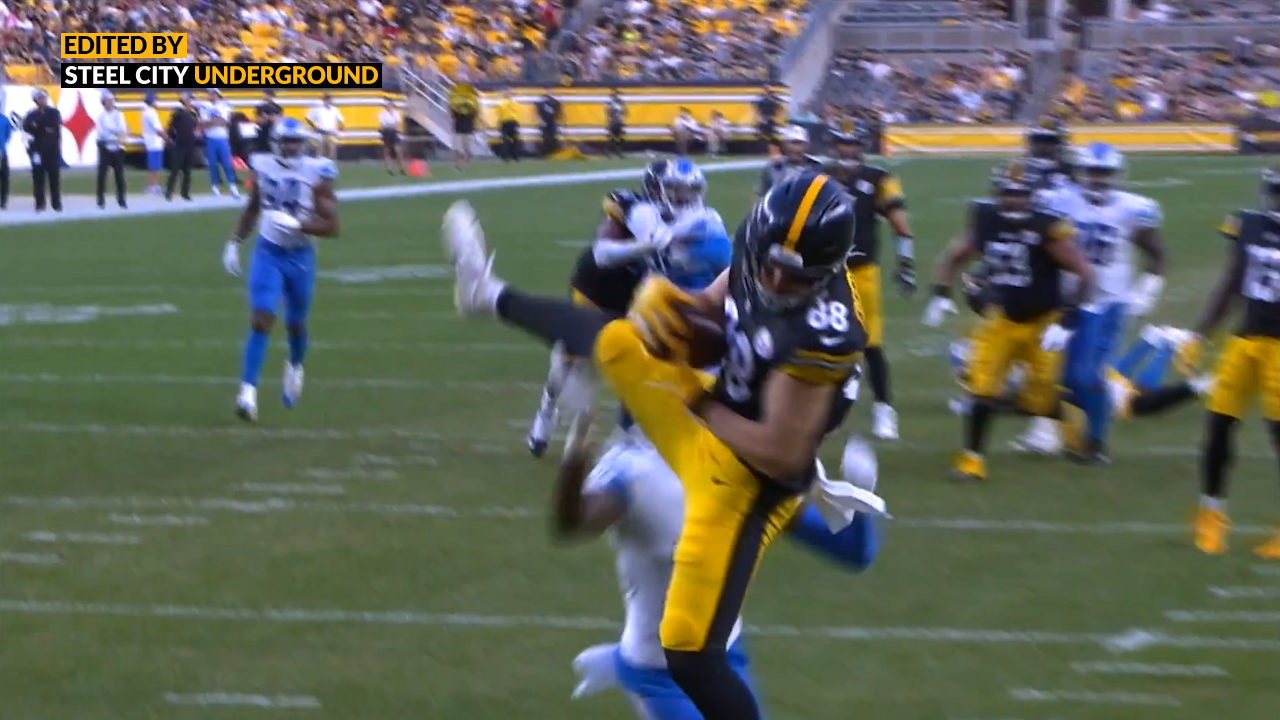 A leaner, meaner-looking Ben Roethlisberger wasn’t on the field long for the Pittsburgh Steelers yearly preseason “dress rehearsal” game against the Detroit Lions. While he was, he looked every bit the part of a wily veteran.

Roethlisberger’s arm strength had been questioned a lot since the injury that required him to miss nearly all of the 2019-20 NFL regular season. His performance at Heinz Field on this Saturday evening shut down most of that narrative.

On the Steelers’ second offensive possession of the game, Roethlisberger led the offense on a nine-play, 82-yard drive that was capped by a fantastic touchdown play. The offensive line got a great push up front, creating more room in the pocket. That allowed Roethlisberger time to scan the field and step up in the pocket to find a receiver.

Utilizing one of the best double pump-fakes in the NFL – a move that not only gave his target separation from Lions defenders but also threw off the cameraman filming the game – Big Ben tossed the ball where only his rookie tight end Pat Freiermuth, could get it.

The sharp pass was high, giving Freiermuth an edge over the closest defender by allowing him to utilize his height and agility to haul in the 11-yard touchdown.

We didn't get pump faked by @_BigBen7!

Myself and another fan talking about @pat_fry5's upside as the play unfolds live Saturday night @heinzfield #Steelers #HereWeGo pic.twitter.com/gVNmJy9HnP

Roethlisberger completed five-of-six passes during the drive for 80 yards, went two-for-two on third downs, and threw a 43-yard lob over the top of defenders into Diontae Johnson‘s arms plus an 11-yard completion to JuJu Smith-Schuster in just under five minutes to give Pittsburgh a 7-0 lead over Detroit in the first quarter.

On the next, and final drive for Roethlisberger on the night, he was able to hit running back Najee Harris out of the offensive backfield that illustrated Harris’ ability to break tackles and get extra yardage.

The play went for a 46-yard gain as Harris streaked down the sideline.

Just two plays later, Roethlisberger and Freirmuth connected again in the end zone for the Steelers’ second touchdown in a 26-20 win to go 3-0 thus at this point in the NFL preseason, while Big Ben finished his day with a perfect passer rating.