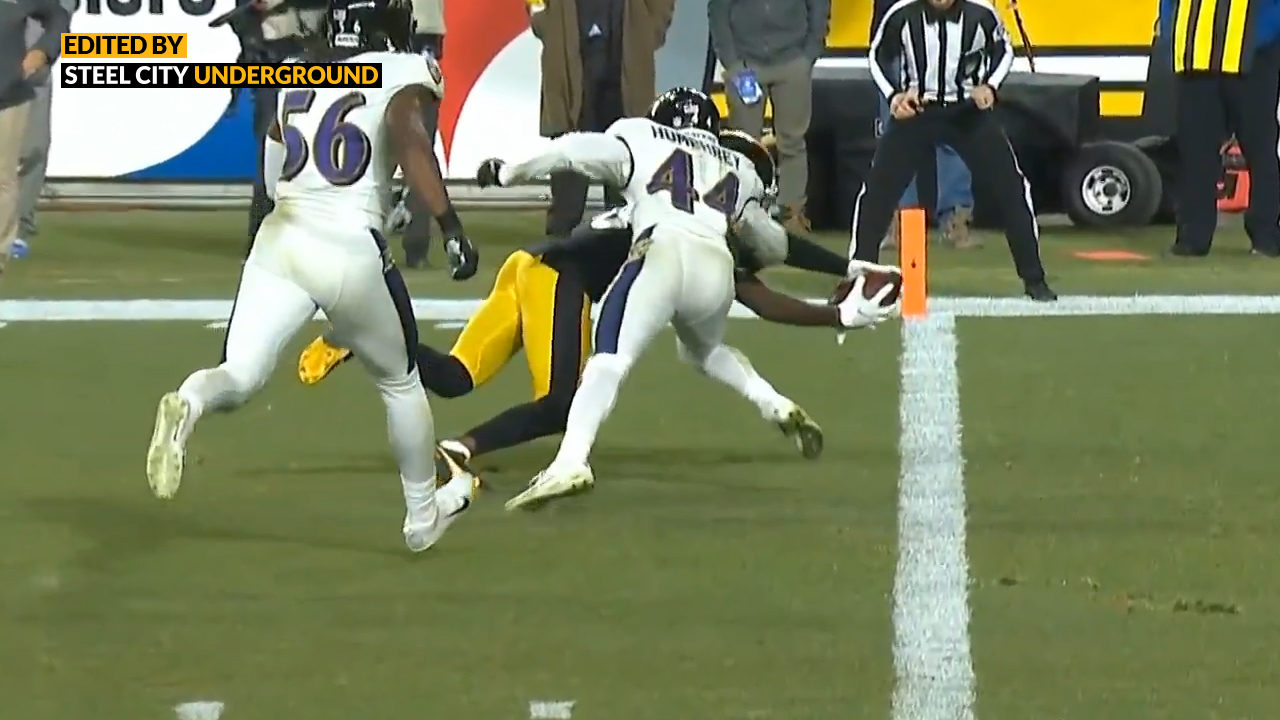 Plays of the Year: Diontae Johnson scores game winner in upset over Ravens

In Week 13 of the 2021 NFL regular season, the Pittsburgh Steelers and Baltimore Ravens were set for a typical AFC North rivalry game. Despite news leaking that the Steelers may be in even greater need of a quarterback in 2022, just ahead of kickoff (a nonsensical time to make a media assertion) there was even more concern when Pittsburgh’s offense was only able to run six total plays in their first offensive series before Baltimore ate most of the remainder of game clock in the first half of the game.

The Steelers offense found a rhythm, however, in the second half and were able to click at the right time to give their team, as a whole, the rebound they needed to get their season back on track and beat the Ravens thanks to a game-winning hookup between Ben Roethlisberger and team-leading receiver Diontae Johnson.

To say that “Big Ben” may have wanted to prove he’s relevant in the NFL and with the Steelers is an understatement.

Roethlisberger appeared determined to make a difference and continue to show Baltimore that he could perform in a big, primetime game.

Johnson, who once again led all Steelers in receptions, missed one over-the-head pass from Roethlisberger – a catch that could have been a touchdown – only to get on track to lead the Steelers, ultimately, to victory. Leading up to the game-winning drive, Johnson made a 25-yard catch along the right sideline despite being hit hard in nearly the same position on a high pass.

Roethlisberger led the Pittsburgh offense on an 11-play, 69-yard drive after the defense was able to get a three-and-out thanks to a sack by T.J. Watt and near interception by Ahkello Witherspoon. Roethlisberger found Johnson open on a smart pick play offensively, and Johnson made a nice move to get separation to get the ball and run into the end zone for his second touchdown reception of the game.

Mike Tomlin and the coaching staff of the Steelers opted to be aggressive and went for the two-point conversion following the Johnson touchdown. Rookie tight end Pat Freiermuth made it too easy for Roethlisberger to hit him in the end zone to convert and give the Steelers a 20-13 lead over Baltimore.

Despite a late touchdown catch by the Ravens, John Harbaugh’s gamble to go for the two-point conversion was denied when Watt came off the edge to pressure Lamar Jackson enough that his throw to a wide-open Mark Andrews was bobbled and fell dead in the end zone.

The following onside kick attempt was recovered by Tre Norwood to give the Steelers a kneel-down for the victory, 20-19 to improve to 6-5-1 on the season.

Johnson finished the game with eight receptions for 105 yards and the Steelers’ only touchdowns in the game. His 13.12 yard-per-catch was second only to Chase Claypool who had two receptions for 52 yards.