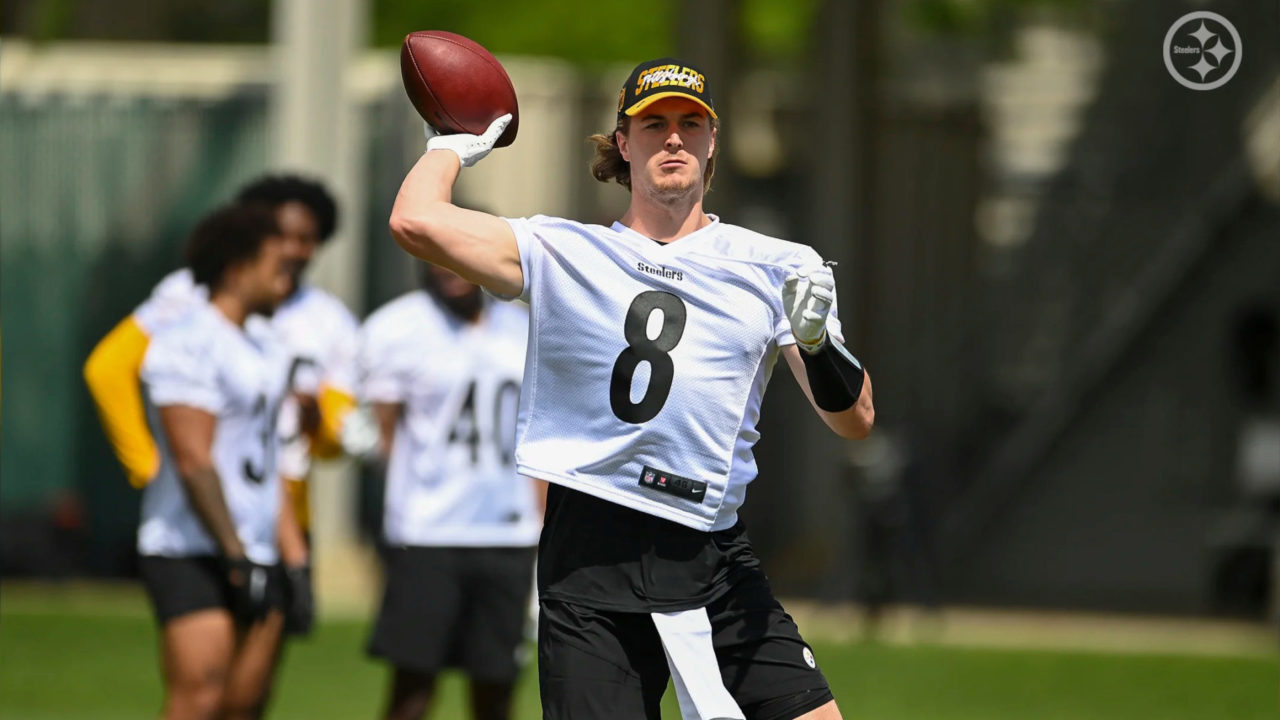 With the 2022 NFL Draft well in the rearview mirror and mini camps underway, it’s time to start looking ahead to the start of the season. For Steelers fans, all attention will be locked in on the newest quarterback in town and potential heir-apparent to future Hall of Famer Ben Roethlisberger: Kenny Pickett.

Drafting a young quarterback can always be a roll of the dice. Being a “local” prospect from the University of Pittsburgh and also having to fill the shoes of the of perhaps the greatest QB in franchise history, then the bar will be high to meet for the Steelers’ first-round pick.

The good news for Steelers Nation is Vegas seems to think that Pickett is on pace for a great first season. Many of the online sportsbooks in Pennsylvania have the Pitt prospect on pace to take home the Offensive Rookie of the Year trophy at the end of the 2022 season.

According to DraftKings, here are the top 10 early favorites to win the award:

Since quarterbacks generally dominate awards lists, and given that Pickett is the rookie passer most likely to see significant time this season, it makes sense that he’d be near the top of the list.

The Falcons’ Desmond Ridder is the second-highest-rated QB to win the award at odds of +1400, which is also based on uncertainty at the position with Atlanta.

It remains to be seen who will be under center when the Steelers kick off against the Cincinnati Bengals to begin the regular season. Mike Tomlin has said the battle for the position will be “fierce”. Mitchell Trubisky has been getting early first-team reps over Pickett and Roethlisberger’s 2021 backup, Mason Rudolph, so we won’t have an answer soon.

The starting quarterback battle will be the storyline throughout training camp and potentially beyond based on the veterans and the draft pedigree of Pickett.

If Trubisky or Rudolph win the starting job in camp, it would obviously hurt Pickett’s chances at winning the award, as he would have less time to put up the stats that may be necessary to win it: even if he is expected to take over at some point during the season.

17 games of high-level production from a top rookie receiver like Burks or London would probably be more valuable in the eyes of OROY voters than only 10-12 from Pickett.

However, if Pickett manages to become a Day 1 starter, then the odds are in his favor to become the first Steeler to win Offensive Rookie of the Year since his predecessor Ben Roethlisberger in 2004.

Stay tuned folks, as this is going to be an interesting offseason!