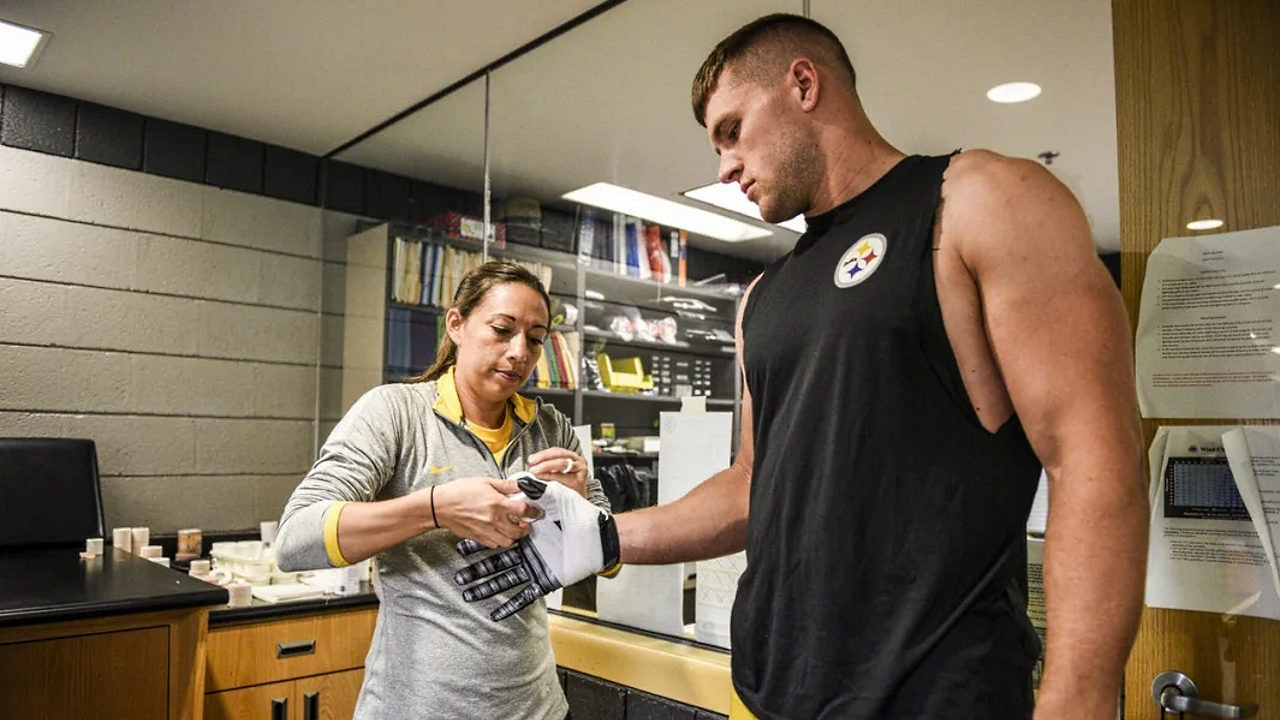 Before the NFL officially gears up for the 2022-23 season, Steel City Underground will be taking fans back in time to feature events, special moments, and historical times in the world of the Pittsburgh Steelers and Steelers Nation. Join us as we revisit these moments in our “Steelers Throwback Thursdays”

Since training camp for the Pittsburgh Steelers is nearly upon us, we’re looking back to 2017 at St. Vincent’s College in Latrobe, Pennsylvania, and the beginning of the career of T.J. Watt. Watt was selected out of the University of Wisconsin in the first round of the NFL Draft with the 30th overall pick that year; he was the fourth linebacker selected by the Steelers in the first round since 2013.

Before camp officially kicked off, Watt spent the summer in Wisconsin working out with his brothers. At the time, J.J. Watt was with the Houston Texans and Derek Watt was with the Los Angeles Chargers. The experience was something T.J. felt was invaluable to his preparation for the National Football League.

“Working with my brothers in the offseason [helped] a lot… They pushed me. Taught me any little lessons that you need to be in the NFL,” Watt said when interviewed. He said that his brothers pushed him in the weight room and on the field while giving him advice on how to get the most out of practice and being a professional football player.

As camp got underway, Watt grew more comfortable with his teammates and set out to prove himself to the team. He entered camp competing with veteran James Harrison for the starting right outside linebacker position. Harrison entered camp recovering from nagging injuries which opened the door for Watt to make a name for himself early.

Watt saw his first NFL action in the Steelers’ first preseason game against the New York Giants. The rookie earned two sacks in the victory.

“You have to come out here each and every day and act like the rookie that I am and try to prove people wrong every single week.”