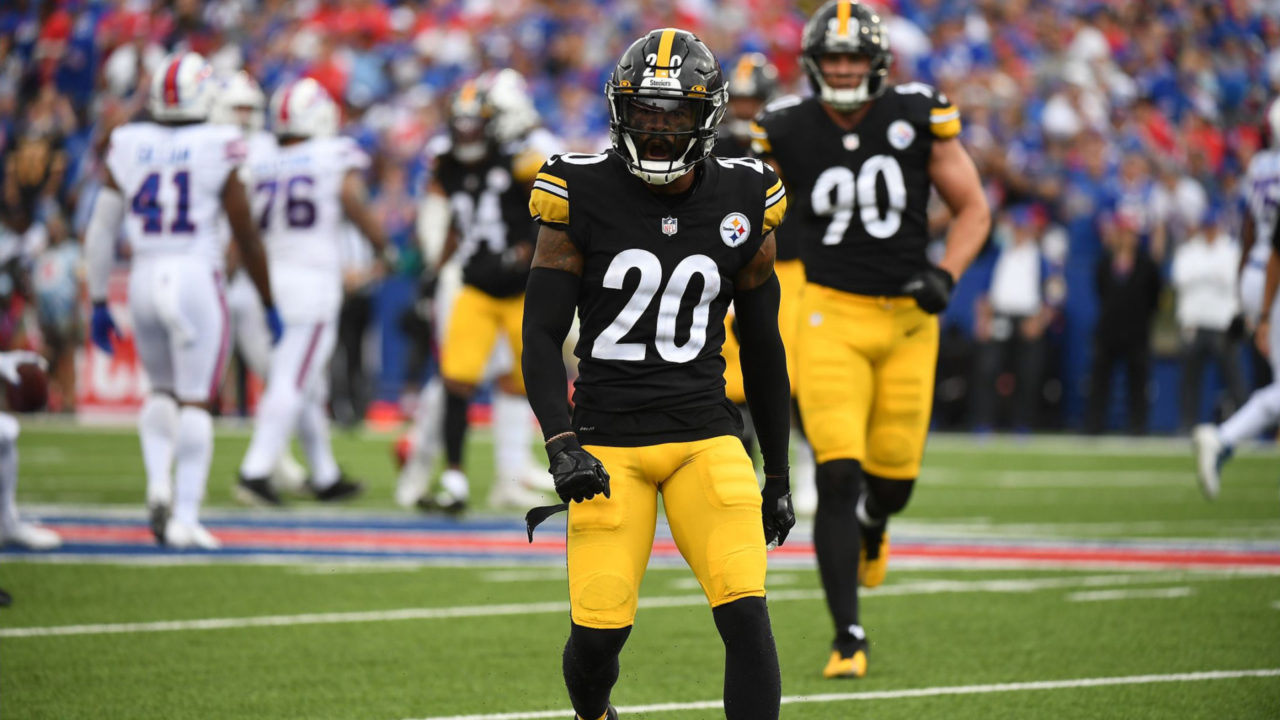 Two years ago it felt like the Pittsburgh Steelers secondary was on top of the world.

Aside from the safeties in place, Minkah Fitzpatrick and Terrell Edmunds, the team boasted a top cornerback with Joe Haden, a strong second corner with Steven Nelson, and had a rising star playing the nickel with Mike Hilton.

The Steelers will enter 2022 without any of those players, as they also transition their position coaches. The promotion of Teryl Austin to defensive coordinator leaves second-year position coach Grady Brown to man all of the defensive backs on his own. He will inherit a group without Joe Haden for the first time since 2017.

Here’s a look at those cornerbacks and how their 2022 season should play out.

2021 was a slim offseason for the Pittsburgh Steelers. With a number of free agents pending and a salary cap that was reduced to nearly 2018 standards due to the pandemic, they had to make tough decisions on who to bring back: and who to let go.

Cam Sutton became one of the “bring back” candidates, a priority free agent who, when re-signed, forced the team to let go of the aforementioned Steven Nelson.

Sutton was penciled in to play on the outside, in Nelson’s old spot opposite Joe Haden, but often found himself in a rotation – playing that position, plus kicking inside to cover the slot, as well as some deep safety play.

Sutton would play in 16 games, knocking down six passes while registering two interceptions.

With two other potential boundary corners on the roster heading into camp, there’s some suggestion that Sutton may be moved exclusively into Mike Hilton’s old role: one in which I feel he’s a better player, not only by role, but than Hilton himself.

There’s also a chance that the versatile Sutton keeps playing outside and then bumps back inside in subpackages, something that was often seen throughout the 2021 season.

Regardless, he’s a key component to how the Steelers want to disguise their defensive schemes and will see a large amount of playing time in the second year of a two-year deal signed last season.

The Steelers acquired Witherspoon in a trade with the Seattle Seahawks just ahead of the start of the regular season. Many felt the move indicated he would become a starter in place of Sutton, as the Steelers struggled to find a full-time replacement for Mike Hilton in the offseason. (One such candidate, Antoine Brooks, was sidelined and then released with an injury settlement during camp.)

Witherspoon saw the field against the Las Vegas Raiders, and became the scapegoat for a game-deciding 61-yard Derek Carr touchdown pass.

He wouldn’t surface again until an injury to Haden, and poor play by James Pierre, led to Witherspoon’s emergence on a Thursday Night Football game against the Minnesota Vikings, in which the cornerback picked off not one, but two Kirk Cousins throws.

There was speculation Ahkello wouldn’t be back with the Steelers this season, but he signed a two-year deal in the offseason and joins the fray as a veteran cornerback who has a penchant for big plays.

Witherspoon should be one of the starting cornerbacks, but in case he isn’t…

He has 30 pass deflections and six interceptions over that course of time.

Wallace joins the Steelers as another under-the-radar free agent signing they’re famous for. The Bills had nothing but high praise for Wallace, but a lack of cap room kept them from coming to terms with him long-term.

Their loss is the Steelers gain as Wallace could compete for one of the starting spots and could even dynamically change the way the Steelers view their cornerbacks.

They’ll need him, as the rest of the position group looks rather bare headed into camp.

An undrafted “Camp Phenom” going back to 2020, Pierre would get his opportunity to shine last season.

Those opportunities were met with mixed results, as Pierre’s season collapsed in a one-sided road loss in Cincinnati. After logging 414 defensive snaps, he would fail to play a single down the remaining six games.

If a “hot seat” had a picture next to its definition, it would be Pierre’s.

Making the 53-man roster will be an uphill battle as it is, but staying there could prove to be more difficult.

The 2019 third round draft pick felt like a steal when he fell to the Steelers, but he has shown little progress and struggled to get on the field.

He played 28 snaps across four games, with one of those being a single rep. He has never started in three seasons entering the final year of his original rookie contract.

Being beat out for playing time in 2021 by Pierre doesn’t help Layne’s prospects of developing into a contributor. It could even mean that Layne is released if the team finds a better option at the end of Summer.

Ultimately, he has to offer more than James Pierre on both defense and special teams. Otherwise both corners may be looking for a new home.

The former Jets safety joined the Steelers last season and made a living as Mike Hilton’s replacement in the slot.

He appeared in 16 games last season, with 5 tackles-for-loss and 2 QB hits.

He’s now officially listed as a cornerback on the team roster and has the in roads to being on the final 53.

This all depends on the usage of Wallace, Witherspoon and Sutton. Regardless, Maulet should see some substantial playing time as a hybrid player much in the same vein as Cam Sutton.

There isn’t much to the “rest” here.

Pittsburgh has four other players on the roster listed as a “DB” with no distinction as to whether they’ll play cornerback or safety:

Norwood, a seventh round pick last season, has already surpassed any and all expectations: he will be covered in the safeties edition of this series.

The others have a tough hill to climb to make the roster. The Steelers usually keep five cornerbacks, and it appears that four of those spots are secured.

Pierre or Layne could stick to the roster as a special teams standout, but all it takes is for one of the other three young men to step up, as Pierre had two years ago, and snatch the final roster spot within this position group.