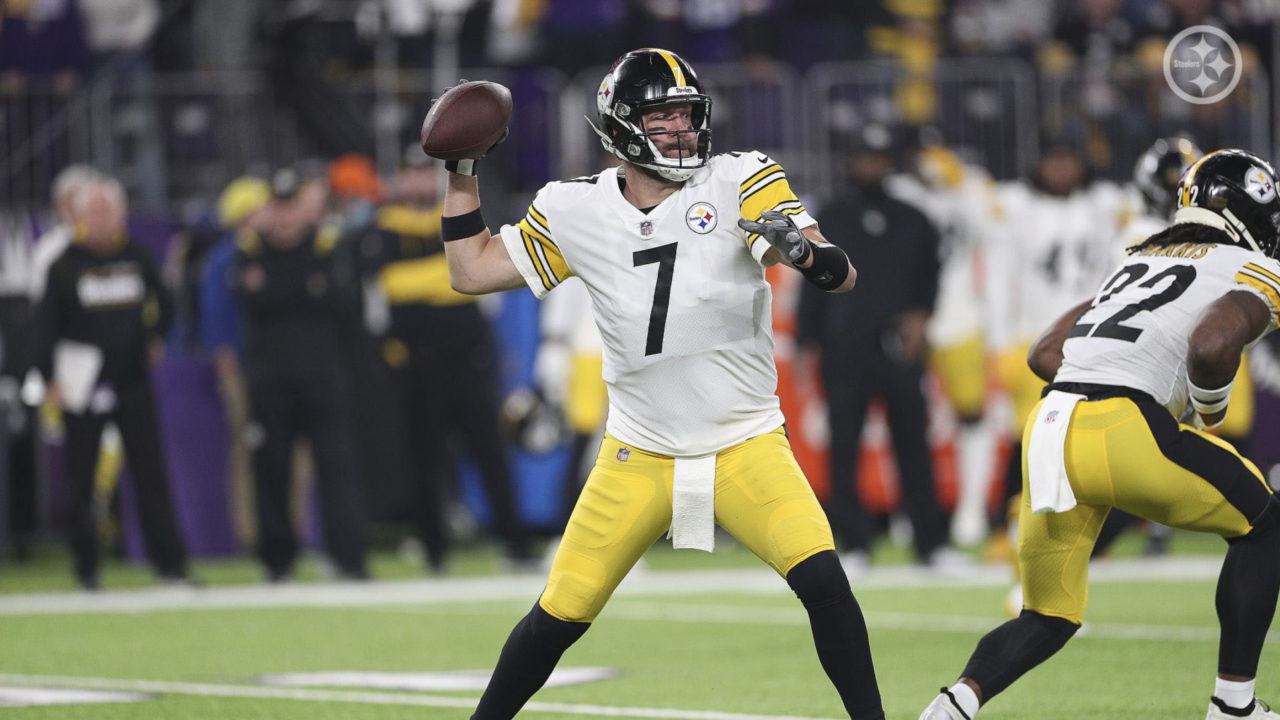 Week 14 of the 2021 NFL season came early for the Steelers, as the Black and Gold would travel up to Minnesota to play the Vikings.

Initially, our team at SCU marked this game on the calendar, because the short turnaround for Thursday Night Football usually spells doom for the visitors.

It also spells doom when the next game on the schedule follows a matchup between the Steelers and Ravens. In the past, we’ve seen the Steelers struggle on the road in Dallas or even snap their 11-game unbeaten streak against Washington, all after an emotional contest with Baltimore.

That trend would continue into the Thursday primetime slate, as the last-second hangover of beating the Ravens at home would turn into another ugly showing.

The first half of the game would see the Vikings first drive ending with a missed 53-yard field goal attempt. Not to be outdone, Chris Boswell would miss a 49-yarder on the Steelers first drive too.

The Steelers would then punt on four consecutive offensive drives which combined for a total of 14 plays and 7 net yards of offense.

Ben Roethlisberger would try to do something before halftime, completing two passes for 23 yards as time ran out in the second quarter: it was the best showing up to that point aside from the 11-play opening drive which ended with the Boswell miss.

This setup the Steelers defense for failure, relinquishing a 23-point lead to Minnesota as the Vikings amassed 300 yards of offense including 176 of those yards rushing.

Vikings RB Dalvin Cook, who just returned from several weeks off due to injury, ran for 153 yards on 14 carries and two touchdowns in the first half; good for a 10.9 yards-per-carry average.

The Steelers offense followed up their miserable first half offense with a three-play drive that lost four yards to start the third quarter. When they got the ball back, down 26-0 now, they would give the ball away via a Big Ben pick. It was a microcosm of errors, with C Kendrick Green snapping balls over Roethlisberger’s head, and later on, Chase Claypool celebrating a first down while the clock kept ticking with no timeouts left.

At least Pittsburgh’s defense was able to hold the Vikes off somewhat better in the second half, holding them to drives of 10 and 18 yards, but each ended in field goals following great field position for the opponent. Things got worse for the Steelers, as both T.J. Watt and Alex Highsmith were forced to leave the game due to injury. This left defensive coordinator Keith Butler with very few options to slowdown Minnesota’s offense.

However, as the game looked its bleakest, Roethlisberger somehow didn’t give up.

With 6:15 left in the third quarter, the Steelers would take the ball 75 yards on 10 plays to score their first points of the game on a Najee Harris three-yard touchdown reception.

The Ahkello Witherspoon coming out party began shortly thereafter, as he picked off a Kirk Cousins pass on Minnesota’s very next play.

The Steelers would maintain possession through the start of the fourth quarter, with Harris striking yet again on a one-yard rushing touchdown that capped off a shorter 42-yard series that saw Pittsburgh close the gap to 29-14 in a little over two minutes.

Miraculously, the Steelers defense slammed Cousins and company to force their second punt of the game.

With everyone’s heartrates elevated after being woken up after 2.5 quarters of bad football, the Steelers would score on yet another fast drive (1:06) as Big Ben rifled a deep ball to WR James Washington for a 30-yard TD. A two-point try failed, but the Steelers were much closer to competing now, down 29-20 with over 12 minutes left in the game.

Unfortunately, the comeback bid took a ad turn three plays later, as Cousins connected with K.J. Osborn for a 62-yard touchdown, putting Minnesota up 36-20: the Steelers would opt to punt on another three-and-out, down 36-20.

Then Witherspoon struck once more, picking off his second Cousins pass of the game, and sprinting it downfield 41 yards. It only took two plays for Roethlisberger to find rookie TE Pat Freiermuth for a touchdown, and then Diontae Johnson for a successful two-point conversion.

The insane finish would see the Steelers burn their three remaining timeouts on defense, while getting the ball back on their own four-yard line with just over two minutes to go.

In what looked like a customary Roethlisberger game-winning drive, Pittsburgh would gain 94 yards and wind up with a last-ditch effort on the Vikings 12-yard line with three seconds left, as a laser beam of a ball was violently knocked out of the usually sure-handed Freiermuth’s hands.

Ben would finish the game 28 of 40 passing, 70% complete for 308 yards and 3 touchdowns with a 107.1 QB rating. However, the Steelers would fall back to a .500 record following the 36-28 loss, but somehow still had a path to make the playoffs with four more games remaining in the season.