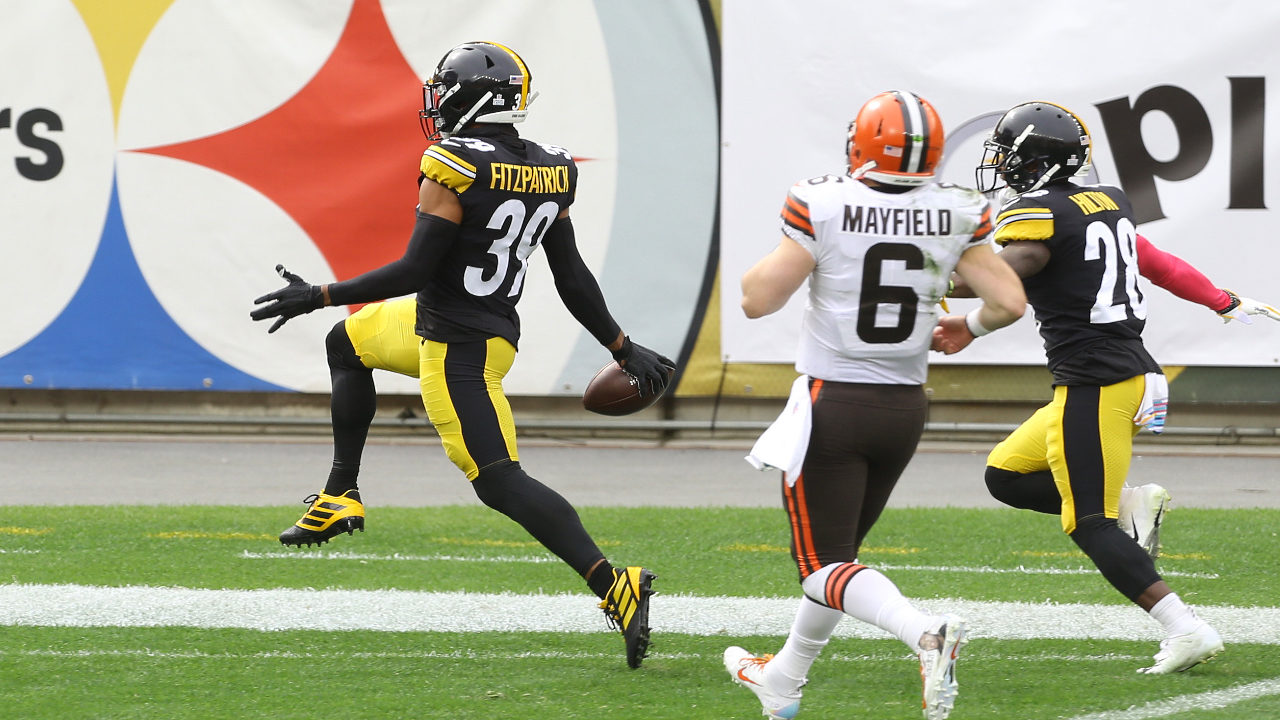 One of the deepest groups on the team also features a defensive back who just set the bar high for contracts at his position.

The Steelers have loaded up on various defensive backs, both cornerbacks and safeties, over the last few seasons, as they gear up to defend against mobile quarterbacks and athletic tight ends: the later used to give the defense fits until recently.

This position group brings everyone back from last season, plus adds another major veteran player to it.

Let’s have a look at the Steelers safeties entering this year’s training camp.

The Steelers feature several All-Pro level defenders: Fitzpatrick is one of them, twice over.

The centerpiece of a major trade with the Miami Dolphins in 2019, Fitzpatrick landed a major contract extension weeks ago which made him the highest-paid safety in the NFL.

Despite the disrespect from “ratings gurus” such as Pro Football Focus or EA Sports’ Madden video game, Fitzpatrick is a game changer who is widely respected, and feared, around the league.

In a “down” season, Minkah picked off two passes, led the team in tackles, and had some other highlight plays, one of which was snatched away by the referees in Green Bay.

He’s what makes the Steelers defensive backfield tick, and is monitored by opposing quarterbacks and play callers on every snap.

Former first round pick, and the Steelers starting strong safety over the last four seasons, Edmunds entered a lukewarm free agency market that saw safeties sitting for weeks without offers.

He returns to Pittsburgh on a one-year deal, to presumably resume his previous role.

Edmunds’ use last season started to fluctuate. He began lining up more often in man coverage at the line of scrimmage, often defending tight ends, and the occasional running back.

Another unusual move last season, is that Edmunds actually left the field for plays – typically he would participate in every defensive snap.

His cheaper one-year deal could indicate similar, perhaps subpackage use, this season, if the staff has another “full timer” in mind.

A five-year pro, Kazee spent last season with the Dallas Cowboys after his previous four with the Atlanta Falcons.

Reading into the Edmunds contract, and my other thoughts on how Edmunds may be deployed this season opens the door for Kazee, who has played both free and strong safety in his career.

Kazee’s best season came as a strong safety in Atlanta, where he knocked down ten passes and picked off another seven. He could see a career revival and compete for major playing time in Pittsburgh.

A favorite of defensive coordinator Teryl Austin’s going back to their days with the Detroit Lions, Killebrew is under contract with the Steelers for the next two seasons.

Mainly a special teams contributor, Killebrew has played both linebacker and safety in his NFL career, and is yet another hybrid chess piece that the Steelers covet.

Killebrew’s contributions will mainly come from special teams, as his 11 snaps against his former team in Week 9 was a season high: he never played more than six defensive snaps in any other game, and didn’t appear on defense in several others.

Most fans will remember Miles for his brilliant blocked punt in a game against the Chargers last season. His coverage skills and ability to create splash plays are his best fit in a loaded safety room.

One of the Steelers seventh round picks in 2021, Norwood exceeded expectations for his draft position. He would play in every game, and register significant snaps: much more than Killebrew, but still mainly as a contributor on special teams packages.

Norwood appears to have a high ceiling, but will have more difficulty competing for playing time with Edmunds’ return and Kazee’s arrival. He should still find a niche on special teams and occasional subpackages.

Pay close attention to his development, as it could signal the reason why the Steelers were hesitant to offer Edmunds or Kazee longer term deals.

A former first round pick with the Raiders, Joseph bounced around to the Cleveland Browns, and then in 2021, to the Steelers.

He spent most of the season on the practice squad. He would be called up to the main roster for two games, but have minimal impact.

Joseph is another of those former players with high pedigree that Mike Tomlin covets.

The recent expanded practice squad rules of the last few seasons allowed the team to stash players, such as Joseph, on the practice squad, until they were needed.

Injuries derailed Joseph’s early career, but he was largely available in 2021. The problem for him is, so was everyone else.

Still, the Steelers thought enough of Joseph to bring him back for 2022. He’ll be in the mix for a spot on the 53-man roster, but a crowded safety group could see him fall back to the practice squad.

Donovan Stiner, Linden Stephens, Chris Steele, and Carlins Platel round out the other names entering camp. Stiner is the only one of the four officially listed as a safety on the Steelers current camp roster, with the others noted as “defensive back”.

Regardless of where they are positioned, it will be an uphill battle to stick to the roster with this loaded safety group.