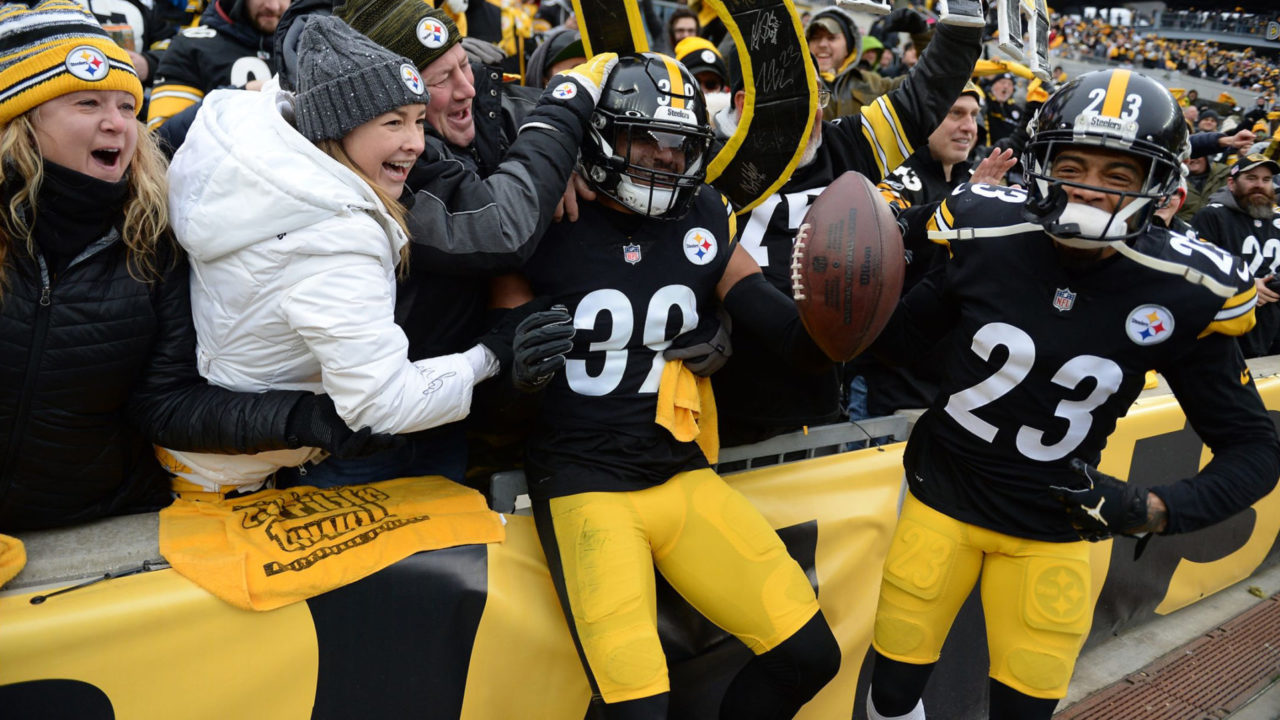 Week 15 was essentially a must-win situation for the Pittsburgh Steelers if they wanted any hint of a shot at a playoff spot following the 2021 NFL regular season. At 6-6-1, the Steelers looked outmatched early, once again on Sunday, as the 9-4 Tennessee Titans looked to maintain their track as the No. 1 seed in the AFC.

No one was giving the Steelers a chance in this game, following a brutal blow on Thursday Night Football by the Minnesota Vikings, and similar collapses in previous weeks, where even wins (such as one over the Chicago Bears) put their legitimacy in question.

Despite early woes, however, the Steelers defense started creating turnovers that kept things more manageable and put points on the scoreboard in their teams’ favor.

A lot of that was due to the return of key contributors, such as CB Joe Haden, and also having T.J. Watt for a full game: which would be parlayed into the linebacker setting a new single season franchise sack record. Watt, who was awarded 1.5 sacks in the game, broke former record holder James Harrison‘s record, moving to 17.5 for the season with three more games to go.

The game was far from a high-scoring affair. As mentioned, the Steelers offense once again struggled in the early going, punting on their first four possessions.

The self implosion was still there, as the Titans scored ten points on two of their first three drives, gaining a 10-0 advantage. The first Tennessee score, a Ryan Tannehill one-yard touchdown run, was aided by a 55-yard punt return and the inability of the defense to get off of the field in a 3rd-and-8 situation.

Early in the second quarter, Joe Schobert and Arthur Maulet would force the first of four Titans turnovers. The fumble would be recovered by Minkah Fitzpatrick, but a stagnant Steelers offense led to everyone being grateful that Chris Boswell could nail short field goals: a 36-yarder edged the score to 10-3 Titans.

Titans kicker Randy Bullock would answer with a conversion of his own, from 32 yards, as a whopping 19-play Tennessee drive chewed over ten minutes of game clock in the second quarter.

The Steelers got into position to give Boswell a crack from 56 yards out, but his try would be unsuccessful as Pittsburgh headed into halftime down 13-3.

Neither team did much offensively through the early third quarter. Midway in, the Steelers put together a scoring drive which saw an uncharacteristic attempt: Ben Roethlisberger got under center and tried a quarterback sneak from a yard out.

His attempt was unsuccessful… so he tried again!

This was almost unheard of during offensive coordinator Todd Haley’s tenure, so seeing Ben sneak it was quite the surprise.

This time Big Ben crossed the goal line, which was maybe the leadership and momentum shift the Steelers needed. The defense would force three consecutive Titans turnovers (two fumbles, one interception) as each of those drives culminated in Boswell field goals.

The score stood at 19-13 as Tennessee trailed with 4:29 remaining in the game and two of their timeouts. The opponents would give the Heinz Field faithful a nail-biting finish, converting a fourth down with the chain gang giving an official measurement for a first down, before another nonsensical call added to the legend of Joe Haden’s bad luck.

On fourth-and-seven from the Steelers’ 16-yard line, the Titans were looking for a touchdown that would eliminate the six-point lead the Steelers held with just 46 seconds remaining in regulation time. They didn’t have to get more than seven yards, though, for a new set of downs and to really put the Steelers’ back to the wall, with one timeout still in their back pocket.

The officials gave the Titans a very generous “spot” that created some emotion from both teams. The Steelers were certain Haden had made the game-winning stop to force a turnover on downs, while the Titans sideline asserted the officials shouldn’t reverse what appeared, to some, to be a first down.

Despite analysis, Haden’s play did indeed result in a tackle short of the “line to gain”, creating a turnover on downs and an opportunity for Ben Roethlisberger to get the Steelers offense into victory formation for the win.

Haden logged just two tackles in the game but the second one was a game-best play and only added to the hype he’d earned when he had an earlier fumble recovery.

The Steelers would somehow defeat the AFC’s top team at home and with a defensive effort to boot. This kept them in the playoff race as the Green Bay Packers held the Baltimore Ravens off 31-30 and the Las Vegas Raiders beat the Cleveland Browns 16-14.

Next up on the Steelers schedule would be a post-Christmas date at the Kansas City Chiefs, with games against the Ravens and Browns still on deck… and needing to win at least two of the next three of those contests to have a shot at the playoffs.