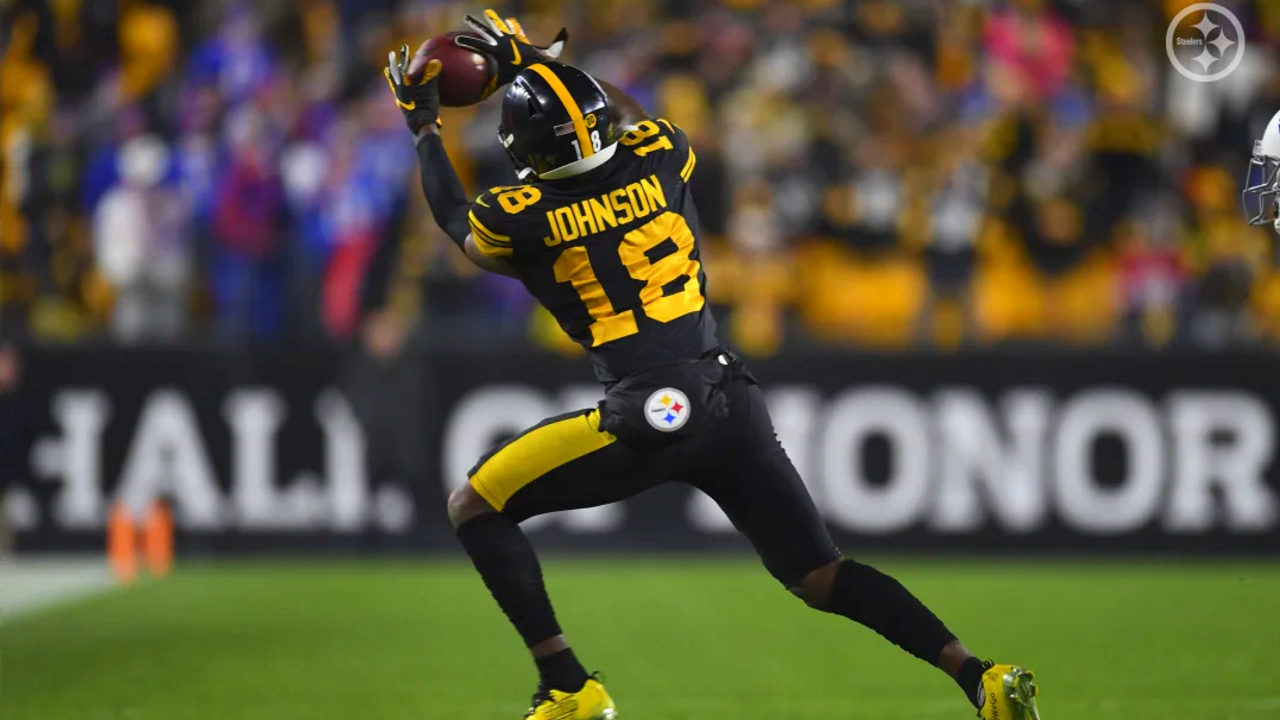 Roll back that negative narrative about Diontae Johnson

As training camp went through its first week for the Pittsburgh Steelers, the top narrative continued to be the “hold-in” by wide receiver Diontae Johnson and most of it was highly critical and negative. Although Johnson showed up on time, has been present and doing workouts on the side, some drills, and was pleasant in conversations about wanting to remain a part of the team – something head coach Mike Tomlin praised – fans and many media outlets continue to be solely focused on ideas surrounding Johnson not being worth pursuing in a contract extension because he was guilty of “dropped passes”.

After careful analysis of statistical data – the numbers that don’t lie – it appears it’s time to roll back that negative narrative. Here’s why.

To begin, the set of data that was initially analyzed in regard to Johnson’s career was the fact that, except for the 2019 season when Ben Roethlisberger was injured and both Mason Rudolph and Devlin Hodges were the Steelers’ quarterbacks, it was “Big Ben” throwing to Johnson and his receiving companions in Pittsburgh.

For receivers, the criteria that was used to determine their “drop rate” was “catch percentage” because, (a) it doesn’t factor in QB stats, (b) QB throwing the pass, (c) strength of opposing defense, (d) pass defender at the time of play, or (e) a myriad of factors like offensive line stats, blocking ability, personnel, etc. It was solely based on whether the receiver caught the ball when it was thrown to them.

Taking that into account, here are the top 8 receivers in catch percentage (not including tight ends or running backs) for the Steelers, including Johnson, between 2004-2021. These are regular-season statistics only.

The narrative is skewed in regard to Johnson, which begs the question as to how much Roethlisberger, Rudolph, Hodges, and other quarterbacks factors into non-catches, or “drops”. As you can see, Johnson had the fourth-best catch percentage during that time period of the eight receivers mentioned.

League-leading receivers by year between 2004-21

As a comparison against receivers that were at the top of the NFL’s receiving yards stat sheet during the time period between 2004 and 2021, here are their catch percentages with the team they played for. These are regular season stats, only, by year.

Johnson had better catch percentages than several of the league leaders if you compare the year they led the NFL and just one of Johnson’s seasons in his three-year career; you could choose any of the three individually and still find he was better than a particular league-leader.

For example: In 2017, Antonio Brown (62.0) had a poorer catch percentage than any single season of Johnson’s. Both were receiving the ball primarily from Roethlisberger.

Yet, when asked, this was how several people responded to the following poll on Twitter:

Which #Steelers receiver would you say had the most dropped passes (worst catch %) during Roethlisberger's career, of those mentioned? #SteelersNation #NFL #HereWeGo

To put things into further perspective as to whether Johnson deserves more recognition and a contract extension, I’ll compare his catch percentage to some of the top-paid receivers in the NFL and recent big contract earners in their last three seasons (percentage numbers are rounded up).

Johnson and A.J. Brown actually have the exact same catch percentage in the same amount of time in the NFL. Reason might dictate that Johnson deserves at least a $24 M contract for 2022 as a result. Brown reportedly received a four-year, 100-million dollar deal to play with the Eagles.

Whether or not the Steelers believe they can invest that much money and time in Johnson remains to be seen. The narrative that Johnson is a drop hazard and should be sent packing, however, is based on skewed information; perhaps his statistics don’t translate well on the field to viewers’ eyes.

As for receiving yards (total regular season), Johnson led the team in each of the last three seasons with 1,161 yards, 923 yards, and 680 yards respectively.

Those are statistics the Steelers surely aren’t unaware of. The numbers should certainly roll back the negative narrative surrounding Johnson.

Note: All statistics via Pro Football Reference and Stat Heads.