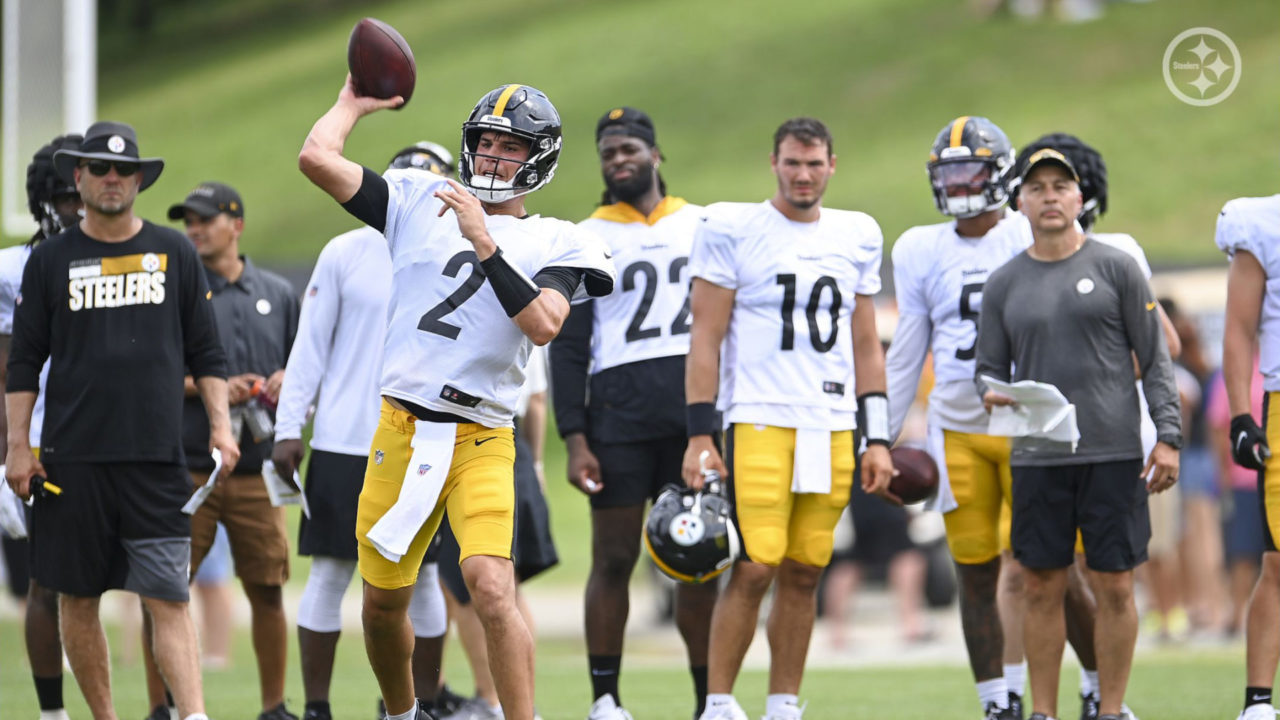 The first NFL preseason game between the Pittsburgh Steelers and Seattle Seahawks is nearly here. On Saturday night, the Steelers will host their first game at Acrisure Stadium and there are a few notes from training camp that seem to predict what fans could see from both teams. We’ll focus on the things we forecast will play out.

Both Pittsburgh and Seattle lost Hall of Fame candidate quarterbacks during the off-season: Ben Roethlisberger and Russell Wilson. That means both teams will be trying to determine their official new “starter”.

Steelers head coach Mike Tomlin has left the competition wide open for Mitchell Trubisky, Mason Rudolph, and rookie Kenny Pickett. All three quarterbacks have been challenged by the parameters Tomlin has set in camp drills. We wouldn’t rule out all three players getting in-game snaps on Saturday.

Multiple sources have identified poor camp outings from Seattle’s quarterbacks. Geno Smith is expected to get the start on Saturday, but Drew Lock has reportedly handled adjustments better. There’s little doubt both will get time on the field in the first preseason game.

This may seem overly generous considering it’s prognosticating a preseason game, but the Steelers defense has been tenacious at camp. They haven’t  been opposed to being disruptive against their own teammates, so it’s unlikely they’ll hold back against a real opponent.

With reports that Seattle is trying to get their offensive line to play more consistently, regardless of who the signal caller is behind them, expect Pittsburgh to pressure with different packages.

Batted balls up front and battles in the defensive backfield at camp have also shown the Steelers have intentions to create turnovers. Expect Seattle to make at least one mental error that results in a turnover ending up in the Steelers defense’s possession.

George Pickens and Calvin Austin III are both slotted to get their first in-game reps on Saturday. That’s not surprising.

What will be, though, is that we predict both rookie receivers will have at least one memorable catch in this preseason game that will impress to the point that they immediately endear themselves to fans and live up to the hype.

Since joining the Steelers, Gunner Olszewski has looked sharp in training camp this summer. The Steelers have tested a few players at returner and Olszewski has exceeded the expectations of many fans.

He has also battled during the reps he’s received as a receiver, but we predict he’ll shine on Saturday and stand out the most as the special teams player of the game.

Saturday will be a baptism by fire for Mike Tomlin’s squad. He’ll ask his coaching staff to push players to perform as the rotations begin to bring the cream to the top. There’s nothing better than facing a true NFL opponent to evaluate who can withstand the heat and refine their technique under pressure.

Yes, there’s still plenty of practice time ahead before the Steelers finalize their 53-man roster, but Saturday night’s game should illustrate areas the Steelers still need to focus on ahead of the regular season.

Predicted winner: Steelers come out on top in a low-scoring exhibition with the Seahawks