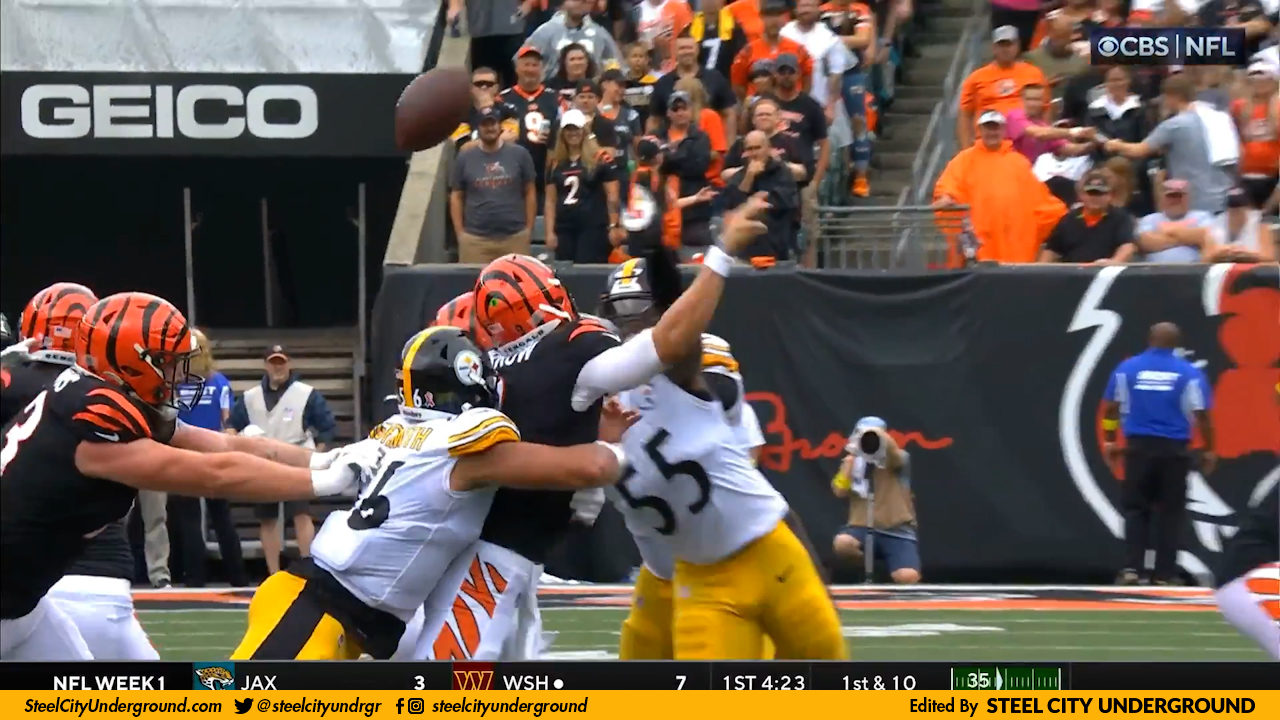 On opening weekend, in Cincinnati, the Pittsburgh Steelers entered Paycor Stadium to make a statement against a Bengals team that had swept the series between the two AFC North rivals during the 2021 NFL regular season.

Alex Highsmith, the edge rusher who often plays in the shadow of teammate T.J. Watt, turned up the volume and made some real noise in Sunday’s game.

With 5:47 left in the first quarter, the Bengals offense lined up on a first-hand ten at their own 35-yard line only to be called for a false start to open the series. After two quick five-yard runs by Joe Mixon, Bengals quarterback Joe Burrow was intercepted by Cameron Sutton; the play was overturned when Sutton was called for pass interference, however.

The Bengals earning a new set of downs thanks to the flag seemed to just give extra motivation to the Steelers to create a big defensive play. Highsmith was able to strong-arm the blindside tackle and get to Burrow quickly, stripping the ball as the Bengals quarterback began his throwing motion. The ball popped loose, Burrow’s arm not yet moving forward. Cameron Heyward was able to grab the ball for what initially was called an interception and later ruled a fumble recovery.

Although Heyward was unable to advance the ball, the Steelers defense created yet another takeaway in a game that saw them feast on Burrow.

Highsmith finished the game as the top sack-earner for Pittsburgh with 3.0.

The Steelers defense ultimately gave the team the opportunities needed to win, 32-30, in overtime and get revenge in Week 1 of the 2022-23 NFL regular season.