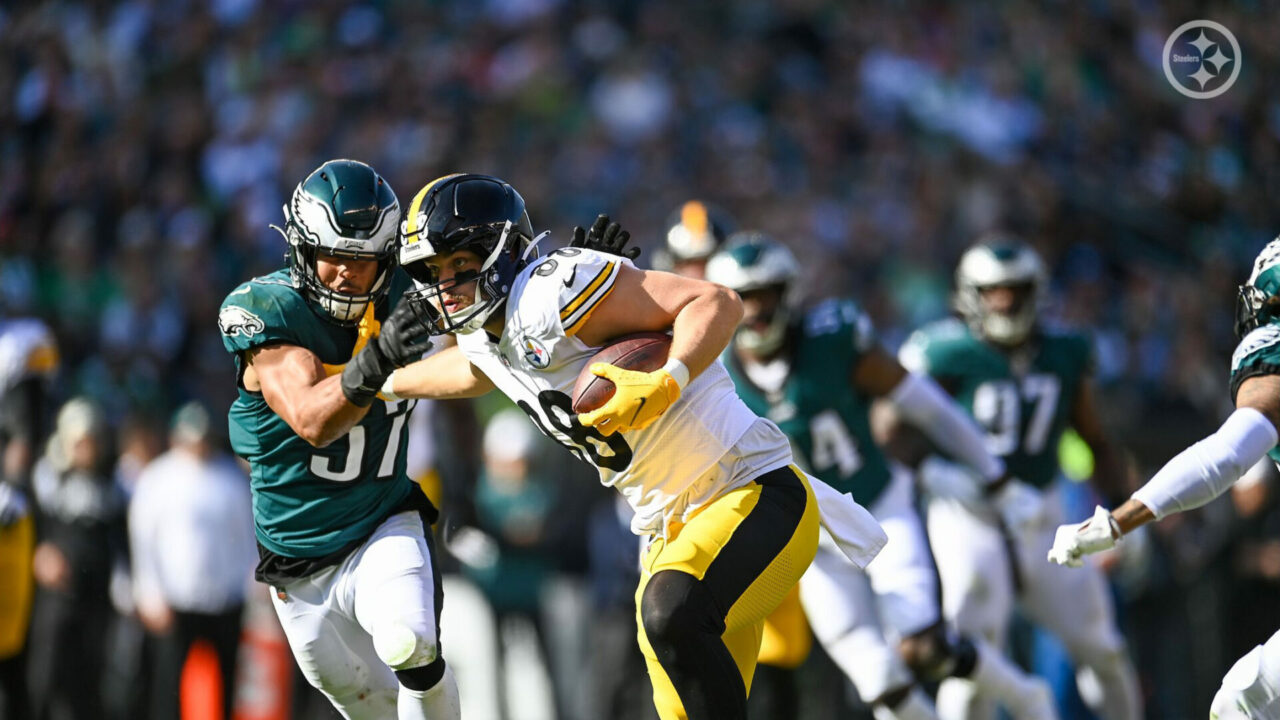 The 5: Steelers to watch for versus the New Orleans Saints

The Pittsburgh Steelers exit their bye week to host the New Orleans Saints at Acrisure Stadium in Week 10 of the 2022 NFL regular season. Anticipation is high as returning players and trades the Steelers made could majorly influence the remainder of the season, beginning this Sunday in front of their home crowd.

Coming off a victory against NFC South’s Tampa Bay Buccaneers in Week 6, the Tomlin-led Steelers recorded losses against the Miami Dolphins and Philadelphia Eagles in Weeks 7 and 8, respectively. There’s no doubt they will need more wins on their scoreboard before the end of the regular season to secure a playoff spot.

This week, we look at Steelers players fans should be watching throughout this mid-season game.

There is some excitement swirling amongst Steelers Nation that the Pittsburgh defensive secondary looks better heading into the second half of the season. While Ahkello Witherspoon saw time on-field against the Philadelphia Eagles, Damontae Kazee looks to return as well.

Witherspoon, who was hampered by a hamstring injury, has been rehabilitating and working toward the level of participation and performance he showed in the preseason. In the short season he’s played so far, the cornerback has 14 solo tackles (three assisted) and an interception on the books.

Kazee fractured his wrist during the preseason that required surgery and rehabilitation. The Steelers were forced to place the safety on injured/reserved and then require a three-game suspension be carried out due to a violation of the NFL’s substance abuse policy. With Kazee ready to get back in action, the defensive backfield may be its healthiest and most productive at just the right time.

The Steelers also acquired cornerback William Jackson III from the Washington Commanders in a trade deal that sent Chase Claypool to the Chicago Bears. Jackson is a veteran corner who was a first-round pick in 2016, selected by the Cincinnati Bengals. Jackson has been dealing with a back issue but head coach Mike Tomlin said that it was “insignificant” to the teams’ decision to acquire him. Jackson was not as active in Washington due to desire to trade him, not because of serious health concerns per the Steelers.

“(Will) was a guy we had a lot of interest in [before the 2016 NFL Draft]. We like his skillet, he’s good on the line of scrimmage, he’s got really top end speed… we’re excited about his inclusion…” – Mike Tomlin on Jackson

At 6-feet even and 189 pounds, Jackson is a proven physical corner who works exceptionally well in press-man coverage. With the Commanders, he was asked to play a majority of snaps in zone coverage. For a corner that ran a 4.37-second 40-yard dash, it meant that he wasn’t in an ideal scheme and coach Teryl Austin, who spent time with Jackson in Cincy, recognized it. Austin would love to see Jackson return to form where he was allowing opposing quarterbacks to complete just 41.9 percent of passes when he was in man-coverage.

If the Steelers backfield can rebuild the chemistry they had early in the season, Pittsburgh could be back in business for a run at more than just a winning regular season. Despite the team being at +30,000 in the latest PA online sports betting odds for most regular season wins, a highly competitive backfield could turn the Steelers around in a big way.

There’s a chance that not all three of the above-mentioned player will see time on the field this weekend, but they’ll be among a defensive backfield group worth watching throughout the remainder of the season.

There is little doubt that the biggest benefactor of the Claypool trade is Freiermuth at tight end. Freiermuth has improved steadily and has more upside as far as frame size, blocking ability, and catch radius than Claypool, leading Joe Kuzma to say this week,

“It’s pretty easy to see that Freiermuth has been a weapon regardless of who has been under center in Pittsburgh. As a rookie, Freiermuth caught seven touchdown passes from Ben Roethlisberger, while catching 60 passes in 16 games. With Mitchell Trubisky and Kenny Pickett under center, Freiermuth’s production has continued to steadily improve. While his scoring numbers are down, his average yards-per-reception is up three yards from where it was a year ago.”

With the Steelers admitting they scouted their own offense during the bye week, there’s reason for optimism that the playbook will utilize the top tools in the toolbox.

“When you go through a trade circumstance like we did with Chase (Claypool), that creates a real avenue to have some of those discussions when it comes to distributing playmaking opportunities, who works what area of the field, etc. I feel really good about the work we were able to get done in that component.” – Mike Tomlin

Freiermuth could have his biggest game of the 2022 NFL regular season against the New Orleans Saints.

Fans have been waiting, and waiting, and groaning, and grinding their teeth since the reigning NFL DPOY was forced to the sidelines due to a pectoral injury. They nearly had one giant group panic attack when news released that Watt had taken time during his rehab to also have his knee scoped.

Patience has not been in high supply for Steelers Nation this year, even though there has been a high demand.

The good news is that the wait for Watt may be over in Week 10. Tomlin reiterated that Watt’s availability would be determined by the amount of participation the outside linebacker was able to put in.

“We have some guys that are coming back from injury, but I think everybody is raring to go because we’ve gotta get going.” – Cameron Heyward

Watt was not on this week’s injury report and we like to stand with Cam in hearing guys are coming back. Read into it what you will… but get ready.