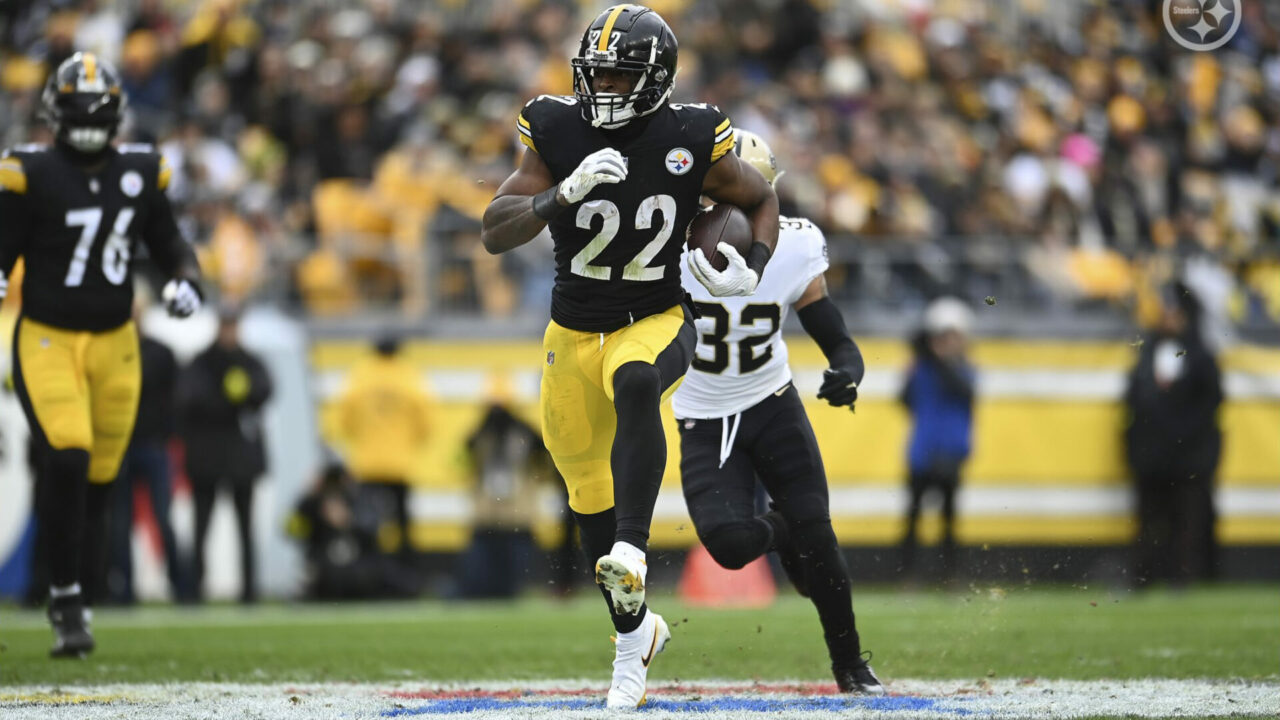 The Pittsburgh Steelers had their bye week during Week 9 of the 2022 NFL regular season and the team was relatively open about their level of displeasure at early season results, insisting they’d spent the week to scout themselves, be accountable, and make necessary adjustments in order to play better. On Sunday, against the New Orleans Saints at Acrisure Stadium, the Steelers were improved in several areas as things clicked at the right time to grab a 20-10 win.

Pickett fearless and fired up as offense finds new life

Kenny Pickett came out fast and he continued to keep the offense motivated despite his rookie QB status. While he didn’t have a flawless day – he took six sacks, in part due to a breakdown in offensive line play – Pickett handled the hits, shook off a limp and was fired up as the offense performed at a higher level.

Pickens completed 18-of-30 passes to a stingy Saints defense that has had a chip on its own shoulders. Throwing for 199 yards, Pickens spread the ball around to nine different targets. He also took advantage of the Saints’ coverage to scramble for 51 yards on right carries and a rushing touchdown.

With a balanced offensive attack, the run game – featuring Najee Harris (20 carries for 99 yards) and Jaylen Warren (nine carries for 37 yards) – found new life and did what it was meant to do: keep the Saints from simply stacking the box. Harris and Warren both helped in the passing game, as well, opening up bigger opportunities downfield for Pickett to target.

Although George Pickens didn’t lead in receptions during this game, he did grab a touchdown from a designed play that allowed him to run the ball through the middle of a crowd for a rushing touchdown. He caught 3-of-4 passes intended for him for 32 yards.

Overall, the offense appeared to have found another level. There are still things that could be better. They were able to outpace the Saints, however, and possess the ball for better game management and points on the scoreboard, earning a bit of respect back in front of their home crowd.

The ‘D’ is back in Pittsburgh’s defense

What were the Steelers missing on defense in the past few weeks beyond injured personnel and determination? Dominance.

Yes, the highly-anticipated return of T.J. Watt helped elevate fans’ energy level. The play across the board by Pittsburgh’s defense, however, kept the Saints offense from putting any points on the scoreboard during the entire second half of the game; it’s the second time they’ve shut out an opponent in the last two quarters this season.

“We did that down in Miami, as well. It shows the work we put in during the bye week. You can see guys buying into what the coaches are teaching.” – Levi Wallace

The mix of pressures up front allowed Watt and Alex Highsmith to both earn a quarterback hit apiece, but it was Highsmith that earned two sacks and a tackle for a loss in the game. Cameron Heyward and Larry Ogunjobi played a major part in bottling up Alvin Kamara and Taysom Hill, forcing Andy Dalton to feel less than comfortable in the pocket as he tried to turn to the passing game.

The fact that Minkah Fitzpatrick was out of the game due to an appendix issue didn’t seem to deter the Steelers’ corners and safeties, though. Damontae Kazee, who was just activated this week, stepped in with Levi Wallace to add some extra moxy in the defensive backfield, the duo earning one interception individually as they worked in tandem.

The Steelers defense asserted their dominance, won the turnover battle, and got the offense back on the field. They did it with solid play from every member on the field doing his part and executing well.

“T.J. and Kazee, they both play with great energy… The more guys we can add to the party, the more we’re going to be successful moving forward.” -Cameron Heyward

The Steelers will need to work with kicker Matthew Wright, who missed two field goals in the game. Fans who booed Chris Boswell may want to rethink how valuable it really is to have an experienced guy handling the kicking duties. Coach Tomlin mentioned they’d be working with the kicking team this coming week in practice.

Tomlin has now coached more games for the Steelers than Bill Cowher, moving closer to Chuck Noll in that respect.

Finally, thank the heavens for the pigeons! It may have been a few moments many people would detest, having a huge flock of  birds dirtying up the turf and oblivious to the game underway. Ultimately, nature ran its course… straight to a Steelers victory.