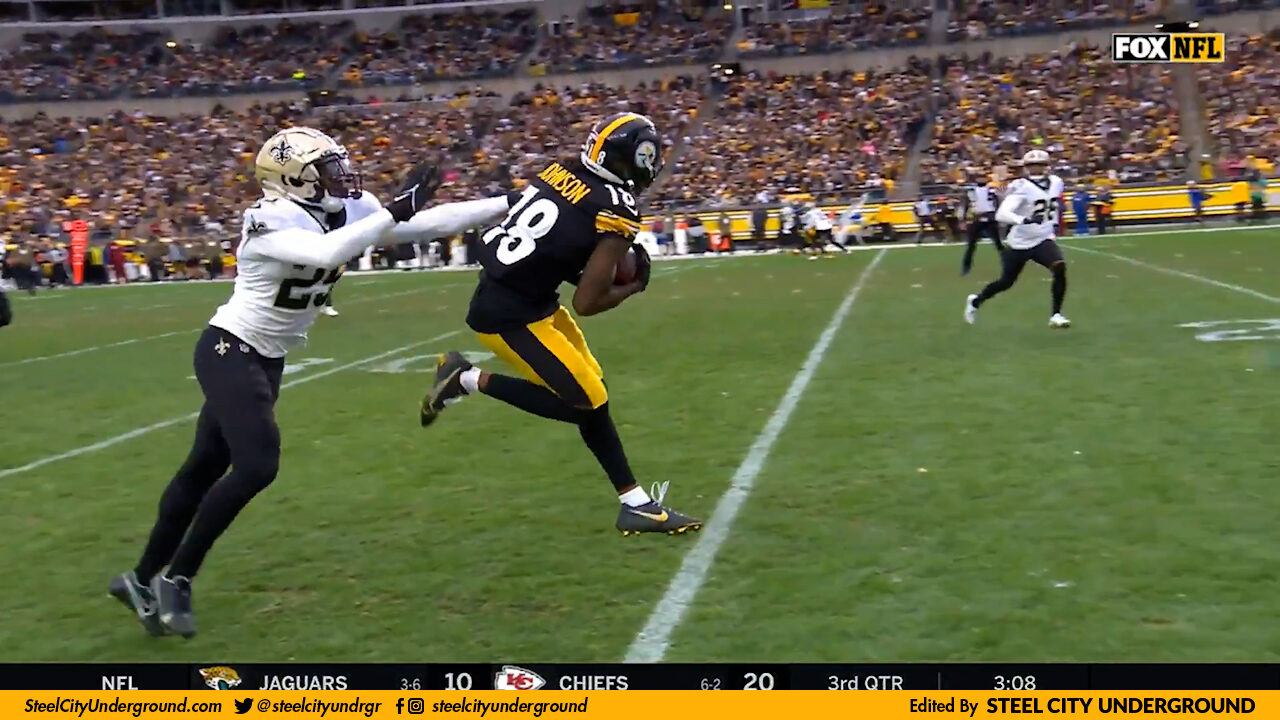 The Pittsburgh Steelers offense wasn’t perfect in Week 10 of the 2022 NFL regular season against the New Orleans Saints, but they showed promising signs of corrections made and improved execution in their 20-10 home win.

Rookie quarterback Kenny Pickett and veteran receiver Diontae Johnson haven’t always been on the same page this season. Both expressed in interviews recently that they needed to remedy that by working together more in practice in order to build chemistry.

On Sunday, the duo connected on the longest completed pass play of the season for the Steelers.

Johnson was in battles with Saints defenders on nearly every play, with plenty of hand-fighting that had the Steelers receiver frustrated. The Saints drew several penalties in the game for pass interference.

With just over five minutes left in the third quarter, the Steelers offense took over after an Andy Dalton fumble led to a Saints punt. Pittsburgh marched 83 yards down the field. The biggest play was on 1st-and-10 from their own 44-yard line.

Lined up on the right side, Johnson was one-on-one with Paulson Adebo when Pickett saw his target get separation.

Pickett held the safety with his eyes, then uncorked a dime of a pass where Johnson could secure it for a 36-yard gain and first down at the New Orleans 20-yard line.

Although the Steelers were only able to walk away from the series with three points from a Matthew Wright field goal, the play illustrated a new level of confidence between Pickett and Johnson who connected four times for 63 yards in the game and earned Johnson the top-receiver spot for the Steelers in the game.