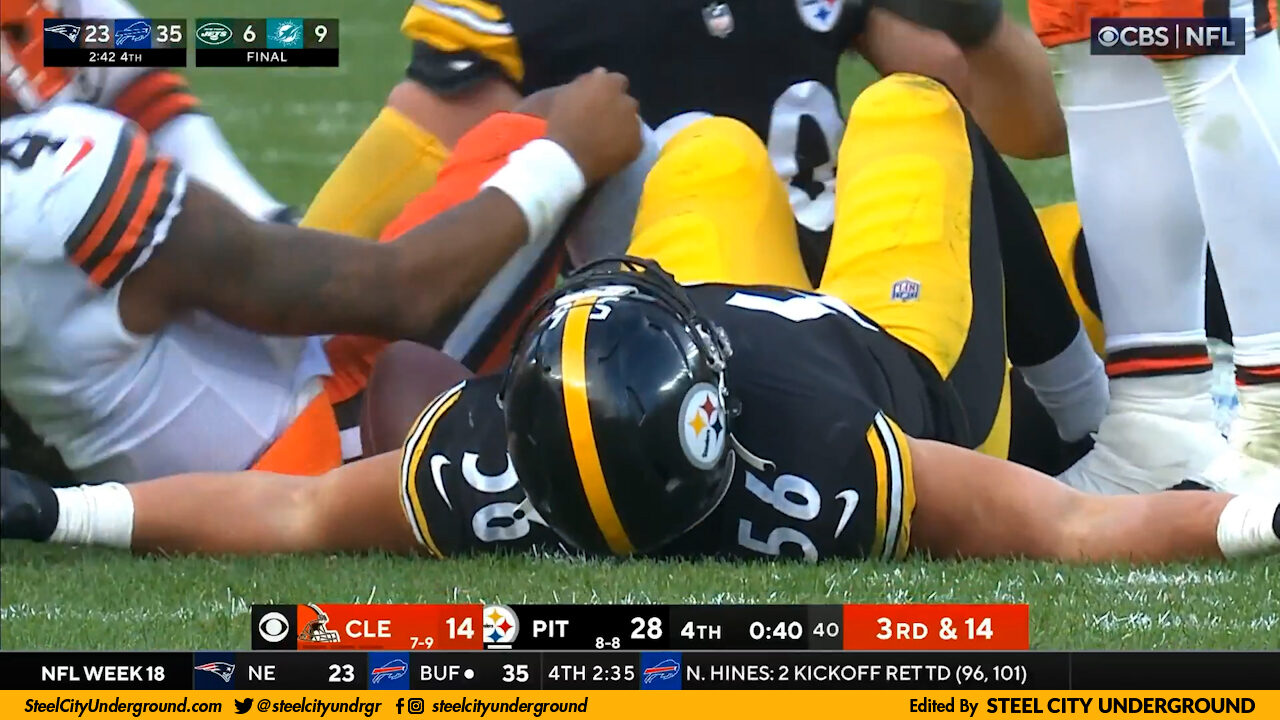 Watch: Alex Highsmith nets sack number 14 (and a half) on the season

In the final 2022 NFL regular season game (week 18), the Pittsburgh Steelers ended on a high note with a January win over their AFC North rivals in the Cleveland Browns. After an up-and-down season, the Steelers had a shot at the playoffs if they won their game and got help from two other teams (Miami Dolphins, Buffalo Bills).

Although they didn’t get into the postseason, Pittsburgh took care of its business by handing Cleveland a loss, 28-14. On defense, one player set a personal best record for the Steelers: Alex Highsmith.

In the fourth quarter, on the last drive of the game, the Browns were moving the ball in a desperate attempt to put more points on the scoreboard. But, on the third play of that drive, Highsmith put Deshaun Watson on the turf by allowing the tight end to pass as he bulldozed the left tackle.

Also converging on Watson, Cameron Heyward and T.J. Watt got into the offensive backfield to assist Highsmith in the sack. Hayward would get credit with Highsmith at 0.5 sacks apiece on the play.

During the game, the Steelers grabbed seven total sacks on Watson. Highsmith led the team with 2.5 on the day.

Pittsburgh’s defense finished the regular  season with 40 total sacks. Highsmith, who earned 14.5, led all defenders on the roster and improved in his third season from 2.0 (2020) and 6.0 (2021) by a large margin, setting a career best.