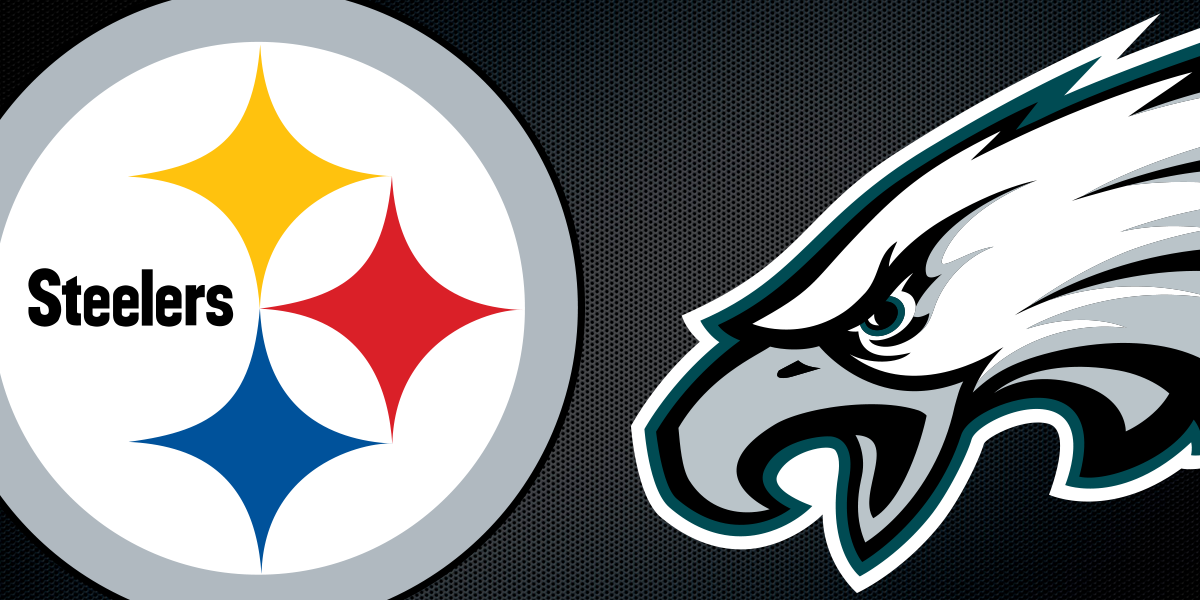 Previewing the “Battle of PA” against the Philadelphia Eagles

Two 2-0 teams battle it out this weekend.

Is it the “Steel Curtain” vs. “Gang Green” this Sunday?

No, not really, but entering Sunday’s contest in Philadelphia, there are indications that there are two solid defenses, and two good offenses taking the field.

The Eagles come in boasting the following defensive statistics for this fledgling season:

The Eagles have a rookie quarterback in Carson Wentz, who has been drawing comparisons all week to Big Ben, because of his fast start during his rookie campaign. He’s done a solid job, going 22-of-37 for 278 yards against Cleveland (QB Rating of 101), and then 21 of 34 for 190 against Chicago (86.6 QB Rating).  That’s a better start than Ben had in his first two games (A loss in Baltimore where he came in as a backup and a win in Miami). There is something to be said about the quality of opponent though.

It’s fair to say that Wentz and the Eagles haven’t faced an offense or a defense as good as the Steelers so far this season. Here is how the Steelers stack up in the rankings so far:

It stacks up pretty evenly in some ways, but the difference is that the Steelers started the season against two teams that made the playoffs last year, whereas the Eagles started against one pretty bad team (Chicago) and Cleveland.

On first glance, it would seem that things should favor the men in Black and Gold.

On second and third glance it appears that way as well.

There are a few things that we should watch for though.

When I put together my preview of the schedule by quarters for this season, I said that the Steelers don’t have a lot of luck when playing in Philadelphia.

At least not historically.

We last won in Philadelphia in 1965. Do the math – that means we are 0 for the last 51 years. It’s been over half a century since Pittsburgh won a game in Philly! (This actually translates to 0-8, since we don’t play there that often).

In fact, the last time we played in Philly was in 2008, a game in which Ben was sacked 8 times, and Byron Leftwich once.

Historically we are 9-26-2 in Philadelphia. We just don’t win there very often.

So there is some history working against the Black and Gold.

This, in my opinion, is the key battle of the game.

The Eagles defense is an attacking defense. I believe it’s called the 9-wide, and the d-line is all about pressure – play the run on the way to the quarterback.

In two weeks, the Eagles have knocked out both RGIII and Jay Cutler. (I know Cutler really hurt himself, but it’s two QB’s going down in 2 games against the Eagles).

The Eagles have Brandon Graham, Fletcher Cox, Bennie Logan and Conner Barwin as their front four, and these guys can be a handful, especially Cox and Barwin. Their Defensive Line as a whole already has 5 sacks for the season, with Graham having two sacks and both Barwin and Cox with one.

Clearly keeping these guys off Ben is going to be key. (I mean, it’s always key, but this week especially).

This is probably a group that is similar to the Bengals in quality, maybe better, so the O line needs to have a good game.  Start the group off with a good dose of run blocking to soften up the Eagles and put them on notice that we can and will run and that will help to open things up as well.

The Steelers have good receivers.

The same cannot be said about the Eagles secondary. Not to mention that one of the starters (Leodis McKelvin) doesn’t look like he’ll be playing. That means it’s Nolan Carroll, Jalen Mills and Ron Brooks.

The best weapon they have in the secondary is Malcom Jenkins at safety.

If the O line does it’s job well, and gives Ben time, this is a secondary I think Ben, AB, Eli, Jesse, Sammie and a returning Markus Wheaton (I hope – he fooled me last week!) can pick apart.

Why not say our secondary vs. their receivers?

Can our secondary fool the young QB and perhaps force him into throwing his first career interception?

I think that they can, and I think Ross Cockrell, who did such a great job last week against A.J. Green, and William Gay could be the ones to make it happen. I won’t be surprised if Golden or Davis manages to pick the ball off either. I am saying that Wentz throws not just his first pick on Sunday, but his second as well.

I think DeAngelo tops the century mark one more time before Le’Veon Bell returns against Kansas City: 125 yards and a touchdown.

I think we may need it too.

We will need the running game to open up the passing game, and to keep those attacking d-ends honest. I think that the screen game could be utilized here, and DeAngelo could have one of his best games with the team thus far.

I would have brought up the tight end, because the Eagles have a good one in Zach Ertz, but he’s hurt, and out for Sunday.

That means Brent Celek sees more playing time; he’s a good blocker, but not the pass threat he once was.

Trey Burton filled in as well, catching 5 for 49 yards and a touchdown against the Bears.

They have Darren Sproles, who may cause us issues in special teams, but shouldn’t be a factor in the offense unless we play undisciplined.

The bottom line is that the Eagles are a better team than most gave them credit for being, and Wentz appears to have been a steal and a solid quarterback. I’ll be watching to see if Deebo introduces himself.

There is a reason the Eagles are 2-0 and it’s not just that they played bad teams. They did what they had to do to win. The Steelers are the best team the Eagles will have played, but I don’t think that the Eagles are the best team the Steelers have played, and I think the curse of Ben Franklin or Willy Penn or whatever it is that has caused us to lose in Philly for 50 years is broken this week, and we go home 3 – 0 to face the Kansas City Chiefs on Sunday Night Football!