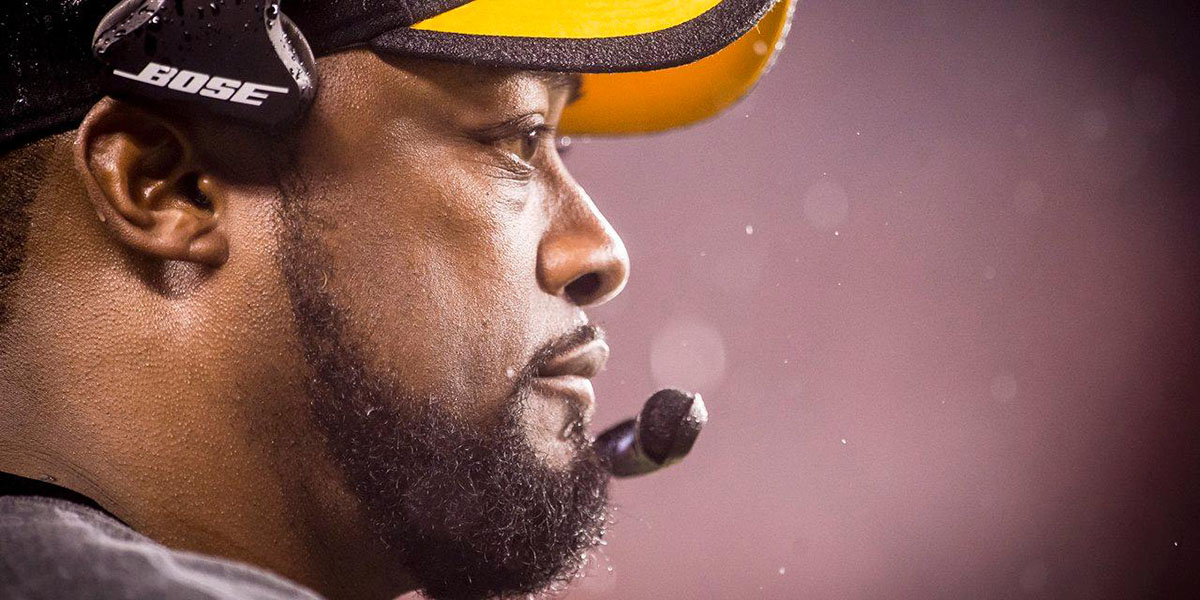 This Sunday the Steelers will compete in the “Battle for Pennsylvania” when they travel to Philadelphia to play the Eagles. Not only will the Steelers face the Eagles, they’ll also be facing a new face behind center: rookie QB Carson Wentz.

Unlike most rookie quarterbacks, Wentz’ story is unique from the start. Playing his college ball at FCS (the former I-AA) North Dakota State University, many wrote off this small college prospect as having the goods to deliver in the NFL. However, the Philadelphia Eagles had enough confidence in the NDSU star, that they trade three of their top 100 picks in the 2016 draft, a first round draft pick in 2017, and a second roudn pick in 2018, in order to move into the 2nd overall spot to take him.

The move was intriguing, not only for what it cost the Eagles in future draft selections, but because the team had already extended current QB Sam Bradford to a new deal, as well as poaching free agent Chase Daniel from the Chiefs during the offseason.

It appeared that the Eagles were set at the quarterback position, but they moved up to get Wentz.

Then traded Bradford, and announced Carson as the starter.

Thus far, that move has paid dividends, with the Eagles starting this season 2-0.

Wentz’ last game was a solid performance against the Bears on Monday Night Football. He passed for 190 yards, completed 21 of his 34 pass attempts, threw one touchdown, and no interceptions. These numbers aren’t eye popping, but they’re solid for a rookie QB, on a primetime stage (and on the road at Soldier Field, no less.)

I’m sure the optimism from Eagles fans everywhere is over-flowing for their first-round, rookie QB, and rightfully so. If history is any guide, however, history will not be so kind to the Eagles and their rookie QB.

The only loss on the list is an 8 turnover disaster against Cleveland, with Charlie Batch at QB; which, it seems almost impossible for the Browns to get one turnover against anybody, let alone eight.

It was difficult to admit that our beloved defense was, truly, “old and slow.” The amazing play that we saw out of Troy Polamalu, Ryan Clark, Brett Kiesel, Casey Hampton, and Ike Taylor was gone. The identity of our defense was non-existent.

During this two year stretch, the Steelers couldn’t tackle an elephant in a closet. It was like having open heart surgery, week after week, without having anything to put you to sleep.

Yet, since 2011, only one rookie quarterback has had any “success” against the Steelers, and he’s now part of the team: Zach Mettenberger.

Despite Brandon Weeden’s victory in that ugly 8 turnover game in Cleveland, no other QB other than Zach was able to put up more than 250 yards (Geno Smith is the only other to pass for over 200, with 201.) Mettenberger and Andy Dalton were the only 2 rookies to escape without getting sacked in a game, and the majority of newcomers were unable to complete many passes, or throw for many touchdowns. In fact, Mettenberger was the only rookie quarterback to have a triple digit QB rating (110.2). (Weeden’s 78.7 rating is the 2nd best on this list.)

The Steelers have also had a knack for getting after young quarterbacks, registering 3 or more sacks on new signal callers in 5 of those 9 games, and at least 1 sack in 7-of-9.

The only concern is that Mettenberger was the last rookie the Steelers faced, meaning they didn’t do well against a rookie QB the previous time they had faced one. With no body of work to draw upon since November 14th, 2014, we could only hope that in the nearly two years since the Steelers faced a newcomer under center, that our beloved Steelers defense has made big strides since.

Many believe they have.

Through the first two games this season, the defense has only allowed two touchdowns.

The Steelers also feature the league’s best redzone defense, allowing only 14% of drives within the 20 to end with a touchdown, through two games.

I said all of that to say this: our defense is miles ahead of where it was a few years ago. The Steelers have put in players that we all expect to have great success and lead the Steel City to its seventh Lombardi.

This article was a collaboration between Josh Fitzer and Joe Kuzma.