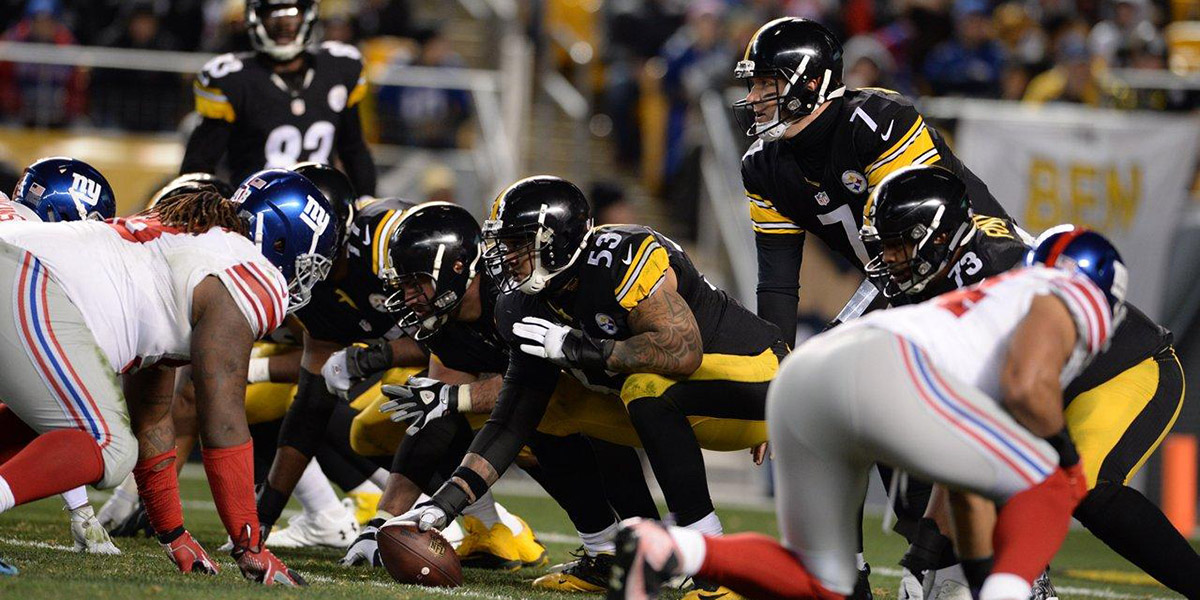 Yesterday’s game didn’t actually start out as a must-win (at least in my books) but by the end of the 1:00 games, which saw the Ravens obliterate the Dolphins and the Bengals crush the Eagles, it sure felt like a must-win game (at least to me!)

The boys in Black ‘n’ Gold came through, and stacked their third win, this time over a quality opponent.

(Say what you will, the Giants were 8-3 before coming to Pittsburgh, and had won 6 in a row.)

Yes, we were at home, which always bodes well for us, and yes the Giants have had their own struggles offensively, but it was still a pretty convincing win, and one that was not as close as the final 24-14 score (given that the Giants got a garbage time touchdown with seconds left on the clock).

So, there was some good here, and as usual, there was some bad, and a hint of ugly. So let’s get to it and take a look at the Good, Bad and the Ugly from Sunday’s Giants/Steelers game.

The Ferrari was out of the garage, and the engine was purring!

(No, I don’t know what the heck that means, but you know, Ben called him a Ferrari, so I just went with it.)

Green had 6 receptions (on 11 targets, but you know, they still gotta get their timing down) for 110 yards, and a TD. That led all Steelers receivers.

No, really. I mean it. Antonio Brown and Le’Veon Bell each had 7 targets (and 6 receptions). So that means the line for all three was…

My point is that this offense is starting to get… well… devilishly good.

You add a healthy Sammie Coates or DHB to the mix, and who are opponents gonna cover?

Oh it could be fun to watch over the next month or so!

This has been said multiple times, but I’m going to say it again. The defense has played really well the last 3 games, and while we can write 2 of them off to being 1) The Browns, and 2) The No-Luck Colts, this wasn’t that. These were the New York Football Giants, winners of 6 in a row, and with a two-time Super Bowl winning QB, and one of the hottest (supposedly) receivers in the league.

And if you throw away that garbage time TD – they gave up 7 points.

Shoot – it’s better than that. The Giants rushed for 56 yards.

The defense did their jobs and then some – it was a great overall team effort.

Still I’ve got to call out some of these guys individually (and while it may seem like it’s all of them, it’s not!)

Oh can we please stop saying Timmons isn’t as good as he once was.

Okay, I know he’s not as good as he was say 7 years ago, but you know what, he’s still pretty gosh darn good don’t you think?

The man can still play, and play at a high level.

The news of his demise seems to have been a tad premature. Great game (again) from LT.

I need an official nickname for Mike Mitchell. The Hitman? The Destroyer? The Layer of the Wood? (No, okay, just no).

Mitch may have been trying to do too much early in the season, being surrounded by so much youth. But you know what, as those rookies have started holding their own, Mike Mitchell has started to become an absolute force in the secondary.

And man, I thought hell had frozen over when the refs picked up that flag. That hit was perfectly legit, and Mitchell knew it, and so did the rest of us (including Troy Aikman), but you know nobody thought they were gonna pick it up! But they did!

Hey, I’ve been on them a lot (because mostly they suck) but they did get that right, and so I will give them credit for that.

It’s been fun watching these two young men get better and better. Sean Davis had his first pick (and maybe should have had two), and if the #$^&*%^*&@^ refs hadn’t made a stupid non-existent block in the back call (they stink!) then he’d have had a nice return on that INT as well.

His run support has been great, as has Artie’s, and they both are improving on a weekly basis.

On a defense with James Harrison, Lawrence Timmons and Ryan Shazier, guess who lead the team in tackles on Sunday?

That’s a lot of acronyms in one game!

Jumping from youth to, well, let’s say experience, yeah, because you know, Deebo might be able to find me and you know… yeah…

So you have the wily, experienced veteran in James Harrison still getting it done!

Deebo had a sack and 2 other tackles. Plus, did you see him just make Ereck Flowers look like a low hurdle on that one play? Eli had skid marks looking at Deebo running in on him!

C’mon, you know he needed some clean draws!

I’ve given the Special Teams some poop the last couple weeks, not really undeservedly, but still.

When we all heard that Chris “The Wizard of Boz” Boswell was going to possibly be out, you know visions of Josh Scobee were dancing through everyone’s heads.

And Randy Bullock came in and delivered 10 points: 3 field goals and an extra point.

Mr. Bullock, if that’s all the time you get, well we thank you for your service! You delivered in the clutch!

As much as Odell Beckham, Jr. was whining the the refs weren’t being fair, they still managed to find their little yellow hankies 12 times against the Steelers for 115 yards.

Some of those penalties were bogus (Yes, that block in the back was absurd, and so were a few others) but still, there were enough calls that were legit, and hurt the offense.

Which brings us to this – the offense still is a little inconsistent. This was a good Giants team, so I’m not going to get too picky here, but we sometimes seem flat, especially at the start of each half.

Is it all because the guys are still becoming acclimated? There are still a lot of moving parts, and a lot of young guys. I just know that Ben was rolling his eyes at a lot of the drops that happened on Sunday, and I also know that they need to be more focused and consistent if they want to get to the promised land.

Still, things are looking up. Ladarius Green looks like he’s progressing really well, and if Sammie can get those fingers right and get back some confidence, shoooot.

I really got nothing. I mean, there was some bad stuff, but ugly? I don’t know that anything in that game really made me go… you’ve got to be kidding me: except a couple of calls by the refs, but I’m trying to be nice this week.

They weren’t all bad.

Okay, that throw by Bell was awkward, but at least he didn’t force it. (It could’ve been much worse!)

It would be nice to end this season 11-5, and head into the playoffs on an upswing. This weekend we get an up and down Bills team who have weapons (Shady McCoy and you know, that other guy from Clemson, what’s his name?)

Hopefully we can stack our fourth win, and get ready for AFC North football to end the year!