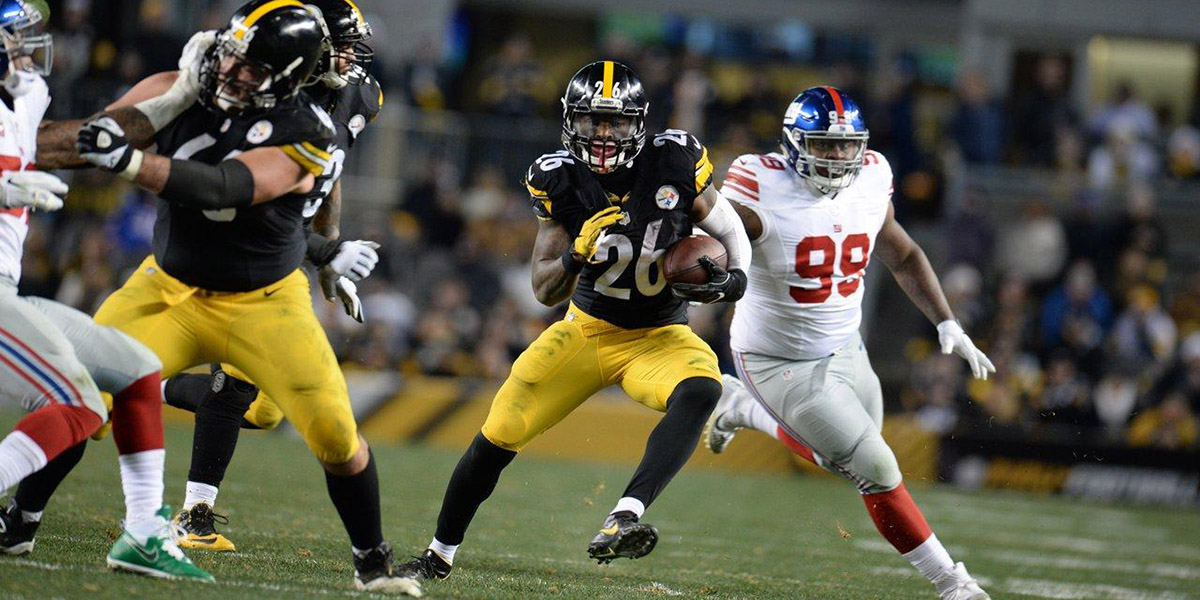 Stats that stood out: Steelers vs. Giants

by Eric Herrmann (SteelersGrind) on December 6, 2016

The Steelers continued their dominance of the Indianapolis Colts in front of a national Thanksgiving day audience.

Here are some of the eye-popping numbers that stood out in the game.

Le’Veon Bell was the first running back to reach 100 yards of rushing against the Giants all season.

Sunday’s win against the Giant’s was the 99th regualar season win of Mike Tomlin’s career. He currently holds an overall record of 99-57 (64%).

Ben Roethlisberger’s touchdown to Antonio Brown was the 49th touchdown between the two players; tying the current Steelers record held by Terry Bradshaw and Lynn Swann.

Steelers are the only team to have at least 30 home wins in the month of December since 2001.

Over the past 2 weeks, Ladarius Green has led the league in yards per reception with 22.1.

Antonio Brown currently has 13 touchdowns this year. He only needs 3 more to tie Willie Parker’s team record 16 touchdowns in a season from 2016.

The number of penalties by the Steelers on Sunday. These 12 penalties accounted for 115 yards against the team.

Artie Burns, Sean Davis, and Lawrence Timmons led the Steelers in tackles with 7 each.

Pro Football Focuses released their list of the top 10 players from Sunday. On that list included Maurkice Pouncey (#4) and James Harrison (#6)

2 yards was the difference between the Giants total offensive yards (234) and the combined yards of Brown and Bell (236).

Sunday was the first 100-yard game of Ladarius Green’s career. He ended the day with 6 catches for 110 yards and a touchdown, on a team-high 11 targets.

The number of snaps on defense by defensive backs Robert Golden and Justin Gilbert Sunday.

Tomlin appears to be content with his starting corners: Ross Cockrell and Artie Burns played every defensive snap.

One response to “Stats that stood out: Steelers vs. Giants”