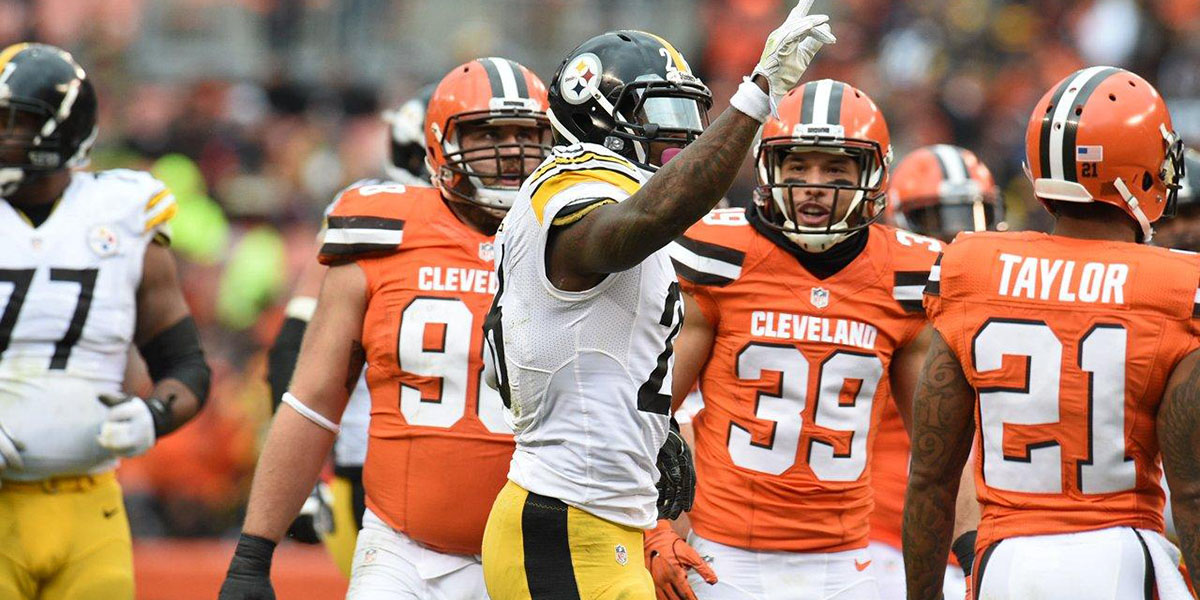 Parity: The state or condition of being equal.

That is the simplest definition of the word that we hear oh-so-often in regards to NFL football.

A couple of secondary definitions include: the state of being odd or even, and symmetry of behavior.

However, when talking sports in general, and specifically football, parity takes on a few new meanings. One being competitive balance, and broken down further, parity means Any Given Sunday.

On any Sunday, a bad team can beat a good team. No matter what the perception, the fact that this can take place gives all 32 teams the condition of being equal.

Parity is also used to describe the funny ways in which certain patterns come back around – symmetry of behavior. The strangest of occurrences could determine the fate of both the Pittsburgh Steelers and Buffalo Bills for the remainder of their 2016 seasons.

By Week 17 of the 2015 season, the Bills were eliminated from playoff contention. The Steelers on the other hand needed to win their game versus the Browns, on the road in Cleveland, then hope that Buffalo could oust the New York Jets.

Simply put, it was win and in for the Jets: Pittsburgh could only get in with a win and a New York loss.

On that afternoon, the Steelers handily took care of their business, beating the Browns.

But in Buffalo, the Bills were clinging to a slim lead with time winding down. The Jets had the ball, and one last chance at a drive to salvage their season.

It was all for not as a Buffalo interception sealed the win, and sent Pittsburgh to Cincinnati for Wildcard Weekend.

Fast-forward to 2016, where on Sunday the Steelers and Bills will meet in Buffalo, in a game that has far-reaching playoff implications for both teams.

A Bills win will keep them alive for a 5th or 6th seed, but they have no chance of winning the AFC East.

The Steelers could actually lose Sunday, bringing their record to 7-6, and still have a shot at winning the AFC North; because the Baltimore Ravens are also currently 7-5, and they have a date with Tom Brady and the New England Patriots Monday night.

Pittsburgh and Baltimore play for the second time this year on Christmas Day – a game which many believe will decide the division winner.

Buffalo doesn’t have the fortune of playing in a division that is underachieving on all levels. They can’t afford a loss and still have a shot to make the playoffs. A Steelers loss wouldn’t doom their season, but a win would give them a chance to claim sole possession of first place in their division with three games remaining.

Back to parity: it’s funny how the ball bounces sometimes.

In 2015, the Bills got the Steelers into the playoffs. They were even thanked for doing so!

Ironically in 2016, its the Steelers who could eliminate the Bills from the playoffs.

I doubt there will be any “thank yous” on either side this time: all is fair in love and war – and football is a war.

What team becomes a casualty of that war remains to be seen.