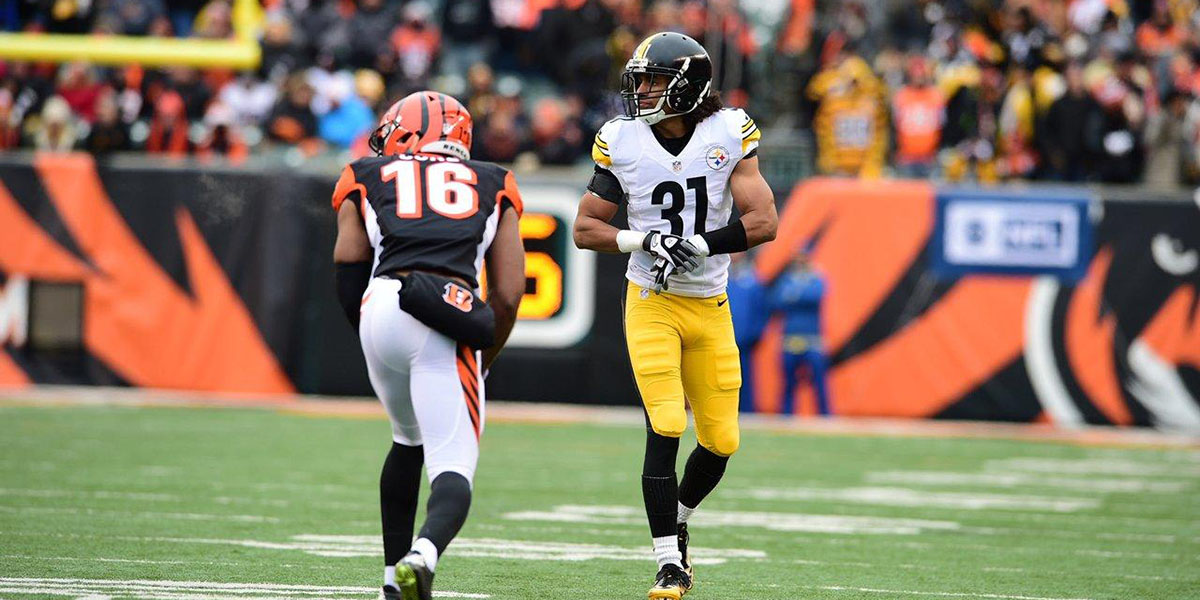 Film Room: How the Steelers defense got things done against the Bengals

I dislike a lot of things, but there are few things in life that I hate: the Cincinnati Bengals are one of those things.

And I’m sure I speak for a majority of Steelers Nation when I say that!

Sunday was a must-win game for our beloved Steelers. Not only because it would suck to lose to the Bengals, but because the Steelers needed to stay ahead of the Ravens in the AFC North race. (Which will now be decided on Christmas Day!)

Before I start talking about the Steelers defensive performance, I want to give a shout out to Chris Boswell. He scored the only points for the Steelers up until the 4th quarter.

We love you, Chris.

Now, let’s move on to defense… Despite having seven penalties, all around, our beloved defense played pretty well. They answered the call when the offense was struggling, and for the third week in a row, I’m starting off this defensive breakdown with a highlight from Sean Davis.

The Steelers red zone defense is ranked third-best in the NFL, only allowing a touchdown 45.65% of the time.

Sean Davis embodied this stat in the clip below, when he came in like a bat out of hell on a 2nd down and goal from the 3-yard line.

Timmons gets in on the play as well, with both he and Davis closing the holes quickly.

Now we segue from one rookie to another: Artie Burns.

I’ve said this before, but I did not except Burns to play much this year, if at all. I thought the majority of his play would be on special teams. Not because I doubt any ability in him, but because the change of pace in the game can be difficult for first year corners.

Burns has shattered every expectation I had for him, and he makes an excellent play just after Davis’.

Andy Dalton threw a quick out to Burkhead and Burns was there like he was shot out of a cannon. Even Burns wasn’t as aggressive as he was, this would’ve been a touchdown.

I think one of the key factors to this Steelers victory is the consistent play out of our secondary. This play by Ross Cockrell is a prime example.

Watch how far off the line of scrimmage Cockrell is: he recognizes the play developing and uses his speed to close in and force a fourth down.

Watch as Timmons gets pressure… which we see in this same play, but from another camera angle:

Dalton is rushed, and Burns is able to make the play; nearly intercepting the pass.

This turned out to be one of the biggest plays of the day, as this was the last time the Bengals would snap the ball on offense. They ended up punting with about 6 minutes left on the clock, and would never get the ball back.

This victory was a great one for the Steelers, against a division rival that had to be feeling good about themselves going into halftime… only to come out in the second half, and have the Steelers defense shut them out! (The Bengals failed to score in the second half and only had the ball for 3:10 in the fourth quarter!)

These are the best kinds of wins, in my opinion, but as enjoyable as this win was, the Steelers have little time to savor the victory. The Ravens are up next, and the Steelers have a chance to take the AFC North crown, on Christmas Day.

So as fans, let’s enjoy this win, and get ready for the team we hate the most!

Have a Happy Holiday Steelers Nation!

2 responses to “Film Room: How the Steelers defense got things done against the Bengals”