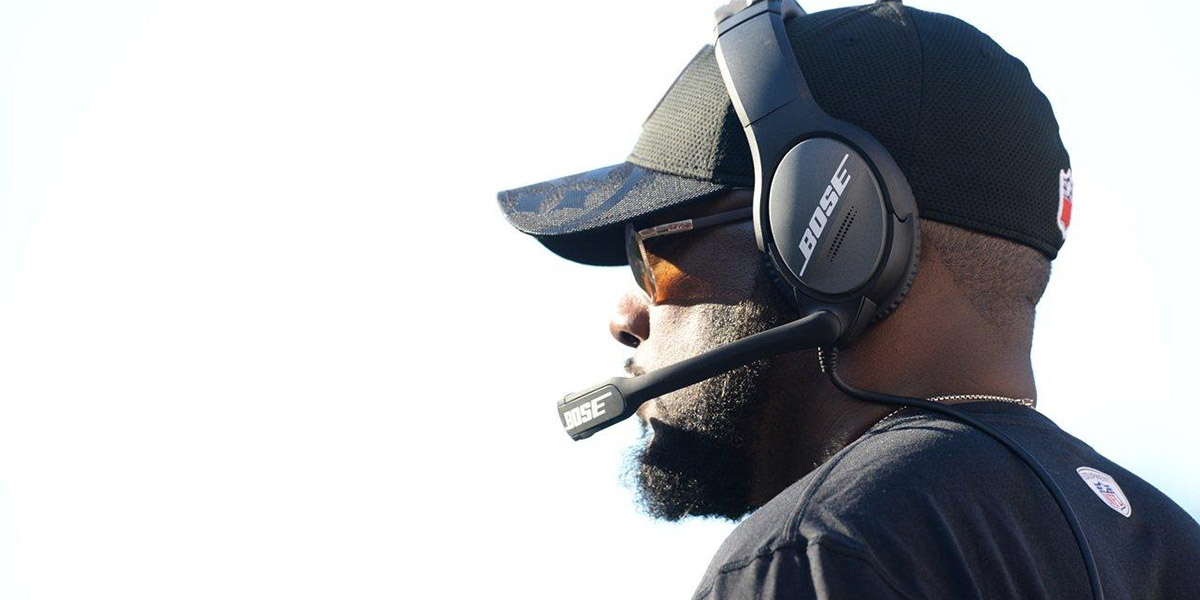 Is 2016 Tomlin and Colbert’s best draft?

Nation, I have a question.

Is it possible, that 10 years into his run as the head man of the Steelers, Mike Tomlin (along with Kevin Colbert and the dozens of other people who are responsible for the draft process) has maybe had the best draft of his career?

Is it possible that this might be the best draft the Steelers have had since, say, 1974 (Swann, Lambert, Stallworth, Allen, Webster, etc.) that produced 4 Hall of Famers?

Okay, you all know I’m a glass-half-full guy, but that might be projecting a bit much. I mean, c’mon now.

Still, that question has been percolating for a couple days now. When the draft ended, most of the “draftniks” felt that the Steelers had a solid draft. They thought Artie Burns (and in some cases Sean Davis) were reaches, but not absurd ones. The most common overall draft grade the Steelers got for 2016 was a B.

Let me be upfront and say I was happy with our draft (liked Artie, although I wished we could have taken William Jackson III (I’m glad now we didn’t!), absolutely loved Sean Davis and Javon Hargrave, and was cool with the rest). I think I probably would have given us a B+ or maybe an A-. So I fit right along with what most felt.

Hindsight, as they say, is always 20-20 however, still I don’t think anyone would have expected the type of progression that Burns, Hargrave and Davis have made through the season. Sean Davis has excelled since he became a full-time starter, and the Steelers haven’t lost since he was inserted as the starting free safety.

Artie Burns has improved each and every week and has taken over the starting CB duties, and allowed Will Gay to return to the slot position where he is most effective and comfortable.

And Javon Hargrave has become a force in the middle. He’s unblockable by one guy. And he’s versatile. He can play the end as well as the NT. When he’s at NT, he reminds me of Casey Hampton, but faster. The kid is explosive.

With the unprecedented play by 3 rookie defensive starters this season, and the fact that Tyler Matakevich and Demarcus Ayers have also found a way to make contributions during the season, you can’t help wondering if maybe this was Tomlin’s 1974?

So let’s take a look at 10 years of Tomlin/Colbert drafts and try and make the argument for each.

The table below shows the last 10 years of Steelers drafts. The standouts in each year are in italics, and the clear “misses” are in bold. At the bottom of each column is a pass/fail grade. I tried to come up with a complex multi-leveled formulaic approach to grading each draft, and gave up because it made my head hurt. So this is simple: If you have more hits than misses, you pass. If you have more misses than hits, you fail. (Guys who are in standard fonts were considered “contributors” or decent role players, but not standouts. Some guys (like Matt Spaeth) got standout for length of career and contributions.

2009 was especially tough because you could argue that Urbik and Lewis were hits, but they just spent most of their careers elsewhere. I split the difference and made Lewis a hit, and Urbik a contributor.  (And I know you all want me to mark Jarvis Jones and Landry Jones as busts, but they aren’t busts, they just aren’t hits!)

By that little, and overly simplistic formula, the highest graded draft I come up with is in fact, 2016 with a +3 passing grade.

Let’s be honest here, drafting is as much an art as it is a science. The Jacksonville Jaguars have gotten stellar grades for drafts the past few years, and where are they? It’s difficult to determine the actual value of draft until you are several years out. And this formula gives no value to late round picks who become gems (Beachum, Vince Williams and Antonio Brown for example). Conversely it doesn’t overcompensate for first and second round busts or under performers.

They are all passing drafts. In all of those drafts, we’ve gotten great players, no question.

Lawrence Timmons was Tomlin’s first pick, and 10 years later Law Dog is still doing his thing, and doing it at a high level. 2010 brought us Maurkice Pouncey and Antonio Brown, and it’s hard to say that draft was bad when you get two potential Hall of Fame players in the mix. 2013 brought us Le’Veon Bell, and all he’s done is win two team MVP’s in 3 years.

2015 and 2016 really are still too early to call, but they both look like solid and potentially great drafts with 2015 netting us Bud Dupree, Sammie Coates, Jesse James and Anthony Chickillo. And we still don’t know what we have in Senquez Golson.

Artie Burns, Sean Davis, Javon Hargrave. We’ve talked so much about these guys over the past few weeks, that I don’t know what more needs to be said. They sure do look like 3 solid hits to me, and in this early phase of their careers, it’s hard to argue otherwise.

Three rookie starters. Definitely a first for Mike Tomlin, and a rarity for the Steelers (1971 was the last time it happened, 45 years ago).

Noll made it happen, Cowher never did. Now Tomlin has 3 rookie starters.

I’ve already said that Sean Davis reminds me a lot of a certain long haired free safety who we all know and love. But he also reminds me a lot of a guy named Donnie Shell. Those are two guys who both deserve to be in the Hall of Fame, and yes, Sean Davis has a long way to go before he’s really worthy of being mentioned in that company – but he’s off to a good start, and I’m not the only one who has noticed. He won the Joe Greene Performance Award, essentially the Steelers Rookie of the Year, and it was the closest vote that some of the local media can ever remember, as Davis won in a squeaker over Artie Burns.

Speaking of Artie, he also reminds me of a couple guys in Steelers history, especially a certain graduate of Swaggin U. Except Artie can catch (Sorry Ike, but man you had hands of stone and you know it – still love ya though)! I also mentioned how he reminded me of a certain number 26 in a previous article, but Artie has even longer to go before I’m willing to really commit to that comparison. Woodson was all that and a bag of chips. But again, this is a rookie corner, starting, and playing at a high level.

In a recent Pro Football Focus post, they gave the rookie class their current grades, and Artie came in at 76.3 in whatever mystic formula PFF uses. 5th overall pick Jalen Ramsey was higher (83.1). 10th overall pick Eli Apple, wasn’t (71.0). 11th pick, Vernon Hargreaves, III? Nope! (62.3). And William Jackson got no grade after being injured all year.

You can check my math here, but that says to me that Artie Burns is the second best corner in the 2016 draft. Not too shabby young man!

That brings us to Javon “J-Wobble, Gravedigger” Hargrave. This is the pick I was the most excited about after the draft. This young man was going to be a stud. I made sacrilegious comparisons to number 75, and no, he’s not that good. But his power and his quickness and the fact that he simply cannot be blocked or stopped with one guy is very similar.

Hargrave has started since game 1 (okay, technically since we started game on in the dime, he wasn’t in, but he’s been top of the depth chart since game 1). And he’s been more than serviceable. He’s been good, and at times flashed great. He’s young, and he’s strong, and he’s only going to get better. The last time we had an interior lineman that I thought was this good was Big Snack Casey Hampton.

And we can’t forget that these are just the guys who have excelled thus far. Who’s to say that Jerald Hawkins won’t become a stud tackle and give Big Al a run for his money? Will Demarcus Ayers become more than a practice squad player? Can “Dirty Red”, Tyler Matakevich progress, and maybe become a solid backup at inside linebacker, or maybe, even a starter?

Is it possible that Travis Feeney is the only miss this year, and since he was stolen by the Saints, who knows if he doesn’t become a player for them down the road (ala Kraig Urbik and Wesley Johnson).

It’s ridiculously early to be making this kind of statement, but I can’t help myself.

Maybe I’m just giddy from playoff fever. Maybe I’m just naturally effusively positive (almost EVERYONE who knows me will be rolling their eyes at that).

And maybe I’m not. Maybe this is something special this year, something that only comes around once every 40 odd years.

This was a far better draft than anyone knew. I think it’s given us a bevy of potential all-pro level players, and a real foundation for the future on the defense. If Will Gay retires, maybe Senquez Golson becomes the next slot corner (Man do I feel bad for that kid).

Nation – I’ll say it know – this is Tomlin and Colbert’s 1974. This draft is a masterpiece (right now anyway). It could get even better.

And based on my silly formula, I’m really encouraged that the last two drafts (2015 and 16) may have been Tomlin and Colbert’s best work. It bodes well for the future.

One response to “Is 2016 Tomlin and Colbert’s best draft?”