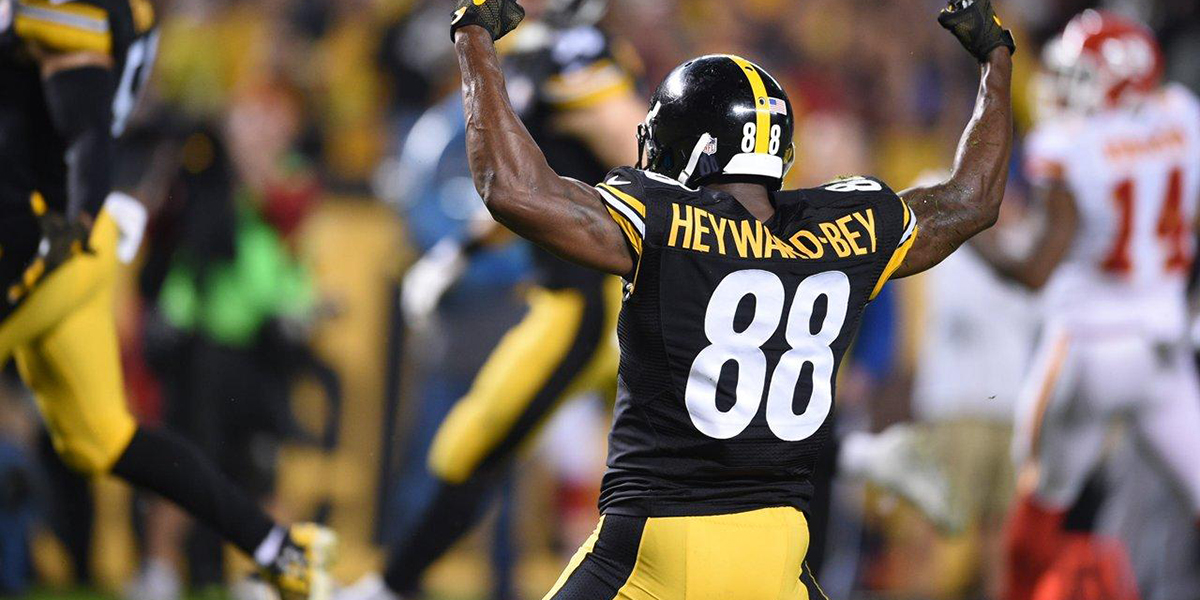 Steeler fans are used to the team’s cap room being tight. This year however the Steelers, though not the best in the league, are in good standing with cap room.

With the team looking to sign many long-term contracts in the near future, the Steelers may want to free up some cap room. Players like Antonio Brown, Le’Veon Bell, Alejuandro Villaneuva, Ryan Shazier, and Stephon Tuitt could all be getting big contracts this offseason or next. These players are major contributors to the Steelers and retaining them is important for the future of this team.

To be clear I’m not advocating any of these players being cut, but here are 4 Steelers that could be cap casualties…

William Gay is still playing good football at age 32. While he may have lost a step, he is still capable of starting in this secondary. Gay does have some competition though. The Steelers drafted Senquez Golson 2 years ago to be the starting nickel cornerback – the position Gay currently plays. If Golson proves that he can start and stay healthy there is a chance he could take Gay’s job. Add in the possibility of drafting another cornerback this year and its certainly possible Gay is a cap casualty.

The Steelers signed Ryan Harris in the 2016 offseason for offensive tackle depth. Unfortunately when he was finally called upon to play he got injured and was out for the season.

The Steelers drafted Jerald Hawkins, offensive tackle from LSU, in the 4th round of the 2016 draft for depth. While Hawkins impressed in training camp, he got injured and missed the season. Chris Hubbard was the next man up and though many had low expectations for him, he impressed in his limited action at tackle during the regular season.

With these young players providing solid depth at tackle, Harris could easily be a cap casualty.

2016 was an odd year for Darrius Heyward-Bey because in theory he should’ve been productive. With Sammie Coates and Markus Wheaton both dealing with their own respective injuries, Heyward-Bey had the opportunity to have a significant role in this offense. Instead, we saw Cobi Hamilton step up.

Heyward-Bey’s value primarily comes in special teams at this point. While he has value as a depth player, Heyward-Bey could be a cap casualty due to the Steelers depth at wide receiver. I am a big fan of Heyward-Bey and the valuable depth he brings to the team, but his production could be replicated by a player making less money. Cutting him would also help with giving opportunities to young players like Hamilton and Demarcus Ayers.

Arthur Moats has been a fan favorite within the Steelers organization during his 3 year tenure with the team. He’s easy to root for with his down to earth demeanor and team-first attitude.

Moats is a perfect example of a “solid but not spectacular” player. He’s had fairly consistent production with about 4 sacks each season. Though he doesn’t appear to have the upside of players like Bud Dupree and Anthony Chickillo, his value comes from his reliability.

Moats getting cut doesn’t seem very likely, but I wouldn’t say its impossible. If the Steelers draft more than 1 outside linebacker in the draft, there may be an odd man out within this group. Because of that cap hit, the odd man out could be Moats.