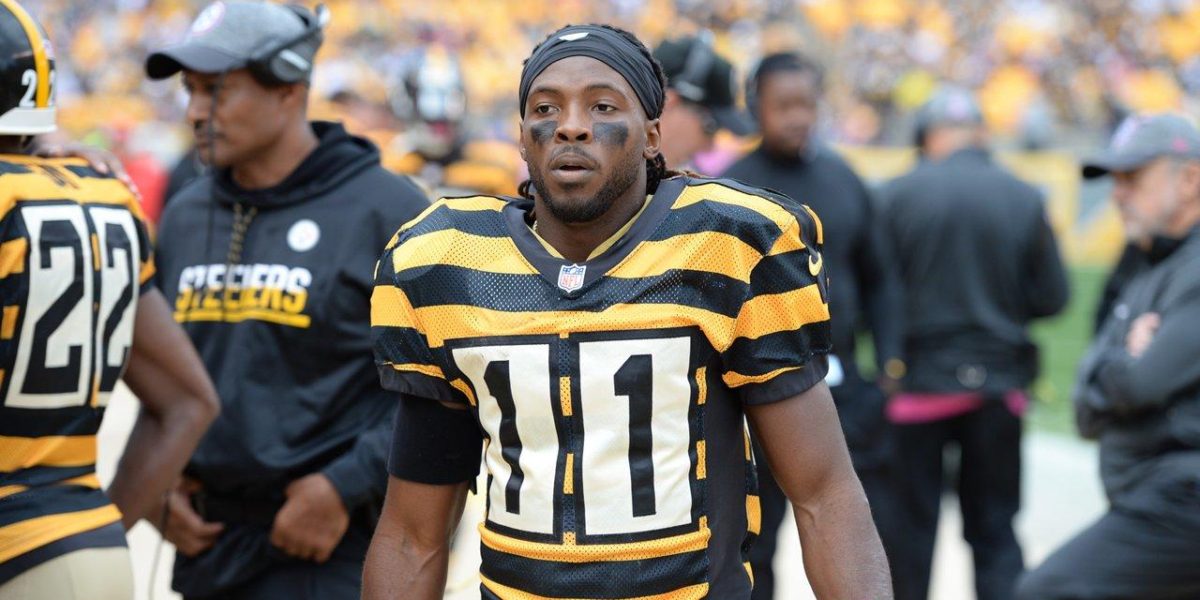 The Steelers have a big decision to make soon: what do they do with Markus Wheaton?

The wide receiver’s 4th season with the Steelers has concluded and he is set to be a free agent in March. When thinking about how the team will handle Wheaton, it’s easy to think back to 2013 when Emmanuel Sanders was in a similar situation.

In the 2013 offseason, the Patriots took action and tried to acquire Sanders. Adam Schefter reported…

The source said the offer sheet is a one-year, $2.5 million deal. The Steelers have five days — until the end of Sunday — to decide whether to match the offer or let Sanders go to the Patriots and receive a third-round draft choice from New England in return. (Schefter)

Many people thought the obvious decision was to let Sanders walk. He had never reached his potential in Pittsburgh and getting a 3rd round pick in return seemed like a great deal. Fans were ready to say their goodbyes. Some people viewed things different though, primarily a certain starting quarterback…

Big Ben has been lobbying hard to retain Sanders, calling coach Mike Tomlin and others on the staff urging them to match the $2.5M offer

Ben Roethlisberger lobbied for the coaching staff to match the Patriots offer and they eventually did, retaining Sanders for 1 more season. Ben liked Sanders, clearly he must have saw his potential and trusted him.

Wheaton could be in a similar situation.

Wheaton, like Sanders, has never seemed to reach his fullest potential. This year was especially disappointing because he was placed on injured reserve when this was supposed to be his breakout year. Wheaton flashed in 2015, his biggest game being against Seattle when he had 9 receptions for 201 yards and a touchdown. That season he was often overshadowed by Antonio Brown and Martavis Bryant, but that day he showed what he was capable of.

Ben lobbying for Wheaton’s return wouldn’t come as a surprise. This season the wide receiver depth chart was plagued with inconsistency and that may bleed into next season. Martavis Bryant is returning, but it’s hard to rely on him after being suspended for a year. Sammie Coates seemed to be a stud early in the year, but quickly regressed due to injury and failed to prove to be a reliable option.

Wheaton would provide Ben a reliable option that he trusts and has chemistry with.

An option for the Steelers could be signing a 1 year deal with Wheaton as they did with Sanders. This would be fair to both sides. For Wheaton this option could be especially enticing because it would allow him to play for a large contract in 2018. Though some team certainly could offer Wheaton a lucrative deal this offseason, the fact that he ended the season on injured reserve hurts those odds.

The Steelers busy depth chart may prevent Wheaton’s return though. If Bryant and Coates both pan out, Wheaton would most likely be relegated to the 3rd or 4th option. With Eli Rogers proving to be a reliable option as a slot receiver, that’s another spot seemingly filled. Young players like Demarcus Ayers and Cobi Hamilton also flashed potential this season and are much cheaper options than Wheaton.

Wheaton’s situation is one where we simply have to wait and see what happens.