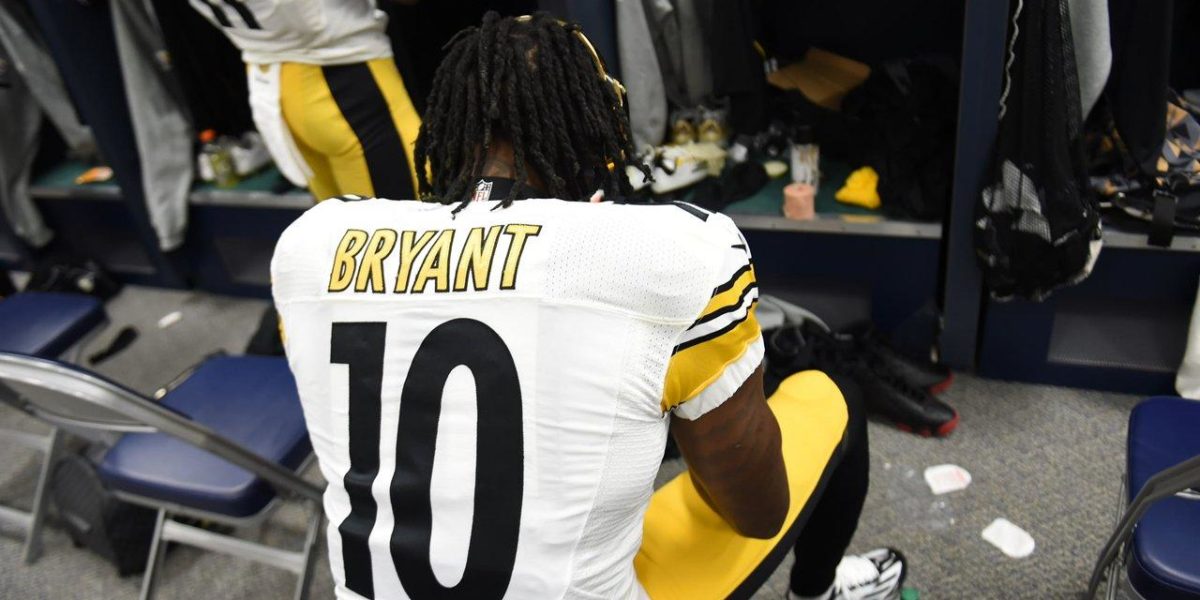 #FreeMartavis — Will Martavis Bryant be reinstated?

I am trying not to be a Twitter troll, but it gets harder and harder not to be with all of the tweets talking about “Martavis Bryant‘s reinstatement is imminent”.

Or my favorite: “Martavis Bryant’s reinstatement only a matter of time”.

Yes its only a matter of time because final word on whether Bryant would be reinstated into the NFL was supposed to have happened yesterday. Yesterday came and went, and now we’re hearing “He’ll be reinstated… soon”.

Could we coin this controversy #MartavisGate? Is Commissioner Roger Goodell is holding the Steelers hostage by dragging out his decision? It would benefit Pittsburgh to know if Martavis will be eligible to play in 2017 sooner rather than later. Members of the organization have been attending college pro days to scout potential draft picks. If Bryant returns, that could all but take a wide receiver off of the Steelers priority list.

But it appears Commisioner Goodell is content with waiting until there is a slow news day. Maybe so it will make him look good? Or maybe he looks at the Steelers depth chart and thinks a Bryant reinstatement would give Pittsburgh an unfair competitive balance?

I can picture him in his ivory tower now, thinking to himself, “Well that is way too many weapons for one team, especially the Steelers”.

No matter what reason Goodell is dragging is feet for, the current situation is this: no one knows if or when he will be reinstated!

Why he should be

First, look at the players before him who have had multiple issues and have been reinstated quicker than this. Josh Gordon comes to mind, as well as our own Le’Veon Bell. Though the latter was not as blatant of a misconduct issue than Gordon, Bell’s verdict was rendered rather quickly.

Next, look at what Bryant has been publicly posting. He has been working his butt off training his body and mind to come back better, stronger, and faster thatn ever. (That sounds a lot like the The Six Million Dollar Man!) Bryant is also getting himself ready mentally by surrounding himself with only good people. He’s a father now, and he even coached high school football while on sabbatical. (If Tom Brady‘s 4-game suspension can be called an extended vacation, then I am calling the year Bryant was out a sabbatical. Sue me!)

He has been very clear in the last few weeks that he cannot wait to return. He is ready to be a Steeler again, and by all accounts, he has done everything asked of him during his suspension.

He should have been cleared by now.

Head coach Mike Tomlin even got on the bandwagon at the owners meeting this week:

“We’re hopeful… Martavis is a good guy. We wish him nothing but the best. But the train moves on and we’ve been on it for 12 months. Hopefully, he’ll get on.”

We are of the mindset that the word of the day is eventually.

I mean, what is the league waiting for? Oh wait, they are still working on that “how to celebrate a touchdown video”. (Yeah, that’s important.)

Until we hear otherwise, the delay looks like MartavisGate to me. Let’s trend #FreeMartavis. Or as so deftly put by his soon-to-be teammate again Ramon Foster: “#FreeDaGuy”.