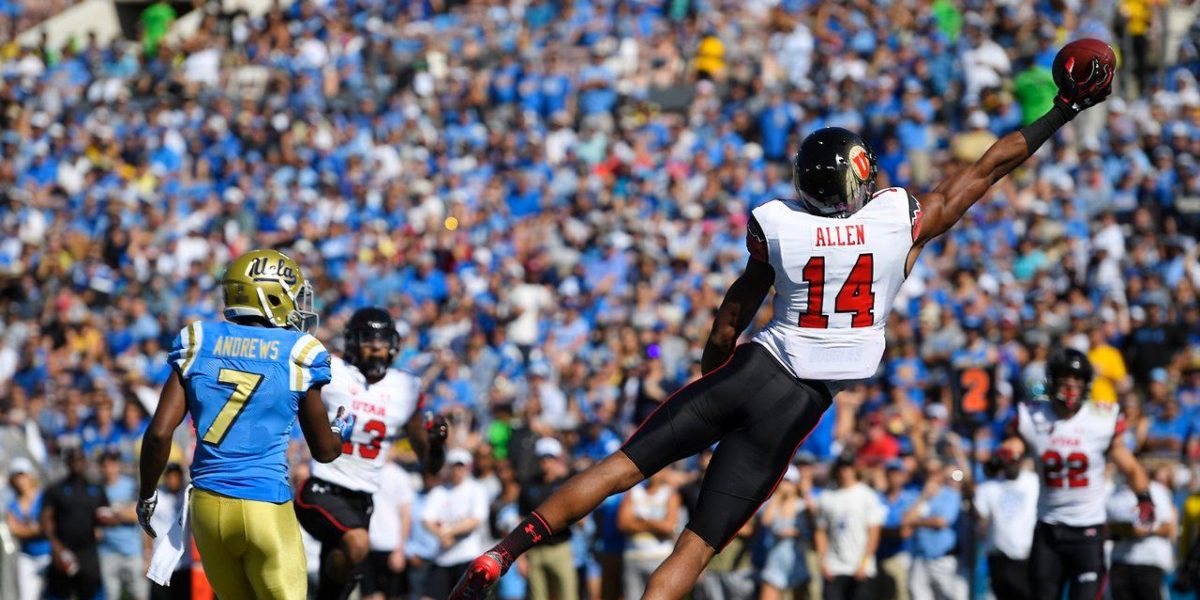 Following the Pittsburgh Steelers selections in the first two rounds of the 2017 NFL Draft, fans were getting anxious for secondary help.

Well, they got their wish. Not only did the Steelers add CB Cameron Sutton from Tennessee in the third round, they double-dipped in the fifth by also adding CB Brian Allen from Utah.

The Steelers needed a tall corner and they finally got one. Allen is a 6’3″, 215 pounds aggressive corner. He has great length, 34″ arms, and 10″ hands. He’d be a perfect fit to play on the outside, as a boundary cornerback.

Although he can also play zone, Allen excels at man coverage. He’s the kind of corner that’ll punch a receiver in the mouth (not literally), and throw him off his route. His size makes it hard to throw over him.

Hailing from La Marque, Texas, Allen racked up 62 tackles, 14 passes defensed, and five interceptions during his collegiate career at Utah, but he is still going to be a work in progress.

One thing Allen struggles with is tackling; which I understand can happen when you make the switch from receiver to corner. He also needs to work on locating the ball on deep throws. During his 2016 season, Allen gave up 21.6 yards per completion.

Although Allen does have his struggles, he has tremendous upside. He has amazing size, speed, and agility, which are all the traits that you would want out of a corner. The Steelers might need to be a little more patient with this kid if he’s going to develop into what they’re hoping for.

I really like this prospect. I love all of the corners on the current roster, but I’ve been hoping for a corner with more length, and Brian Allen is that guy. He is the kind of guy that you’d want to put up against someone like A.J. Green.

Overall, this is a good pick. A pick that adds some much-needed depth at a position that was lacking such, and may give the Steelers more options with press coverage in the near future.