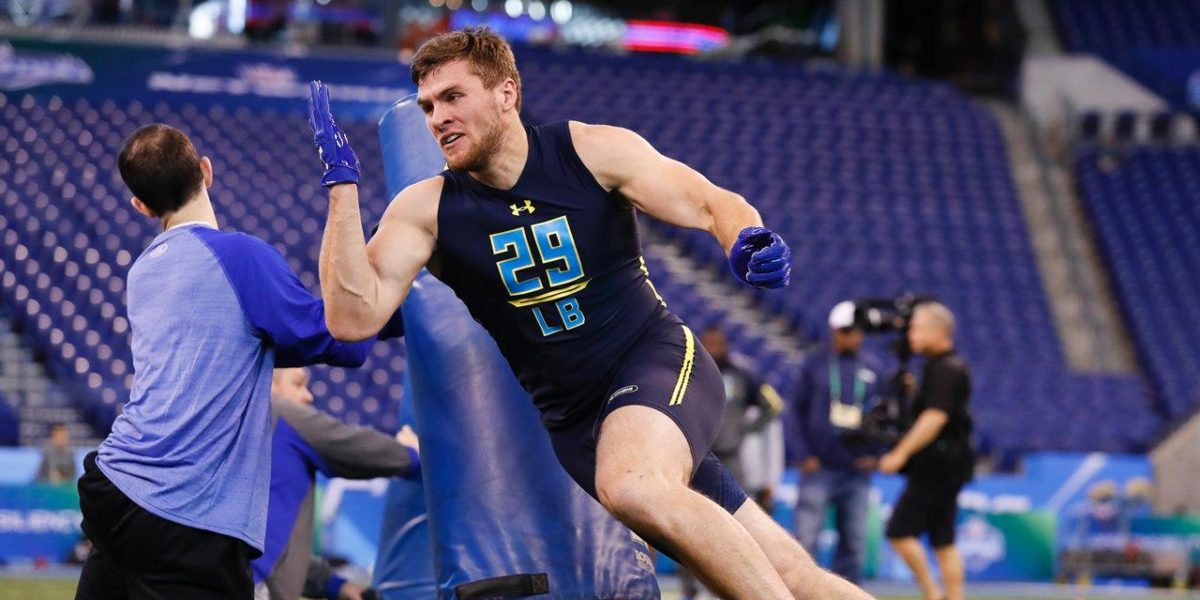 Should the Steelers be concerned with T.J. Watt’s injury history?

The amount of trades and quarterbacks taken in the first round of this year’s NFL Draft made it Steelers-friendly for the first round. When pick number 30 rolled around, Pittsburgh had their choice of almost any really good athlete.

In what I felt was a surprising first pick, they drafted edge rusher T.J. Watt from Wisconsin. T.J. is the younger brother of Houston Texans All-Pro and 2x Defensive Player of the Year J.J. Watt. The pro football pedigree runs in his family, as his older brother Derek Watt plays fullback for the Los Angeles Chargers.

Watt is by all accounts an incredible athlete. Standing at 6’4″ tall and weighing 252 lbs., T.J. was a First Team All-Big Ten, and Second-team All-American.

Watt nearly took a year to recover from his first injury, before injuring the opposite knee. The injuries, with the surgeries to repair them, kept Watt off of the field for nearly three years. He would not play in a single game from September 2012 through October 2015.

The injuries forced a change for Watt who would convert to playing defense. His on-field experience is limited to playing in 27 games over the course of two seasons, with 14 starts for the Badgers. Hitting and not being hit should help the Steelers first round draft pick, but hearing his injuries were related to a genetic condition are a bit disconcerting.

I am not the Steelers GM, and I trust, for the most part, their draft decisions. However, I’m not sure how much homework the team performed on last year’s free agent catch, Ladarius Green, who missed various portions of the 2016 season with a variety of injuries and concussion concerns.

Should Watt’s knee injuries be a concern for the Steelers?

In March of 2015, Watt suffered his last knee injury, what would be called a “Patella Subluxation” which is the same thing as a dislocation of sorts. This actually happens more to female athletes according to Dr, Drez Orthopaedic Sports Medicine, but it can happen to anyone that has a sudden change in direction when their leg is planted.

This puts the kneecap under stress. A dislocation may also occur as result of direct trauma. The problem usually occurs toward the outside of the leg, and you can visually see the kneecap move out of place. Kneecap dislocations usually occur as a significant injury the first time the injury occurs, but the kneecap may dislocate much more easily thereafter.

When the kneecap comes out of joint the first time, ligaments that were holding the kneecap in position are torn. The most important torn structure is called the medial patellofemoral ligament, or MPFL. This ligament secures the patella to the inside (medial) of the knee. When a kneecap dislocation occurs, the MPFL must be torn.

This happened with Watt in his 2013 season to his left knee. Once the MPFL is torn, it often does not heal with proper tension, and the kneecap can subsequently dislocate more easily. That is why recurrent dislocation of the kneecap occurs in a high percentage of patients who have this injury. (source: VeryWell.com, Board Certified Orthopedic Surgeon MD, J.Cluett).

This is my concern as the Steelers are looking for their next great pass rusher as part of their win now phase of Ben Roethlisberger‘s career. Watt has had injuries to both knees and repeatedly the same injury. It is there asking for a repeat occurrence. As a linebacker, T.J. will have to not only put extra stress on those knees as the position calls for, but transitioning to the NFL from college, and what those workouts require (see James Harrison) I find it hard to believe he could be the heir apparent to James Harrison.

Or have close to his longevity.

There is a mystery with these injuries, not only in how to treat them (surgery versus rest and rehab) but the likelihood of re-injury is based on the health of the patient. Their continued activities will put stress on those knees.

Time will tell what our new draft pick can do. I believe training camp will be a huge key determining factor. If Watt can come out of a Tomlin training camp healthy, and available to back up “Deebo” by the preseason, I may change my mind and buy into this new era of Watt-ness.

One response to “Should the Steelers be concerned with T.J. Watt’s injury history?”