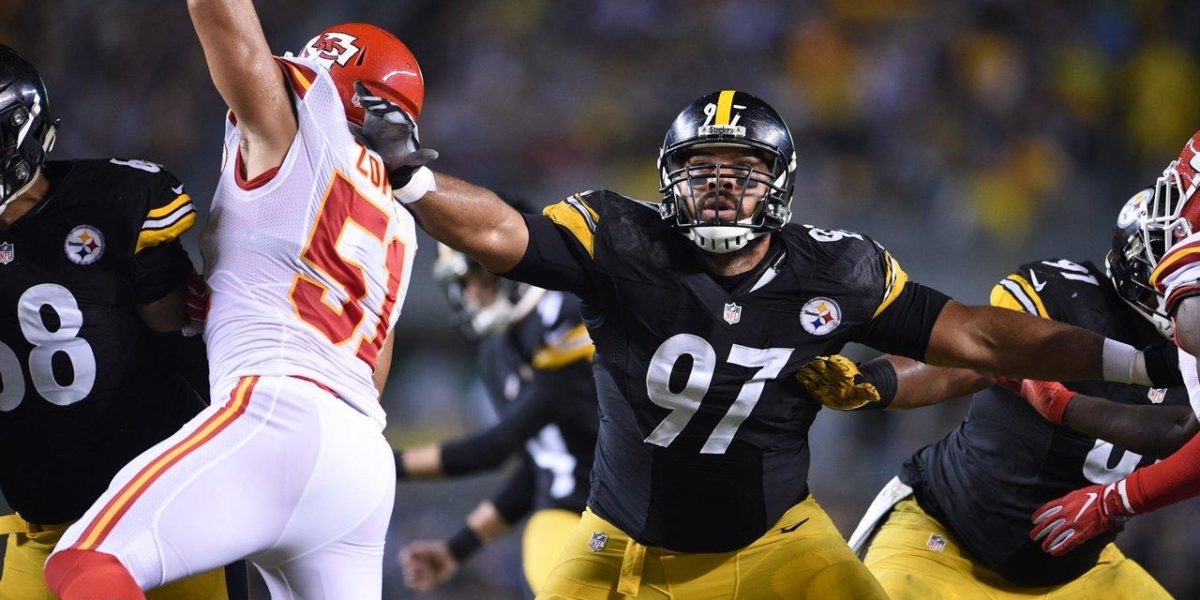 After a torn pectoral injury left Steelers defensive end Cameron Heyward cheering from the sideline instead of playing on the football field, younger athletes such as L.T. Walton (a sixth-round pick in the 2015 NFL draft) received extra playing time and truly stepped up when it mattered the most.

With the loss of Heyward after the Week 10 matchup versus the Dallas Cowboys, it was as if the world stopped for a split second and the fans of this team came to their senses that the season just might be over. Sitting at 4-5 at the half-way mark and losing three straight football games, the Steelers defense needed the younger athletes to step up and use that “Next Man Up” type of mentality to push themselves to the playoff. (Which seemed like it was so hard to accomplish.)

Pittsburgh leaned on the young defenders, which provided them with reliable enough play that led them on a nine-game winning streak and propelled them to the AFC Championship game against the New England Patriots: just one game short of the biggest stage, Super Bowl LI.

While the Steelers didn’t advance to the Super Bowl in 2016, they left behind something to be proud about and that is the ability to fight no matter what happens to a certain athlete on offense or defense. Heyward’s absence was once considered an alarming deal that couldn’t be fixed. Now fans sometimes forget that Pittsburgh still has him on the roster and that he is one hundred percent healthy. He will be an impact player on the defense in 2017.

With the goal of making fans remember that yes, the Steelers indeed have an athlete that is a physical force and leader in Heyward still on the roster, we are going to dive into some film on the former first-round draft pick from Ohio State.

Is there anything Cameron Heyward can’t do?

Against the Denver Broncos in a week 15 showdown, the Steelers defense needed some splash plays quickly after being down 27-13 at the start of the second-half of play. Pittsburgh eventually made an epic comeback and didn’t allow a single point to be scored by Denver in the final two quarters, resulting in a 34-27 victory.

The above play showcases a sack by Heyward and a terrific one at that. Working against left guard Max Garcia, Heyward utilizes his power and drive to push Garcia back into quarterback Brock Osweiler and uses a “swim move” to get past and register the sack: ending in an eight-yard loss on the play.

The “swim move” mechanic by defensive athletes is a way to keep the offensive lineman off guard and to get to the quarterback. You want to give the lineman a little jiggle to freeze him a split second, then you hit him on the shoulder pad and reach over the top like you’re swimming, hence the name, and this should propel you to the quarterback, resulting in a sack.

Lined up against All-Pro left tackle Andrew Whitworth, Heyward recognized an opening in the middle of the line and made his way around and through to knock the ball out of quarterback A.J. McCarron’s hand, resulting in a fumble (recovered by Cincinnati).

Even though the Steelers were unable to fall on the football, the loss of 11-yards is huge in a playoff game.

This play should jog your memory that Heyward is a physical athlete who can push the pocket back along with pushing big strong offensive lineman. Working against Kanas City Chiefs left guard Zach Fulton, Heyward uses his incredible power to basically manhandle Fulton (who is a 316-pound lineman).

The play was a designed run/pass by Chiefs quarterback Alex Smith to the left. The offensive line rolled out to that side and Smith could have either thrown the pass or ran for a few yards. Both of those ideas were disintegrated when Heyward came into play and sacked Smith for a loss of five yards.

If you were to say that Cam Heyward physically abused the Chiefs in Week Four, you wouldn’t be wrong. He finished the game with three total sacks, two pass deflections (one resulting in a Jarvis Jones interception) and seven total tackles: it was total domination.

In the above play, Heyward was working against Eric Fisher, the first overall pick in the 2013 NFL Draft. What makes a football player stand out from an average athlete is understanding the game at a higher level (high football IQ). Heyward not only understands the game, he impacts it due to this knowledge.

Recognizing that Smith is about to throw the football and that he is in a total position to impact the play, Heyward puts his hand up and tips the ball into the air. Linebacker Jarvis Jones comes flying out of nowhere to intercept the football and return it to the five-yard line.

It’s little plays like this that make a defense stand out from the rest.

The Steelers managed to accomplish big things without their defensive leader in Heyward, but his return in 2017 will not only impact everyone on the defensive front, but it will help outside linebackers such as Bud Dupree and rookie T.J. Watt to improve their sack total, and truly discombobulate their opponents.

Those offensive linemen on the other side of the football should take notice that Cam will be back in a big way!