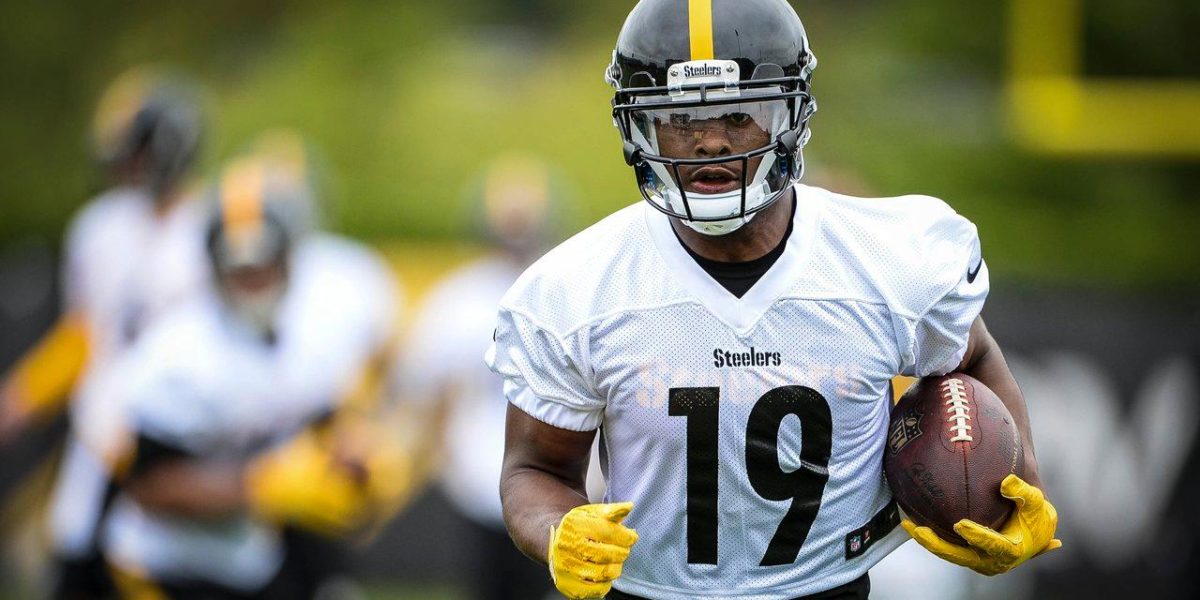 When looking at the scouting reports for both Martavis Bryant and Sammie Coates you could see some common phrases stick out: “an outstanding combination of size and speed”, “better tester than football player”, “unreliable target”, “shaky hands”.

The Steelers had an affinity for this breed of wide receiver, having targeted one with a mid-round pick in back-to-back years. This is why nobody saw JuJu coming; and for some, it still is. It’s difficult to imagine the role JuJu would play in the Steelers offense. Would Antonio Brown start playing in the slot more? Will he rotate with Bryant?

But it seemed to all make sense when I remembered the name of one of the most underrated Steelers in recent history: Jerricho Cotchery. Cotchery wasn’t known for his blazing speed, rather his physicality and route running. He is also built very similar to JuJu:

Years ago Cotchery had a very quiet ten touchdown season. The Steelers haven’t forgotten how successful Cotchery was in Todd Haley’s offense and may have sought a similar player. It’s easy to connect the dots and wonder if JuJu will play a related role in the offense as Cotchery years ago: as a big, physical slot receiver.

Big man in the slot

When many think of slot wide receivers they think of the “Wes Welker” types: quick and fast.

That’s not always the case for a player like Cotchery, who saw a lot of success in the slot.

In the clip above you can see Cotchery getting open with his route running. The defense bites on the fake screen and Cotchery slips through and catches a wide open touchdown.

JuJu scored versus Arizona in 2016 with a similar route. Though not a fake screen, he still works from the slot and gets open. The cornerbacks are playing off-coverage and JuJu takes advantage of them:

What this clip also displays is JuJu’s physicality. Most wide receivers would’ve been tackled at the 10 yard line or run out of bounds.

He lowers his shoulder and breaks two tackles while dragging a third man into the end zone with him.

A common question asked when adding new players is “Can they help us beat the New England Patriots?” (Because that’s the question on everyone’s mind these days!)

To answer your question, I’d like to point to the Steelers 2013 matchup versus the Patriots. Yes the Steelers lost this game, but that day Cotchery caught three touchdown passes.

Again, Cotchery catches a touchdown from the slot. The Patriots had no answer for Cotchery’s size and physicality, therefore it’s a smart move to invest in a similar player with greater upside.

This is the type of play we could expect from JuJu. With his size and physicality (like Cotchery), JuJu could run simple routes down the middle of the field and give Ben Roethlisberger a large target to throw to. It’s worked before against the Patriots and JuJu is capable of replicating Cotchery’s role.

JuJu scored on a similar route versus Idaho in 2015.

Here you see JuJu split the defenders with a post route and make his way right into the end zone.

Again working from the slot, we see JuJu’s change of direction skills alongside his physicality. He catches a screen and quickly turns up the field, the finishes the play by running right through the defender.

This clip, along with the others, shows that despite the fact that JuJu isn’t a burner like some of his fellow teammates, he is still a threat in the open field.

While the Steelers may not have drafted JuJu to solely be a Cotchery clone, examining this former Steelers role and success is a good place to start when trying to determine how JuJu will fit in this offense.

An ideal scenario on this offense appears to be having Antonio Brown and Martavis Bryant on the outside with JuJu Smith-Schuster in the slot. This trio could prove to be the most dangerous group of receivers in the league if everybody plays up to their potential.

If a 30-year-old Cotchery can prove to be a dynamic option in the slot for the Steelers, there’s no telling what JuJu can do. The sky is the limit for the young player.