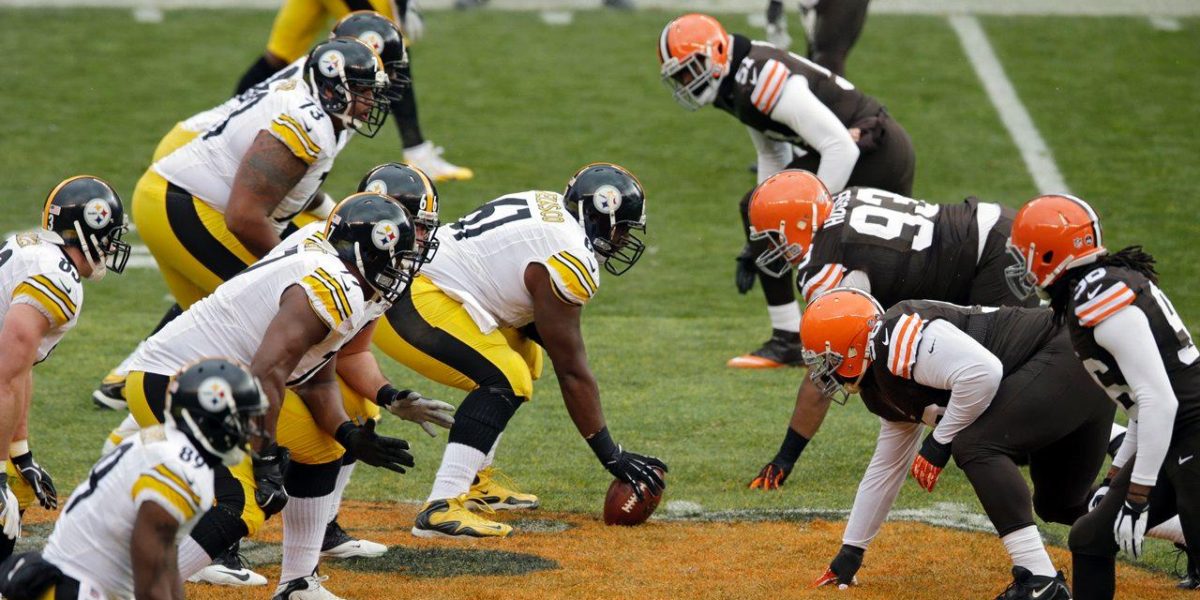 Are the Steelers ready to put their red zone issues behind them?

Tell me if you’ve heard this one before – “The Steelers need to improve their Red Zone efficiency!”

If you said “No”, you haven’t been paying attention.

The Steelers, for the last seven seasons, have been no better than 12th in the league (2012) and no worse than 19th (2014). The numbers I’m referring to here are the important ones: touchdowns. The stats I’ll be using are relating to touchdown scores only, not including field goal attempts.

Let’s take a look at a comparison of teams who, at some point anyway, were number one in red zone efficiency during those sevens seasons: the Colts, Lions, Packers, Broncos, Raiders, Panthers and Titans. We’ll compare them with the Steelers.

This first chart shows the variances by ranking:

The Steelers average rank is 15.43, which is barely in the top half of the league. Detroit, Tennessee, and Green Bay are the three teams who rank the highest consistently; which was a surprise to me considering Detroit and Tennessee haven’t sniffed a real playoff run, let alone a conference title game or Super Bowl appearance.

Note: while the Steelers would be the last team on this list, all of the others have wildly ranging rankings, jumping from 1 to 32 in some cases. The Steelers, on the other hand, have been pretty consistent.

Now, let’s look at this a different way, by efficiency (or scoring percentage):

Detroit, Green Bay, and Tennessee are still the top three teams here, but the Steelers jump ahead of Oakland and are just .2 percentage points behind Carolina. Again, there is a huge variance in most of the teams, but the Steelers have remained fairly consistent.

This list is also notable for the one team that’s missing – New England.

The Road is Rough

The truth is, the problem isn’t really with the Steelers red zone overall. Only one aspect of their red zone play – when they are on the road.

Look at the numbers and the variances in their road-versus-home red zone efficiency.

The question I asked myself as I started this was this – are the Steelers still having red zone issues, or are they gone? Clearly they are when they are away from the friendly confines of Heinz Field. The road issues the Steelers have had over the past few seasons have been covered repeatedly, and you can make the argument that it boils down to the play of the quarterback during those road games.

The Steelers lost three road games during the regular season last year: Miami, Baltimore, and Philadelphia. In those three games, they were a staggering 1-for-4 in the red zone. The 25-percent rating is bad enough, but what’s worse is that in three games they only had four red zone attempts.

They didn’t even have one in Miami!

No question about it: in those three games, Ben Roethlisberger wasn’t good. Big Ben had passer ratings of 62.4 vs Philly, 57.1 vs. Miami and 67.3 versus Baltimore. But it wasn’t just Ben. Le’Veon managed only 32 yards against Baltimore and 53 against Miami while DeAngelo Williams had a meager 21 rushing yards against Philly.

The receivers (other than Antonio Brown, who was his normal self for the most part) contributed next to nothing. The defense played okay against Baltimore but was not good against Philly or Miami. The point is, it wasn’t just Ben – in each of those games, it was an overall team let down.

In their road wins, the Steelers were 3/3 in the red zone in Washington, 3/6 in Buffalo, 1/1 in Indianapolis 1/5 in Cincinnati (where they won thanks to the toe of Chris Boswell). They were also 1/4 in Cleveland. Overall, that’s 9/19 for a percentage below 50 – but better on average than their season road average.

So What’s The Bottom Line?

The bottom line is the Steelers were not as bad as their numbers indicated on the road. They weren’t as good as they were at home (not even close) but they weren’t always bad.

The issue may come down to personnel. Last year, Ben had a receiving corps of AB, Sammie Coates, Eli Rogers, Cobi Hamilton, Darrius Heyward-Bey, and Demarcus Ayers. At tight end, it was primarily Jesse James, with a few games of Ladarius Green and appearances by David Johnson and Xavier Grimble. Missing the guy they hoped would be a primary red zone threat (Green) for the majority of the season wasn’t helpful. And missing another large red zone threat all season (Martavis Bryant) also wasn’t helpful.

Martavis Bryant is back, at least conditionally. In addition, the Steelers have added receivers with size like Justin Hunter and JuJu Smith-Schuster to help Big Ben. 6’8” TE Phazahn Odom is a developmental player who could also provide great red zone productivity, especially paired with 6’7″ Jesse James. Add in James Connor who might be the “thunder” to Le’Veon Bell’s “lightning” and you have the potential to give opposing defensive coordinators nightmares.

There have been numerous articles from all over about how much potential the Steelers offense has. Of course, right now it’s just that – potential. It looks really good on paper, and in shorts. How it looks in pads is yet to be seen.

When the Steelers are playing with all of their pieces in place, I don’t think it will matter if they are at home or on the road. They will be better in the red zone.

There was a reason they didn’t attempt as many two-point conversions in 2016 as they did in 2015. They simply didn’t have the personnel. And if you don’t have the personnel for two-point conversions you are likely going to have red-zone issues. The fact that they were able to score from outside the red zone pretty consistently was also a big factor in their success last year. When they were able to do that, they usually won.

This season is a story that is yet to be told. While the outlook would appear to be a positive one, we all know it’s a long season. So many things have to go right. Yet it’s hard not to be optimistic, even if it’s only cautiously so. This team feels primed. It feels like, as one ex-Steelers quarterback once said, like a big strong stallion just waiting to break free.

If the Steelers can improve, even slightly, in their road red zone efficiency, they will be a frightening team.